Under the revised action plan, curbs can be imposed on polluting activities up to three days in advance, based on forecasts 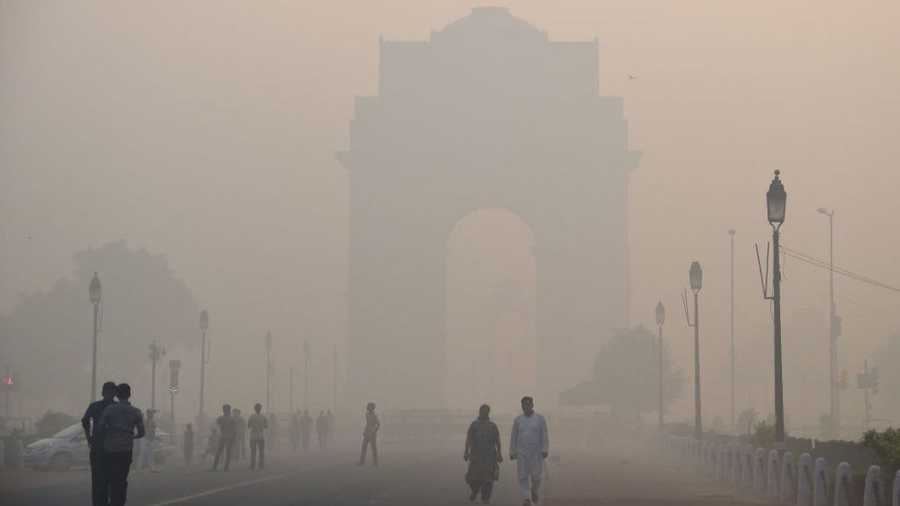 The green war room will monitor violations and redress complaints and grievances in keeping with the practice being followed for the last two years
File picture
PTI   |   New Delhi   |   Published 01.10.22, 10:15 AM

The Revised Graded Response Action Plan (GRAP) - a set of measures followed to tackle air pollution in Delhi and its adjacent areas according to the severity of the situation - came into force from Saturday.

Considering suggestions from the public and experts that early precautionary measures can prevent deterioration in air quality, the Commission for Air Quality Management (CAQM) decided to implement GRAP early this time.

Under the revised action plan, curbs can be imposed on polluting activities up to three days in advance, based on forecasts.

The environment department will be using the new real-time source apportionment system which will help identify the sources of air pollution in real time and the data will be available from October 20, officials said.

The green war room will monitor violations and redress complaints and grievances in keeping with the practice being followed for the last two years.

Under Stage I, the CAQM has recommended strict action against polluting industries, vehicles and biomass burning.

The use of coal and firewood, including in tandoors in hotels, restaurants, open eateries, and diesel generator sets, except for emergent and essential services, is banned under Stage II.

If the situation turns "severe" (Stage III), authorities will have to enforce a ban on construction and demolition activities in NCR, except on essential projects (such as railways, metros, airports, ISBTs, national security/defence-related projects of national importance) and non-polluting activities such as plumbing, carpentry, interior decoration and electrical works.

Brick kilns, hot mix plants and stone crushers not operating on clean fuels, and mining and associated activities in NCR will also be banned under Stage III.

The measures in the "Severe Plus" category or Stage IV include a ban on the entry of trucks into Delhi, and on the plying of Delhi-registered diesel-run medium goods vehicles and heavy goods vehicles in the national capital, except those carrying essential commodities.

The use of four-wheeler diesel light motor vehicles, except for BS-VI vehicles and vehicles engaged in essential services, will also be banned in Delhi and the bordering districts of NCR.

Stage IV will also entail a ban on industries running on dirty fuels and on construction and demolition activities in linear public projects such as highways, roads, flyovers, over bridges, power transmission and pipelines.

The state governments can consider allowing 50 per cent staff to work from home in public, municipal and private offices, and undertake additional emergency measures such as closure of educational institutions and the plying of vehicles on odd-even basis etc.

This time, restrictions will be based on AQI values rather than PM2.5 and PM10 concentration.