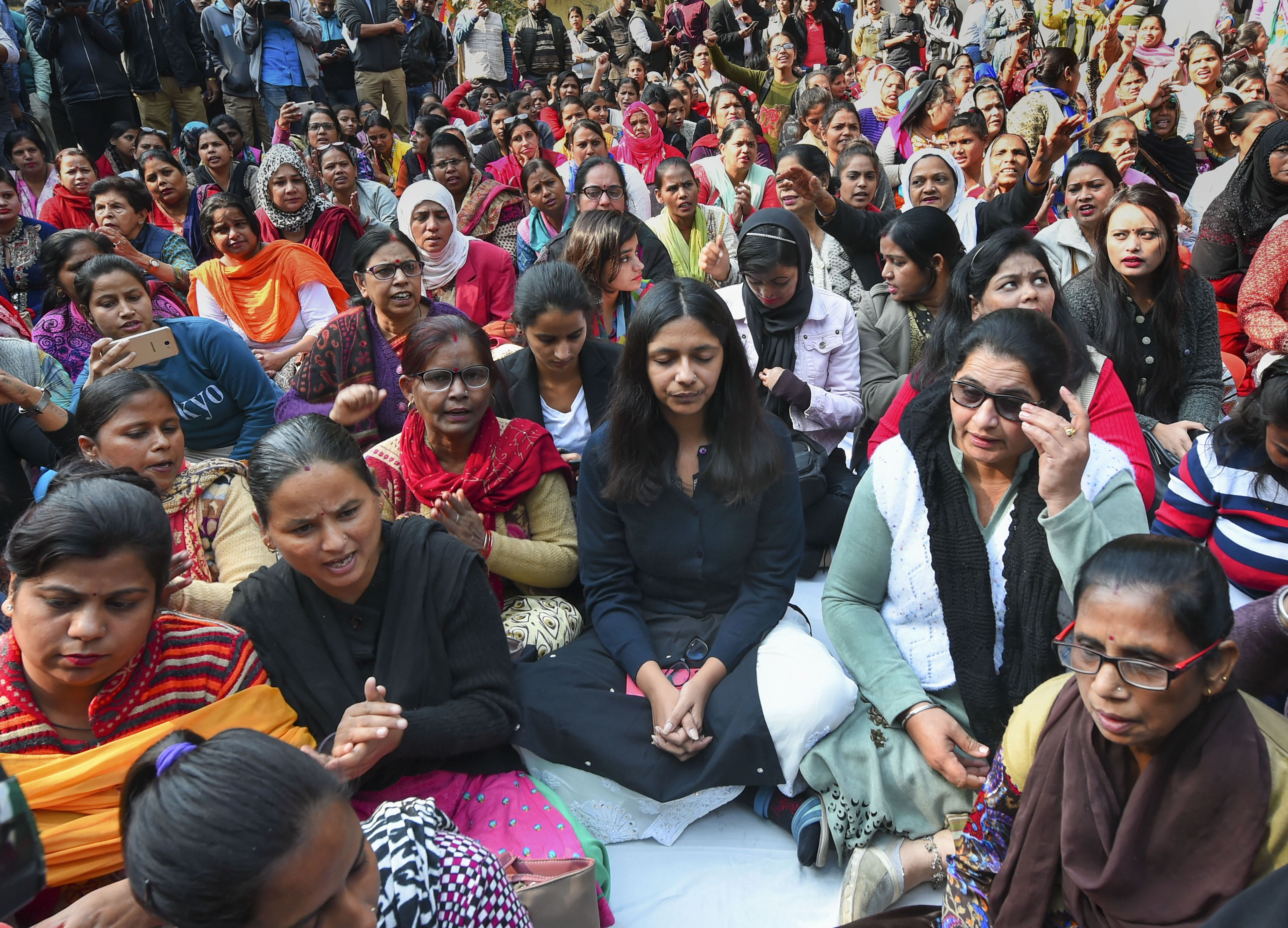 Delhi Commission for Women (DCW) chief Swati Maliwal sat on an indefinite hunger strike at Jantar Mantar on Tuesday against the recent incidents of rape.

Earlier, she had alleged that police had not given her permission to hold the protest. The Delhi police have, however, said that they have not rejected the demand of holding the protest.

Maliwal also wrote to Prime Minister Narendra Modi demanding that rapists be hanged within six months of their conviction and cited the recent incidents of the gangrape and murder of a Hyderabad veterinarian and the rape of a six-year-old girl in Rajasthan.

'Now, I want the Prime Minister to implement the law. I am demanding strict and swift punishment. We need to enhance the infrastructure for a better implementation of the law. In Delhi, there is a shortage of 66,000 police officers and 45 fast track courts,' she said.

The police said a letter was sent to the DCW for obtaining details of the protest, mode of transport, microphone arrangements and the number of protesters who were supposed to take part in it, with a copy of an undertaking to be filled according to the Supreme Court guidelines.

The details regarding it is awaited, they said.

On the issue of rape cases, over 15 lakh people from across the country have signed petitions on change.org in the last four days seeking justice for the 27-year-old veterinarian.

Started on November 29, the petition gathered 3 lakh supporters in just 24 hours and continued to grow rapidly, according to a statement by change.org.

'Within four days, over 500 petitions have been started by regular citizens in an attempt to register protest and anger and the biggest petition that has gathered the signatures of over 8 lakh people has been started by another veterinarian from Mumbai Dr Shantanu Kodape,' the statement said.