Advertisement
Home / India / Day of ‘hell’ for journalist in Srinagar

Day of ‘hell’ for journalist in Srinagar 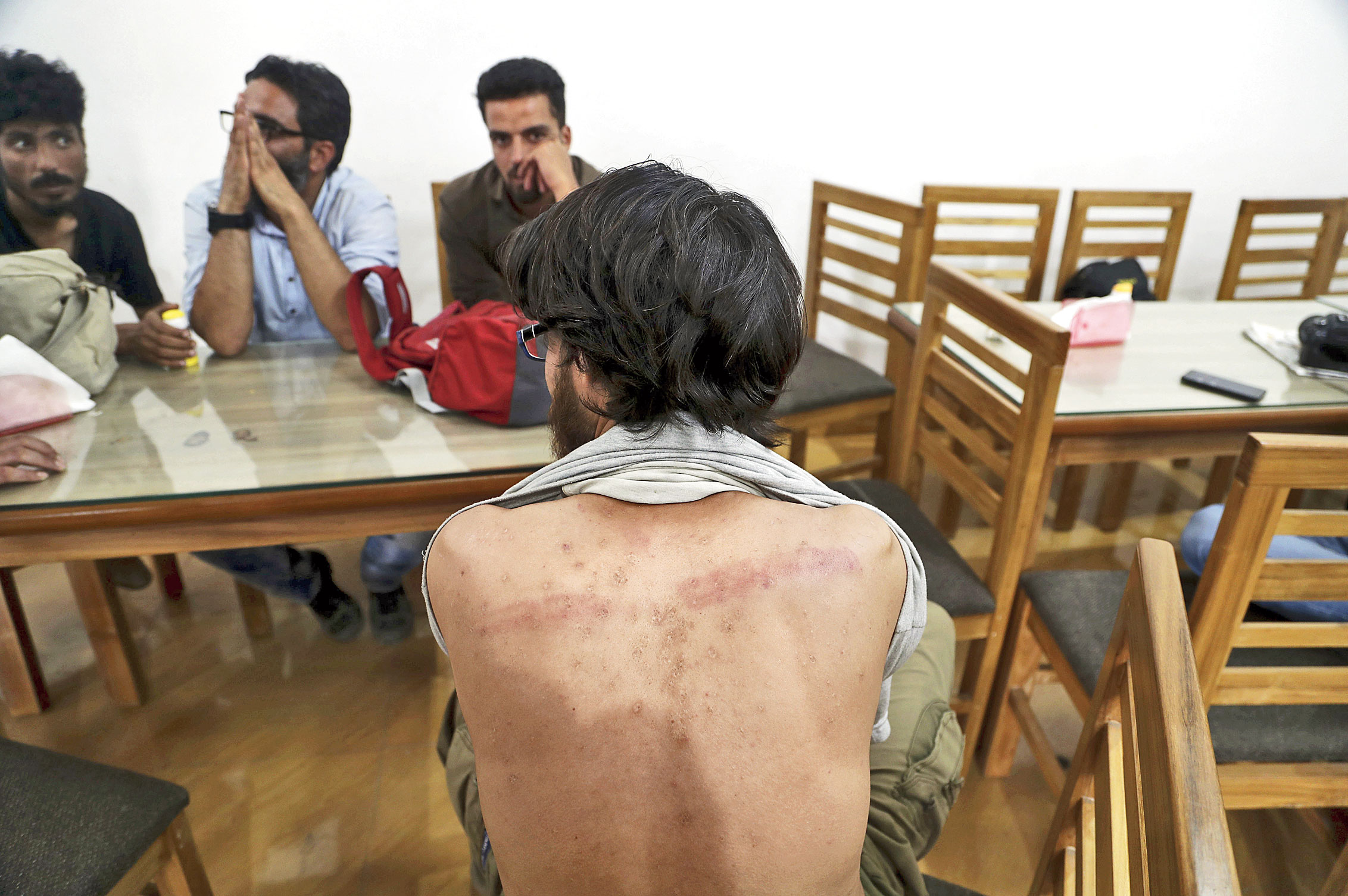 A woman journalist working for a national daily was abused and bullied by baton-wielding policemen in the heart of Srinagar city on Sunday, the incident outraging the Valley’s journalists as much as deepening their sense of helplessness.

Rifat Mohidin, correspondent for Chandigarh-based The Tribune, said around half-a-dozen policemen had rained their batons on her car “for several minutes” as she sat inside, crying through the “hell” — all for having dared tell them not to be rude to her.

“I had never before heard the kind of abuses they hurled at me. They battered my car with their batons, although the windows were spared. I started crying but none dared come to my rescue,” Rifat told The Telegraph.

“I’m still in shock. I have already had a tough time convincing my family that I was safe as a journalist even during these times. If I tell them what happened today, they might not allow me to continue.”

Journalists tried to call the police and the information department using the lone cellphone officially allotted to the Valley’s community of reporters at the government media centre, but there was no response. A text message to Srinagar police chief Haseeb Mughal remained answered.

The Valley’s journalists have faced stifling curbs on their movement since the August 5 lockdown — with many yet to receive their “curfew passes” — and have to wait in queues at the media centre to use the only available Internet and mobile facilities. The dozen-odd women reporters in the Valley face the same challenges as their male colleagues.

A woman journalist working for an international television channel said the forces had almost pounced on her when they saw the cameraman accompanying her filming a few shots at Nowhatta in Srinagar’s old quarters recently.

Sunday was perhaps the worst day for the Valley’s journalists, with the administration clamping the tightest restrictions since August 5.

A local editor, Manzoor Zahoor, was whisked away from the city centre, apparently after he argued with the security forces. There was an 80 per cent decline in journalists’ presence at the media centre.

Rifat said she was stopped at 15 places along the 3km stretch from her home in Rajbagh to the media centre.

“At Jahangir Chowk, the security forces were adamant that I should return. I urged them not to be rude to me. This infuriated them and what followed was hell. For several minutes they kept hitting my car and abused me and my family,” she said.

“I told them I had a curfew pass but they would not listen. I did not know what to do. Eventually, one CRPF man was kind enough to ask me to drive on. I parked my car somewhere and was in tears all the way to the media centre.”

She said some people who had seen her ordeal “said from a distance that it was zulm (an atrocity) but did not dare come close to show solidarity”.

A spokesperson for the Valley’s Women Journalist Association said journalists in the region “often face disrespect and abuses at the hands of government forces”.

The association said a few male journalists had been beaten up at Zadibal on Sunday while covering Muharram processions.

“Scores of journalists have complained of harassment and misbehaviour by government forces. Despite valid ID proof and curfew passes, journalists are not (being) allowed free and smooth movement,” it said.