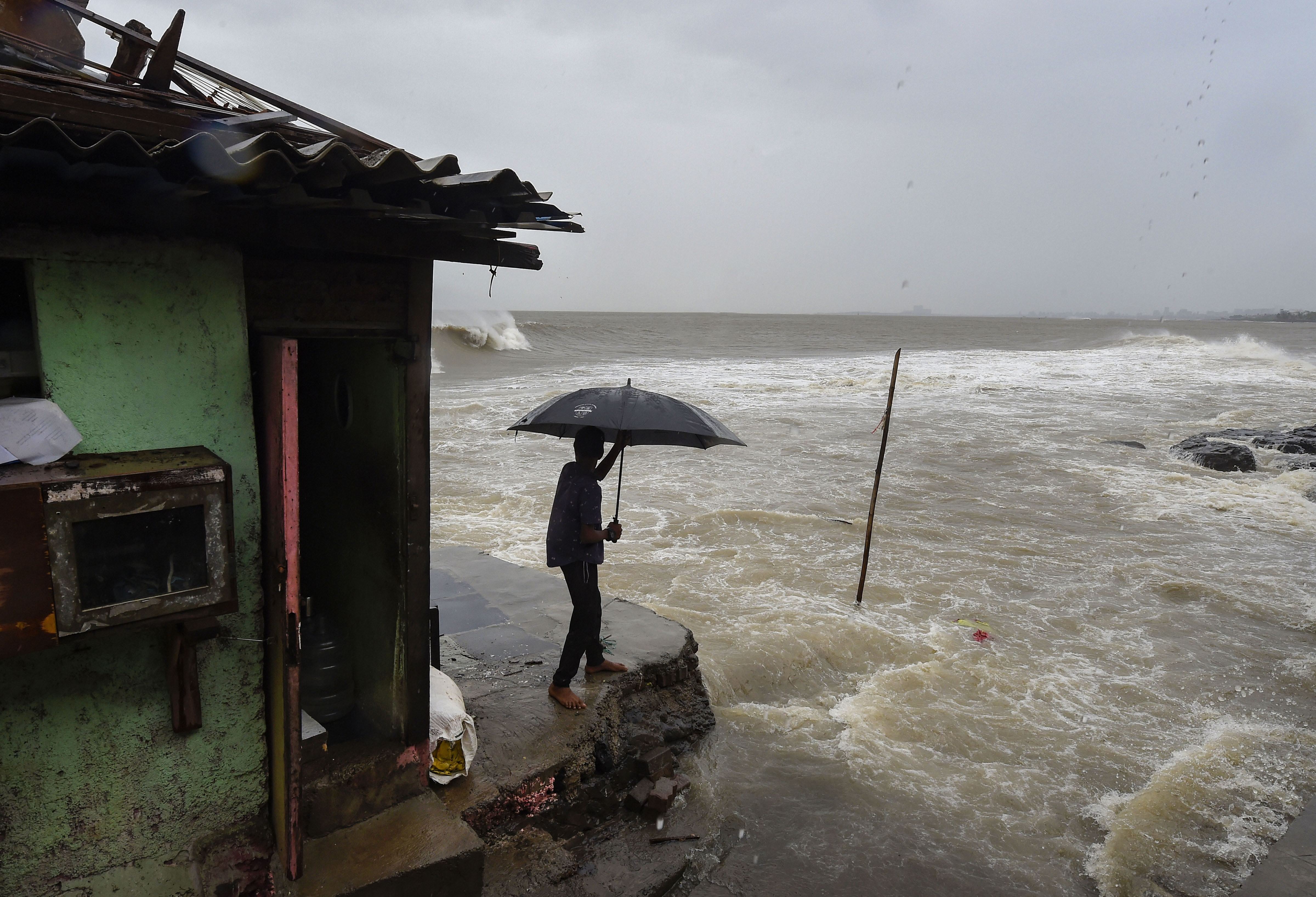 Cyclone Nisarga has made landfall near Alibaug on the Maharashtra coast and the 'process' will be completed by about 4pm, the India Meteorological Department (IMD) said on Wednesday.

The landfall process started around 12.30pm.

It made landfall about 40km from Alibaug, 95 km from Mumbai.

The right side of the wall cloud passes through coastal region of Maharashtra, mainly the Raigad district. It will gradually enter into Mumbai and Thane districts during the next three hours, the IMD said in a statement.

The wind speed of the cyclone is currently 100-110 kilometres per hour, it added.

The director-general (DG) of the federal contingency force said a total of 43 teams of the National Disaster Response Force (NDRF) are deployed in the two states of Gujarat and Maharashtra.

'It is moving along the predicted path as stated by the IMD and in southern parts of Maharashtra the signs of cyclone building up are evident,' Pradhan said in a video message update on the cyclone.

In Ratnagiri, winds and rains have picked up, the DG said.

The evacuation work is nearly complete, he said, adding, precautionary measures are being taken and people in cyclone shelters are being taught life skills with social distancing.

All preparations have been done by central and state agencies and coordination is of a high order, Pradhan said.

'Let us hope we ride through the cyclone and safely negotiate it,' he said.