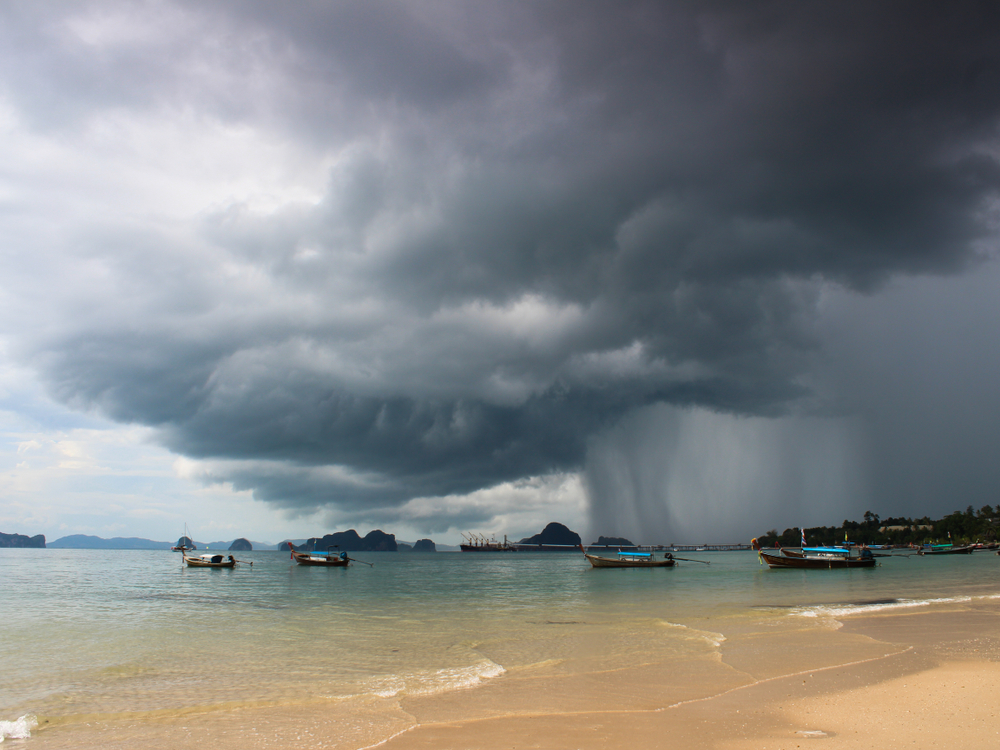 Amphan triggered the early onset because it accelerated the flow of winds from the southern hemisphere, said officials at the IMD in Delhi.
(Shutterstock)
Debraj Mitra   |   Calcutta   |   Published 27.05.20, 10:10 PM

The monsoon has arrived in the Andaman and Nicobar islands five days before time because of Cyclone Amphan.

But weather scientists said the early arrival over the southernmost tip of India does not mean the monsoon will also hit Kerala and Bengal before time.

The southwest monsoon has advanced into South Andaman Sea, some parts of south Bay of Bengal and Nicobar islands, the India Meteorological Department (IMD) said on May 17. The usual date of arrival of the monsoon in these areas is May 22.

Amphan triggered the early onset because it accelerated the flow of winds from the southern hemisphere, said officials at the IMD in Delhi.

“There was a very strong low-pressure area over south Bay of Bengal because of the cyclone. Winds flew into the low-pressure area from the high-pressure area in the south Indian Ocean (southern hemisphere),” IMD director-general Mrutyunjaya Mohapatra told The Telegraph.

“These winds, after crossing the equatorial Indian Ocean, were deflected towards the right and took southwesterly direction.”

The monsoon follows the same pattern every year but Amphan, till it lasted on the sea, increased the speed at which the winds neared the Indian landmass.

Along with the cyclone, other atmospheric conditions — like minimum temperatures in northwest India, wind conditions over the east equatorial and southeast Indian Ocean — also became favourable for the monsoon to advance into the Andaman Sea and across the Andaman and Nicobar islands and parts of southeast Bay of Bengal, said weather scientists at the IMD.

But the system is gone now and the early arrival of the southwest monsoon in the Andaman and Nicobar islands does not mean Kerala will also witness it’s early onset, said another IMD official.

The summer monsoon is expected to reach Kerala on June 5, said IMD officials. The onset forecast comes with an inherent error margin of four days, implying the onset could take place any day between June 1 and June 9.

The usual onset date for Kerala is June 1. The normal date for the arrival of the monsoon in Calcutta is June 8.

“Till now, the parameters are favourable for the arrival of monsoon in Kerala by June 5. We are tracking its movement on a daily basis. When it is expected to arrive in Bengal will not be clear before a few days,” said an IMD official.