CRPF out of ration cash 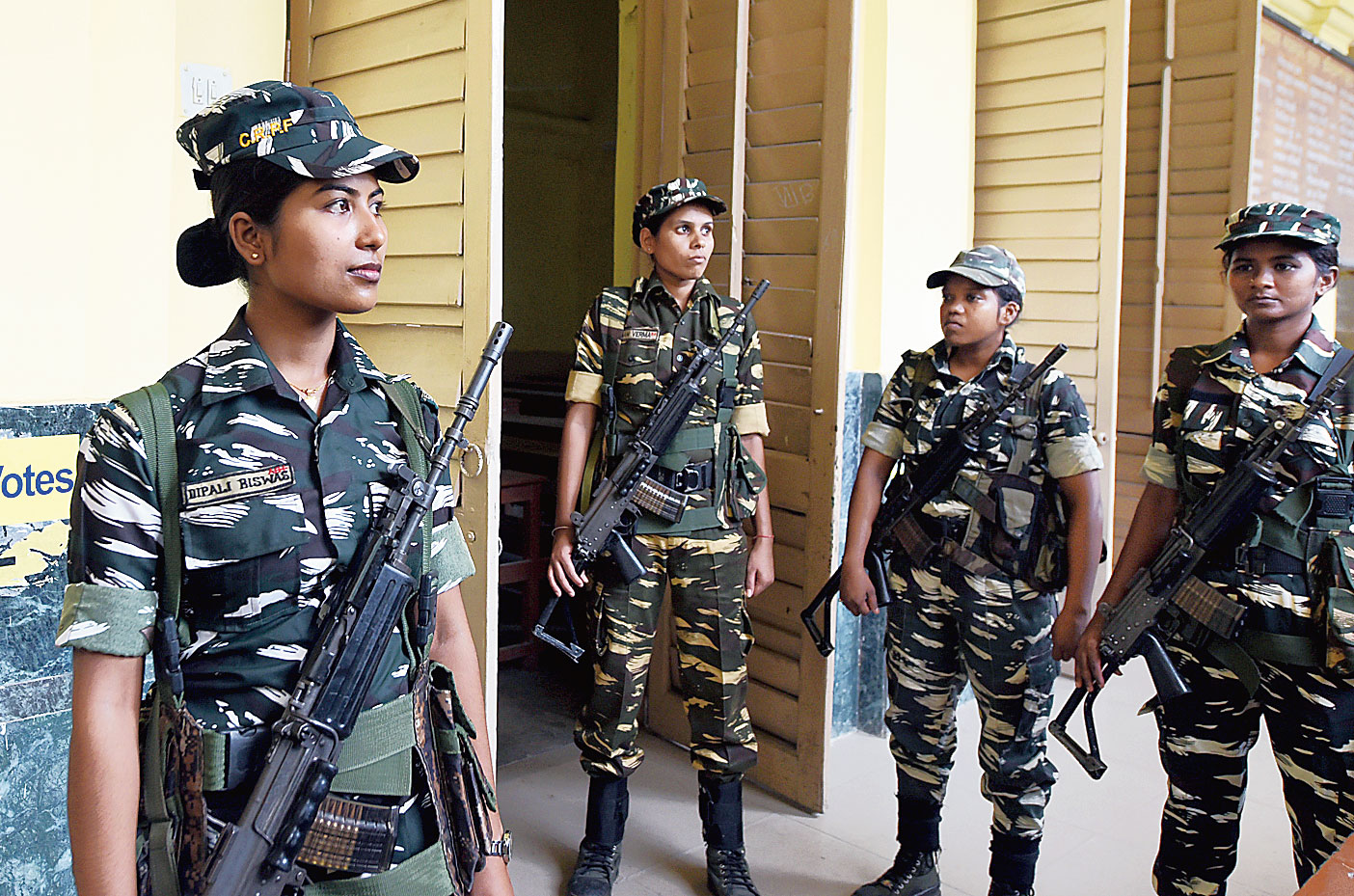 Most personnel in the 3-lakh-strong CRPF — the country’s largest paramilitary force and its counter-insurgency spearhead — are paid a Rs 3,000 “ration allowance” along with their monthly salary. Officials said the troops spend the sum on their meals at their camps’ mess and canteen.
Telegraph file picture
Imran Ahmed Siddiqui   |   New Delhi   |   Published 28.09.19, 07:50 PM

Central Reserve Police Force personnel are set to be starved of their monthly “ration allowance” by the Narendra Modi dispensation that swears by national security, apparently because of a cash crunch triggered by the economic crisis that the government denies.

Most personnel in the 3-lakh-strong CRPF — the country’s largest paramilitary force and its counter-insurgency spearhead — are paid a Rs 3,000 “ration allowance” along with their monthly salary. Officials said the troops spend the sum on their meals at their camps’ mess and canteen.

An internal communication the CRPF has sent to its formations across the country says the allowance will not be paid with September’s salaries because the home ministry is yet to release a tranche of Rs 800 crore despite reminders in July, August and this month. The Telegraph has a copy of the communication, dated September 13.

“This is the first time the ration allowance has been stopped. We spoke to ministry officials last week about the pending money and they mentioned the faltering economy,” a senior CRPF officer at the Delhi headquarters said, adding that the ministry had not cited any official reason.

He said the allowance frees personnel from having to constantly watch their pockets while buying food. “It helps personnel to keep themselves fit for fighting militants and Maoists,” he added.

The CRPF officer said: “The decision to withdraw the allowance goes against the Prime Minister’s claims of strengthening the forces to keep them in fighting shape.”

The CRPF battles insurgency in Jammu and Kashmir, the Northeast and the Maoist belt.

Contacted, CRPF deputy inspector-general (intelligence) Moses Dhinakaran played the issue down, saying the ration allowance had been increased slightly this year and the fund got exhausted in July after arrears of Rs 22,194 were paid to personnel.

“It will be resumed once we get the additional funds from the home ministry,” he said.

He declined comment on the ministry’s failure to release the money despite repeated reminders.

Sources said the force headquarters was receiving frantic calls from personnel across the country, asking about the imminent stoppage of the allowance.

“Most personnel got panicky after learning about the stoppage. It’s very difficult to keep up the morale of troops posted in hostile conditions under these circumstances,” a senior CRPF officer said. “Like the army, a paramilitary force marches on its stomach.”

It could not be confirmed whether the ration allowance was being stopped also in the remaining central forces: the Border Security Force, Central Industrial Security Force, Indo-Tibetan Border Police and the Sashastra Seema Bal.