The lockdown is a solution that is looking for a problem, he said 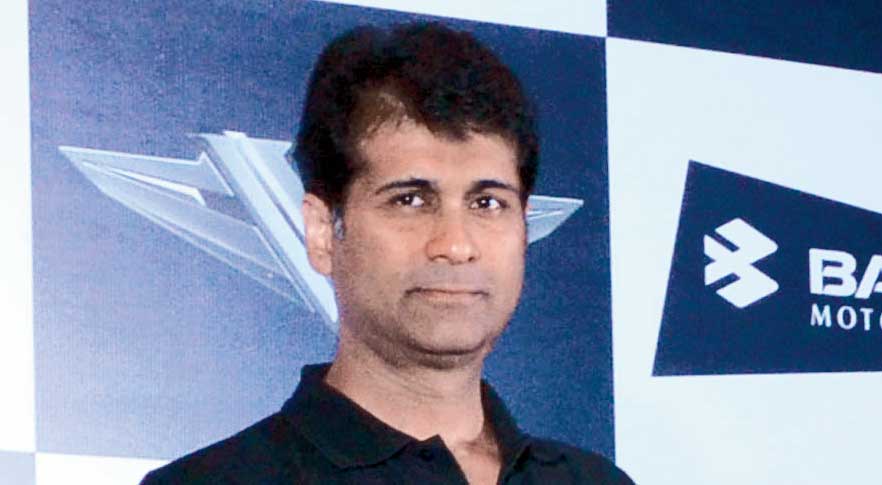 Rajiv Bajaj has been a severe critic of the Modi government and its policies and famously attacked the reckless demonetisation exercise in 2016 which failed to meet its professed objective of shaking down black money from the deepest recesses of the economy.
File picture
Our Special Correspondent   |   Mumbai   |   Published 21.04.20, 09:36 PM

Rajiv Bajaj, the outspoken managing director of two-wheeler maker Bajaj Auto, on Tuesday slammed the Narendra Modi government for enforcing an “arbitrary lockdown” to stop the spread of the coronavirus pandemic.

“The lockdown is a solution that is looking for a problem,” Bajaj told CNBC TV18 news channel while accusing the government of deepening the country’s economic crisis and perpetuating the misery of its citizens by endangering their livelihood.

“This crisis started with a virus; it is being propagated by the government,” the straight-talking industrialist added.

Bajaj has been a severe critic of the Modi government and its policies and had famously attacked the demonetisation exercise of 2016 which failed to meet its professed objective of shaking down black money from the deepest recesses of the economy.

“All I want is the government to work logically and sensibly. I don’t need a relief package. We don’t have a demand problem… we have a governance problem,” said Bajaj, becoming the first major industrialist to voice frustration with the Modi government’s handling of the latest crisis.

Bajaj Auto, which has plants at Chakan in Pune, Aurangabad and Pantnagar in Uttarakhand, has been battered by the lockdown, exacerbating its troubles that had stemmed from an economy whose growth rate had tumbled to less than 5 per cent in the last fiscal ended March 31.

Production at the two-wheeler maker has come to a complete halt after the lockdown and its dealerships in the so-called green zone areas have not been able to reopen even after the Centre partially relaxed the restrictions on Monday.

Bajaj believes that herd immunity — which in the case of coronavirus can be achieved only after a sufficiently large number of people recover from infection — is the way to go since the development of a vaccine is still two years away.

The Bajaj Auto boss said the authorities must allow everybody to return to work except those above 60 years if they wanted the floundering economy to recover.

The IMF had recently forecast that India’s economic growth would sink to 1.9 per cent this fiscal — its lowest level in five decades — while the global economy would tip into recession with an overall growth of minus 3 per cent.

Bajaj urged the government to scrap the rules under which a dealership or a factory can be sealed for up to three months if an employee is infected with Covid-19.

“This is a draconian move and is preposterous. We will take every precaution and you can inspect the premises every day. Do not hold this sword over the heads of the people,” he said.

“You can start an inspector raj… please subject us to checks over our practices. If there is something wrong, please close us down for two days and allow us to comply with the rules. But what is this? You are locking us completely down for three months…. Nobody will open (their plants) in the current situation,” Bajaj said.

The two-wheeler tycoon said the government’s move to relax restrictions would not achieve the objective because it was fundamentally flawed.

“We have to first be allowed to open our dealerships. No dealership is now open even in the green zones. The situation is arbitrary and erratic and dealers are afraid to open up as they just don’t know what action they will face from the police or other authorities,” he said during the interaction.

Bajaj Auto’s plant in Pantnagar in Uttarakhand had received permission to resume operations. But this provided little comfort, he said, since the supply chains had not been restored and workers were not able to reach the factory.

The company recently said its employees had volunteered to take pay cuts due to the unprecedented situation. Bajaj, who has foregone his entire salary during the period of the lockdown, said the company was working on a plan to save Rs 100-200 crore annually.

“We are tightening everything. We need to secure the ship,” he said, adding that the demand in the automobile sector would return sooner than what many believe once the lockdown ends.