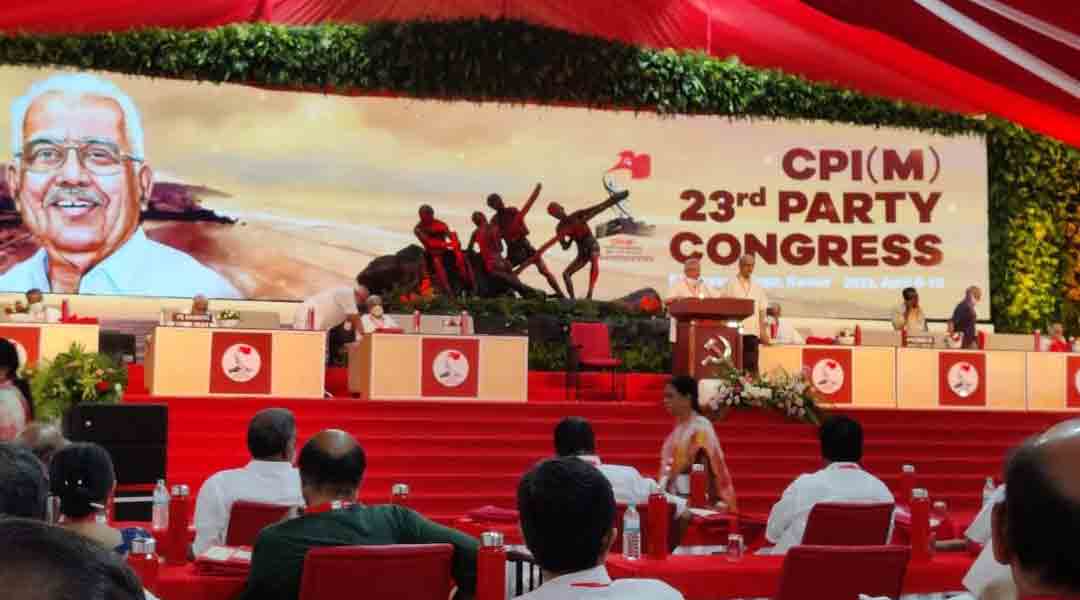 The political-organisational report, which will be presented at the 23rd Party Congress of the CPM, says there was a general decline in the strength of the party all over the country and it was facing the most challenging situation since its formation in 1964.

The report, which is expected to be placed before the Congress on Friday, however considers Kerala as an exception and said the party and the Left front have to fight against the consolidated BJP-RSS regime.

However, on an analysis of its electoral debacle during the 2019 Lok Sabha polls, the political-organisational report of the CPIM notes that the LDF government standing by the Supreme Court verdict on Sabarimala temple allowing women of all ages to enter the temple "alienated a section of its traditional voters".

Further elaborating, the report said a section of voters in Kerala particularly from the minorities -- Muslims and Christians -- could not see the CPM and the Left front as being able to counter the BJP at the national level, given their overall weakened state and voted for the Congress responding to their campaign that they should get the single largest party status to form a secular government.

"Two out of the three strong bases of the party West Bengal and Tripura are under severe attack and there has been erosion in our mass base and influence. There is a general decline in strength of the party all over the country, with the exception of Kerala," the report said.

It said the party and the Left front have to fight against the consolidated BJP-RSS regime, which is out to recast the Indian republic on Hindutva lines.

"We have to build a revolutionary party with a mass line to go forward to building the Left and democratic alternative which alone can bring out a change in the correlation of class forces in the country," the report said.

It said the Lok Sabha elections of April-May 2019 resulted in the worst ever election performance of the CPM as it could win only three seats and garner only 1.77 per cent of the vote share.

"The result confirmed the continuing decline in the mass base and influence of the party," it read.

However, the report records the victory of the LDF in Kerala as a historic one as no incumbent state government had been re-elected for more than four decades in the state.

The report also records the Central Committee review that the people of Kerala gave the mandate to the LDF on the performance of the previous government, the manner in which severe natural calamities were handled, the exemplary manner of tackling the pandemic and providing relief to all the affected sections along with the welfare measures.

The 23rd Party Congress of the CPM began on Wednesday at Kannur and will conclude on April 10.