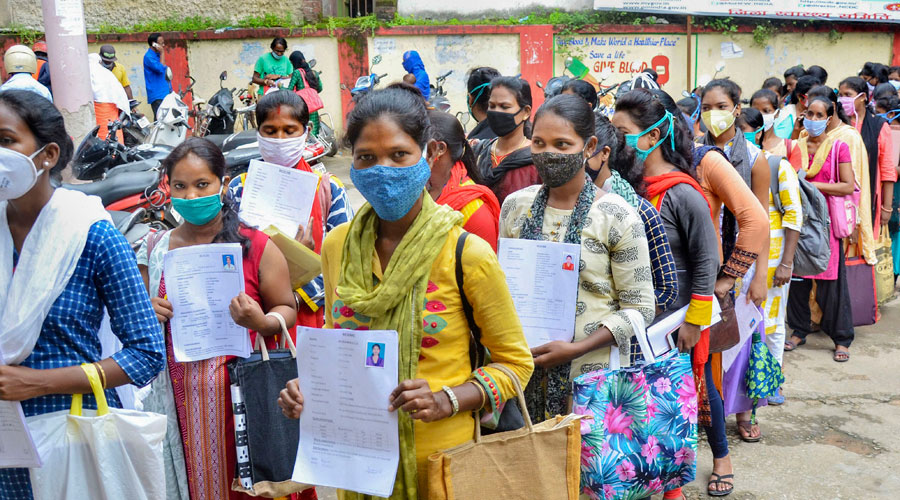 Private health researchers have announced plans for a study on 7,000 healthcare workers across India to determine whether the anti-malarial drug hydroxychloroquine can lower the risk of the coronavirus infection as claimed by the Indian Council of Medical Research.

The George Institute for Global Health, New Delhi, will collaborate with doctors at the Apollo Hospitals in Chennai and New Delhi and others to conduct the study for which the institute had unsuccessfully sought funding from two government agencies more than three months ago.

“We’re using our internal resources to try and find an answer to this important question,” Vivekanand Jha, executive director of The George Institute, told The Telegraph on Thursday.

The ICMR had earlier this year recommended that all healthcare workers engaged in Covid-19 duties should take hydroxychloroquine as a prophylactic — a preventive medication — to reduce their risk of contracting the infection.

The ICMR, the country’s apex health research agency, has justified this recommendation citing lab studies and limited evidence. But some doctors have questioned the decision saying there is inadequate evidence to prescribe hydroxychloroquine to healthy persons as a preventive medication. But everyone agrees that healthcare workers need to take special precautions to protect themselves from Covid-19. The Indian Medical Association, the country’s largest body of doctors, has estimated that around 200 doctors in India have died so far after becoming infected by the coronavirus.

In the planned trial, The George Institute and the Apollo doctors hope to classify 7,000 healthcare workers — doctors, nurses and paramedics — into two equal groups, one half will receive the prescribed hydroxychloroquine dose, the other half will not.

“The study will also monitor hospitalisation, admission to intensive care units, and the length of stay in hospitals (among any Covid-19 patients that emerge in either group),” said Bharath Kumar, a critical care consultant at Apollo, Ch-ennai, and study collaborator.

The George Institute had earlier this year approached the ICMR and the Department of Biotechnology, a unit of the Union science and technology ministry, seeking funding for such a study without success.

But, as reported in this newspaper earlier this year, the ICMR had cancelled an expert panel meeting called to evaluate the proposal and a DBT panel rejected the proposal saying that while the trial was “well-designed”, the ICMR would itself probe the efficacy of hydroxychloroquine.

Senior ICMR officials had said earlier this year that its recommendation for hydroxychloroquine as a protective medication against Covid-19 was based on limited evidence and needed to be validated through larger randomised control trials.