The amendment, passed by the government in September with little warning, limits international charities that donate to local nonprofits 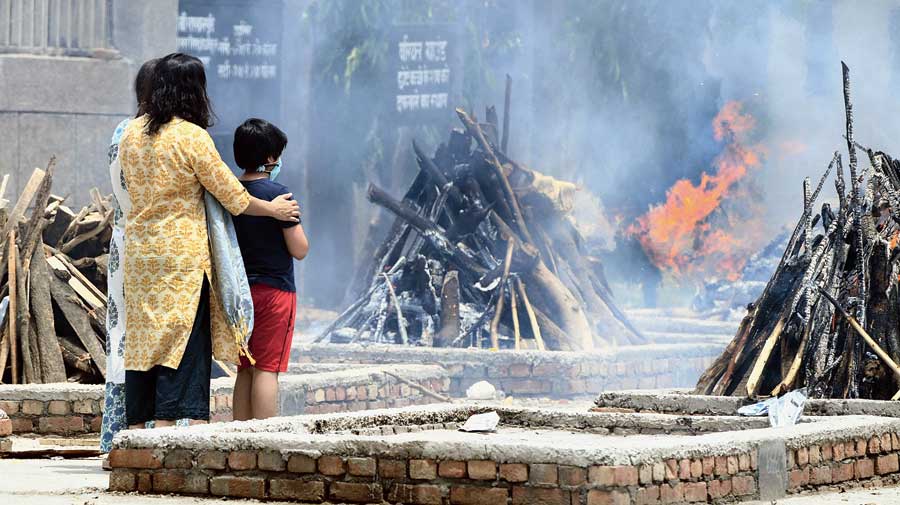 Bake sales on Instagram. Online fund-raisers involving Hollywood celebrities. Pledges of aid from companies like Mastercard and Google. A middle-of-the-night flight by a FedEx cargo plane transporting thousands of oxygen concentrators and masks.

India’s devastating surge in Covid-19 cases has galvanised corporations, non-profit organisations and individuals in the US into raising millions of dollars and sending medical supplies to the nation of 1.4 billion.

But a sweeping change to India’s decades-old law governing foreign donations is choking off foreign aid just when the country needs it desperately. The amendment, passed by the government of Prime Minister Narendra Modi in September with little warning, limits international charities that donate to local nonprofits.

The effect is far-reaching. Almost overnight, the amendment gutted a reliable source of funding for tens of thousands of non-governmental organisations, or NGOs. It prompted international charities to cut back giving that supported local efforts — and supplemented the government’s work — in fields such as health, education and gender.

The amended law has forced newly formed charities to rush to find NGOs that can accept their donations without tripping legal wires. And it has smothered non-profits in red tape: To receive foreign funds, charities must get affidavits and notary stamps and open bank accounts with the State Bank of India.

“Everyone was caught off guard, especially given the role that NGOs played in Covid relief last year,” said Nishant Pandey, chief executive of the American India Foundation, one of the largest US non-profits working in India. “To come with an amendment like that in the middle of pandemic was problematic.”

Pandey’s foundation, which has raised $23 million for Covid-19 relief efforts, wired $3 million to its affiliate on the ground on May 5 to build 2,500 hospital beds for Covid-19 patients. A week later, the money still hadn’t cleared, Pandey said. He attributed the hold-up to the new bank requirement; funnelling aid through a single bank during a time of overwhelming need can make the process frustratingly slow.

The Modi government has said the amended law would strengthen compliance, improve monitoring and bring more accountability to an important source of funding in the non-profit sector.

The government has also encouraged international donors to contribute to official charities, including one called the PM CARES Fund, which was founded last year and is controlled by Modi and other government leaders. The government, however, provides little clarity around how donations will be used.

The ministry of home affairs in New Delhi did not respond to calls or an emailed request for comment.

The new regulations have “paralysed” India’s non-profit sector, a group of 13 NGOs said in a letter that was recently sent to various Indian and US government bodies and shared with The New York Times. The regulatory changes have forced NGOs to “divert scarce time, bandwidth and human resources” towards compliance rather than delivering relief during the pandemic, the letter said.

The signatories — including the Centre for Advancement of Philanthropy, the National Foundation for India and the Centre for Social Impact and Philanthropy — sought a delay or relaxation of the new restrictions during the crisis. “The organisations best placed to respond to community needs at the grass roots in a timely, agile manner are unable to access these donors,” the letter said.

India’s needs are pressing.  Medical oxygen is in short supply. Hospitals are turning away patients. Only a tiny fraction of the population has been vaccinated.

NGOs help provide basic health services in India, picking up the slack in a country where government spending in that area totals 1.2 per cent of gross domestic product. The US spends close to 18 per cent on healthcare. When the pandemic first surged in India, in March 2020, Modi asked NGOs to help provide supplies and protective gear and to spread the message on social distancing.

At the same time, India’s relationship with NGOs — a catchall term for the roughly three million non-profits working across the country, including religious, educational and advocacy groups — has occasionally been fraught.

The original legislation, called the Foreign Contribution Regulation Act, was passed in 1976 by the government of Prime Minister Indira Gandhi with the aim of limiting foreign involvement in domestic politics.

In 2010, the law was amended to put some curbs on foreign investment. In 2015, a year after Modi came to power, his government tightened restrictions on some prominent charitable groups, including the Ford Foundation, citing national security.

In September last year, the Indian government raided the premises and froze the bank accounts of Amnesty International, forcing it to close its India operations. Amnesty said the actions were reprisals for criticising India’s human rights record. The government said the organisation had violated India’s rules on foreign funding.

The ties between Indian NGOs and their foreign benefactors had long been symbiotic: Global foundations provided the money, while local non-profits brought the expertise. They obtained a licence under India’s law so that they could accept foreign funds, but relied largely on donations — called sub-grants — from foreign non-profits that worked in India rather than solicited grants directly from abroad.

Last year, about a quarter of India’s NGO funding — roughly $2.2 billion — came from foreign donors, according to Bain & Company, the consulting firm. The September amendment changed the landscape drastically.

“It came into existence so quickly that there was not the kind of public input or eyes on it that could tell you why it came into existence,” said Ted Hart, the chief executive of Charities Aid Foundation of America, an Alexandria, Virginia, non-profit. “It was a shock.”

Charities Aid Foundation’s India counterpart was forced to relinquish a major part of its business model, which involved making grants to smaller nonprofits that could carry out the work, Hart said. Now, both entities are directly managing the programmes they support rather than sub-granting, he said.

“Regulations are happening,” Hart said. “We have to comply.”

Covid: Why India is in ‘dire straits’