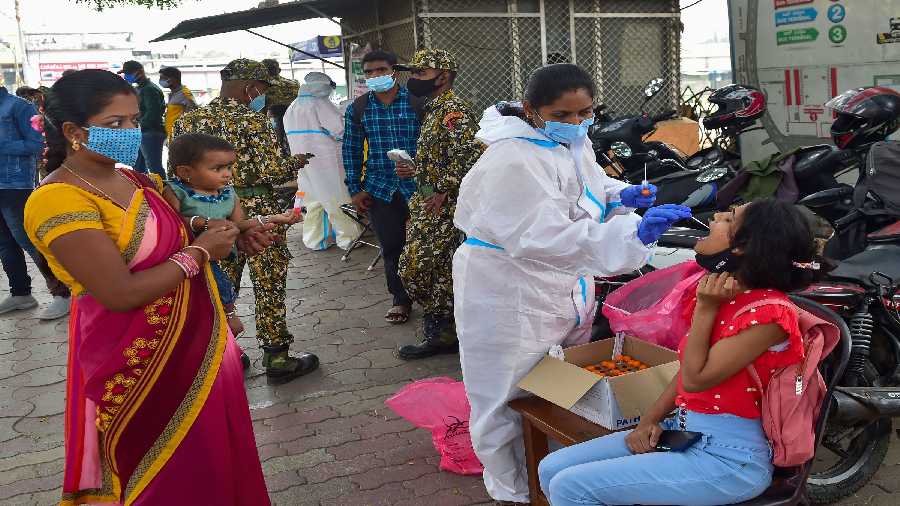 Amid a spike in Covid cases in Southeast Asia and Europe, the union government on Thursday sent a stern warning to states that they should not let their guard down, according to ndtv.com.

It also suggested the states continued to 'focus on the five-fold strategy of test, track, treat, follow Covid-appropriate behaviour and vaccinate while resuming economic and social activities in their jurisdiction, added ndtv.com.

Union Health Secretary Rajesh Bhushan, in a letter to all states and union territories, advised them on testing of samples so taht new variants are detected on time.

"States should also ensure that adequate number of samples are submitted to INSACOG network through Sentinel sites as per the protocol issued by National Centre for Disease Control (NCDC), which is the Nodal Agency for INSACOG, to ensure timely detection of new variants while maintaining adequate testing as per the protocols for testing laid by ICMR. Effective surveillance by monitoring of emerging clusters of new cases, if any, testing as per norms and monitoring of ILI and SARI cases shall be taken up on a continued basis to ensure no early warning signals are missed and spread of infection can be controlled," Bhushan wrote.

In the wake of the resurgence of Covid cases, a meeting was under Union Health Minister Mansukh Mandaviya was held on on March 16.

The states were advised to concentrate on aggressive genome sequencing, surveillance and overall vigil," Bhushan added.