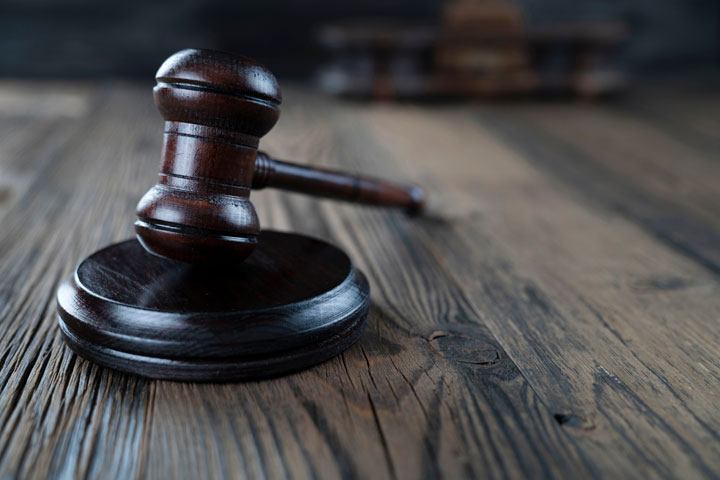 The decision in favour of exams despite the Covid crisis was taken following a report submitted by a BCI-constituted 14-member committee headed by former Allahabad High Court Chief Justice Govind Mathur that recommended that tests be held either in the offline or the online mode.
Shutterstock
R. Balaji   |   New Delhi   |   Published 11.06.21, 01:24 AM

The Bar Council of India (BCI) on Thursday announced that it is mandatory for all universities and law schools to conduct exams either offline or online, rejecting the pleas of thousands of students against tests amid the pandemic.

The students had urged the BCI, the regulator of legal education and lawyers, to mark them on the basis of internal assessments.

The decision in favour of exams despite the Covid crisis was taken following a report submitted by a BCI-constituted 14-member committee headed by former Allahabad High Court Chief Justice Govind Mathur that recommended that tests be held either in the offline or the online mode.

However, the timing of the exams has been left to the respective varsities and law schools, depending upon the pandemic situation in the area.

The BCI had in a resolution dated May 29 said it did not wish to involve itself in the matter of exams and it was for the universities to take their own decisions depending on the local conditions.

However, the BCI received thousands of letters from students of universities and law colleges, seeking its intervention in the cancellation of exams. Some heads of institutions had also sought the guidance of the BCI on exams and promotion of LLB students.

However, the BCI-appointed committee, which submitted its report on June 8, declined to grant any such concession to the students.

The report said: “The members deliberated at length regarding the mode of evaluation/examination for the promotion from intermediate semester to the next semester and for the award of the law degree.

“After detailed discussion and deliberations, the committee unanimously agreed that each university/centres of legal education shall conduct examination for intermediate and final-year students, as per their own dispensation, depending upon the availability of resources and the impact of Covid-19 in that region.

“It was unanimously agreed that an end-term examination is mandatory to be conducted by all law schools/universities. It was further decided that universities/centres of legal education are free to determine the mode of examination (online/ offline/blended/ online open-book exam (OBE)/ assignment-based evaluation (ABE)/ research papers).”

The committee also recommended that the universities and other centres of legal education should ensure that sufficient time gap exists between regular and backlog exams to avoid inconveniencing the students.

The committee took note of the earlier resolutions adopted by the BCI on May 27, September 6, October 5 and November 1, 2020, laying down guidelines for the conduct of exams and mentioning that institutions were free to determine the mode.

Accepting the committee’s report, BCI secretary Srimanto Sen said in a statement: “The council has considered and deliberated over the report submitted on 08.06.2021 and this council resolves to accept the report of the committee in toto.”