According to an estimate, wheat production this rabi season is expected to be around 1,090 lakh tonnes 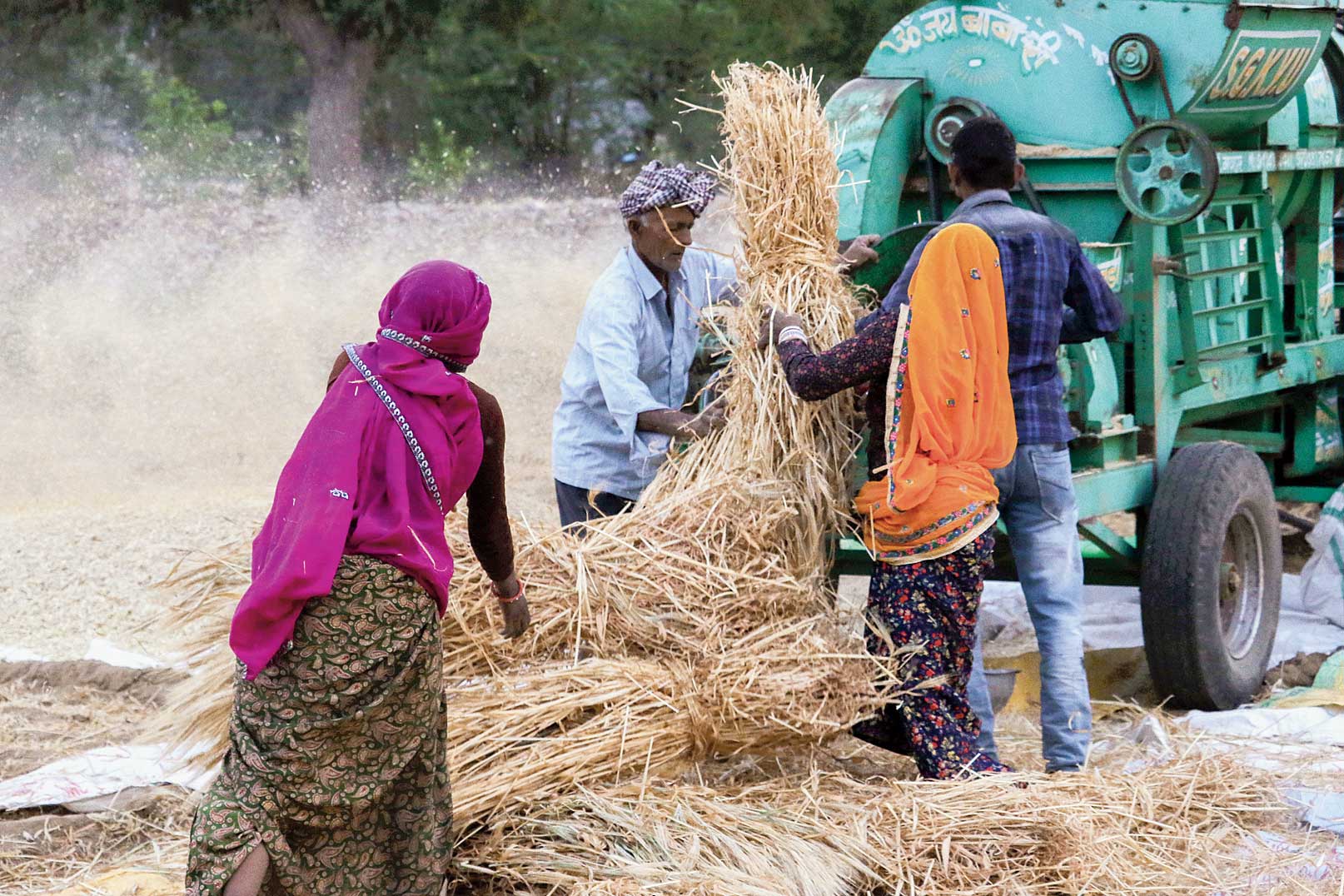 The government’s announcement of a nationwide 21-day lockdown has cast a shadow on the impending harvest of the rabi crop, which contributes half of the country’s food grain production, prompting some farmers’ organisations to seek exemption for the job.

The CPM-affiliated All India Kisan Sabha (AIKS) and the Rashtriya Kisan Mazdoor Mahasangh (RKMM) have demanded special passes for farmers to work in the fields.

The RSS-affiliated Bharatiya Mazdoor Sangh (BMS) trade union, however, has said that crop wastage is still better than putting the lives of people at risk at the time of the coronavirus outbreak.

AIKS joint secretary Biju Krishnan said that among the rabi crops, wheat harvesting will be due in the next 10-15 days. If farmers have to stay indoors for three weeks, they will lose much of the harvest, the AIKS said.

“The farmers will face heavy losses if they fail to harvest wheat. In addition, the country will face a food scarcity,” Krishnan said.

The government has assured citizens that the supply chain of essential items will not be affected.

According to an estimate, wheat production this rabi season is expected to be around 1,090 lakh tonnes.

The RKMM has written to Prime Minister Narendra Modi stating that farmers, who are already not getting remunerative prices for their produce, will face a deep crisis if not allowed to harvest the rabi crop.

“If the coronavirus crisis continues, there will be starvation in the country. We appeal to you to ask the states to give special passes to farmers to go to their farms. The FCI (Food Corporation of India) should procure their produce,” the RKMM said in the letter.

BMS president Saji Narayanan CK, on the other hand, said the lives of people were more important than crops.