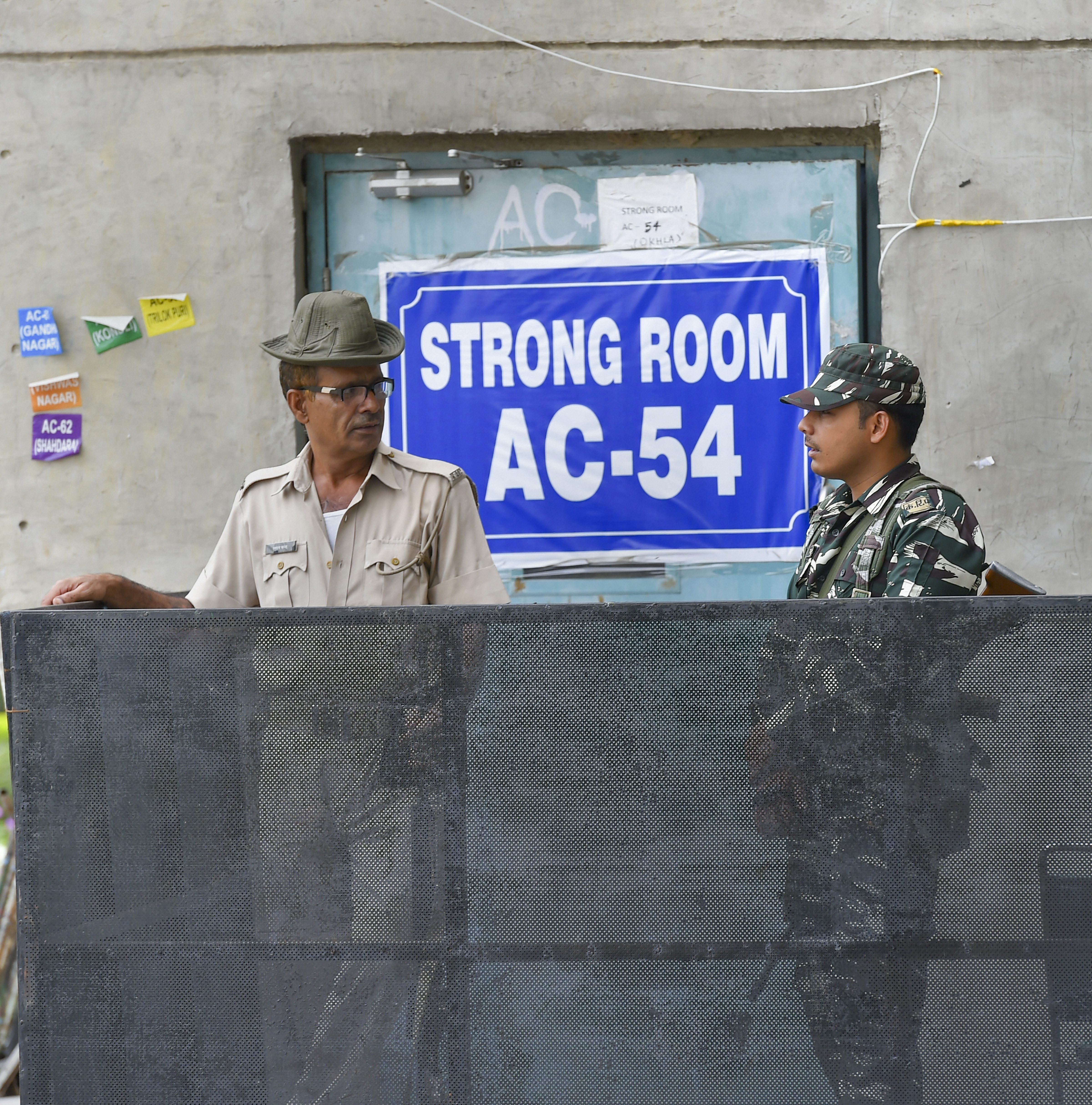 Security personnel stand guard outside a strongroom, where Electronic Voting Machiness are kept after the last phase of Lok Sabha polls at Akshardham in New Delhi on May 22.
PTI
The Telegraph   |   New Delhi   |   Published 23.05.19, 02:49 AM

Counting of votes for the 29 Lok Sabha seats in Madhya Pradesh got under way at 292 centres in 51 district headquarters on Thursday and the first results are expected by 10 pm, an election official said.

All eyes will be on the Bhopal Lok Sabha which seat saw a keen contest between Congress veteran Digvijaya Singh and Malegaon blast case accused Pragya Singh Thakur.

Around 1,800 CCTV cameras have been installed at the counting centres where internet and wi-fi services will not be available, state Chief Electoral Officer V.L. Kantha Rao told reporters.

'The counting of votes began from 8 am. Given the number of candidates and counting rounds, the first result may start coming in by 10 pm,' he said.

After the end of counting, five randomly selected Voter Verifiable Paper Audit Trail (VVPAT) slips from each Assembly segment of that particular Lok Sabha seat would be matched with the electronic voting machines (EVMs), he said.

The highest 29 rounds of counting will be held in Indore and the lowest 14 in Katni, he said.

Around 9,000 personnel, including 17 companies of central forces, have been deployed for the security of strong rooms in which the EVMs have been kept, Rao said.