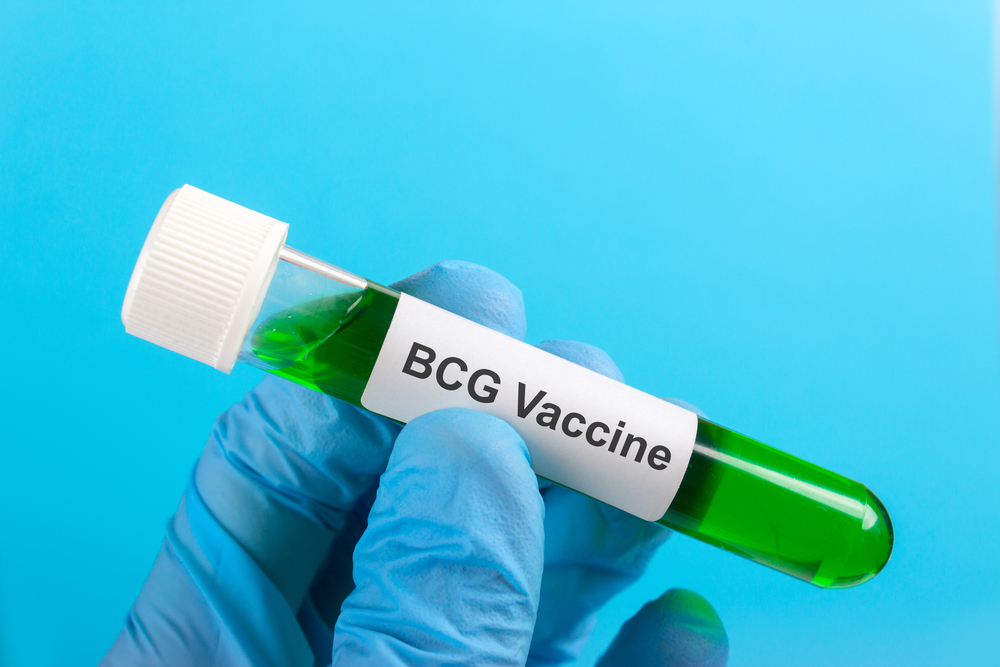 The Bacillus Calmette-Guerin (BCG) vaccine, administered to millions of Indian children soon after birth to protect against tuberculosis, could be a game-changer in the fight against the deadly coronavirus, say US scientists.

The severity of COVID-19 impact may be linked to national policies on BCG childhood vaccination, the yet to be published study from the New York Institute of Technology (NYIT) states while citing the examples of Italy and the US.

We found that countries without universal policies of BCG vaccination, such as Italy, the Netherlands, and the United States, have been more severely affected compared to countries with universal and long-standing BCG policies, noted the researchers led by Gonzalo Otazu, assistant professor of biomedical sciences at NYIT.

According to the study, a combination of reduced morbidity and mortality could make the BCG vaccination a game-changer in the fight against COVID-19.

The BCG vaccine is part of India's universal immunisation programme and administered to millions of children at birth or soon after it.

Indian experts said they were hopeful and encouraged but it was too early to say anything.

Every small thing gives us a ray of hope. It will be premature to say anything now. But the silver lining is that the BCG vaccine has proved quite effective against the SARS infection also, Monica Gulati, senior dean, Faculty of Applied Medical Sciences, Lovely Professional University (LPU), Punjab, told PTI.

Gulati explained that the SARS virus is also basically a coronated virus .

So since the current pandemic is less intense in the countries with BCG vaccine intervention and that it was effective against another coronavirus is reason for hope, she said.

In the absence of any vaccine for COVID-19, this is an encouraging development. However, it will take some time and tests to understand how the TB vaccine works against coronavirus, added Deepak Verma of the department of Internal Medicine, Columbia Asia Hospital, Ghaziabad.

As of now, isolation and quarantine are the only established way to prevent a coronavirus infection, Verma said.

According to Rakesh Mishra, director of the CSIR-Centre for Cellular and Molecular Biology (CCMB) in Hyderabad, the NYIT findings are interesting but more scientific details are needed.

We have come across the study, but we don't have a lot of scientific details about it. At the same time it is interesting, but this is not something we can depend on while making policies or approaches against COVID-19, Mishra told PTI.

One can't rule out this correlation completely. I think it will be a surprise though , he said.

As one of the most widely used vaccines in the world, the BCG vaccine has existed for nearly a century and has been shown to be an effective tool in preventing meningitis and disseminated TB in children, the US researchers said.

The inoculation is also believed to offer broad-ranging protection against respiratory infections, which present similar symptoms to COVID-19, they said.

The study noted that Australian researchers have recently announced plans to fast track large-scale testing to see if the BCG vaccination can protect health workers from the coronavirus.

In other words, the earlier a policy was established, the more likely that a significant portion of the population, especially the elderly, would be protected, the researchers said.

Iran, for instance, which has a current universal BCG vaccination policy that only started in 1984, has an elevated mortality rate with 19.7 deaths per million inhabitants, they said.

In contrast, Japan, which started its universal BCG policy in 1947, has approximately 100 times fewer deaths per million people, with 0.28 deaths, according to the study.

Brazil, which started universal vaccination in 1920 has an even lower mortality rate of 0.0573 deaths per million inhabitants, the scientists noted.

As TB cases fell in the late 20th century, several higher-income countries in Europe dropped their universal BCG policies between 1963 and 2010.

The remaining 23 countries have either stopped BCG vaccination due to a reduction in TB incidence or have traditionally favoured selective vaccination of at-risk groups, they said.