Advertisement
Home / India / Testing times: what we should do at this stage

Testing times: what we should do at this stage 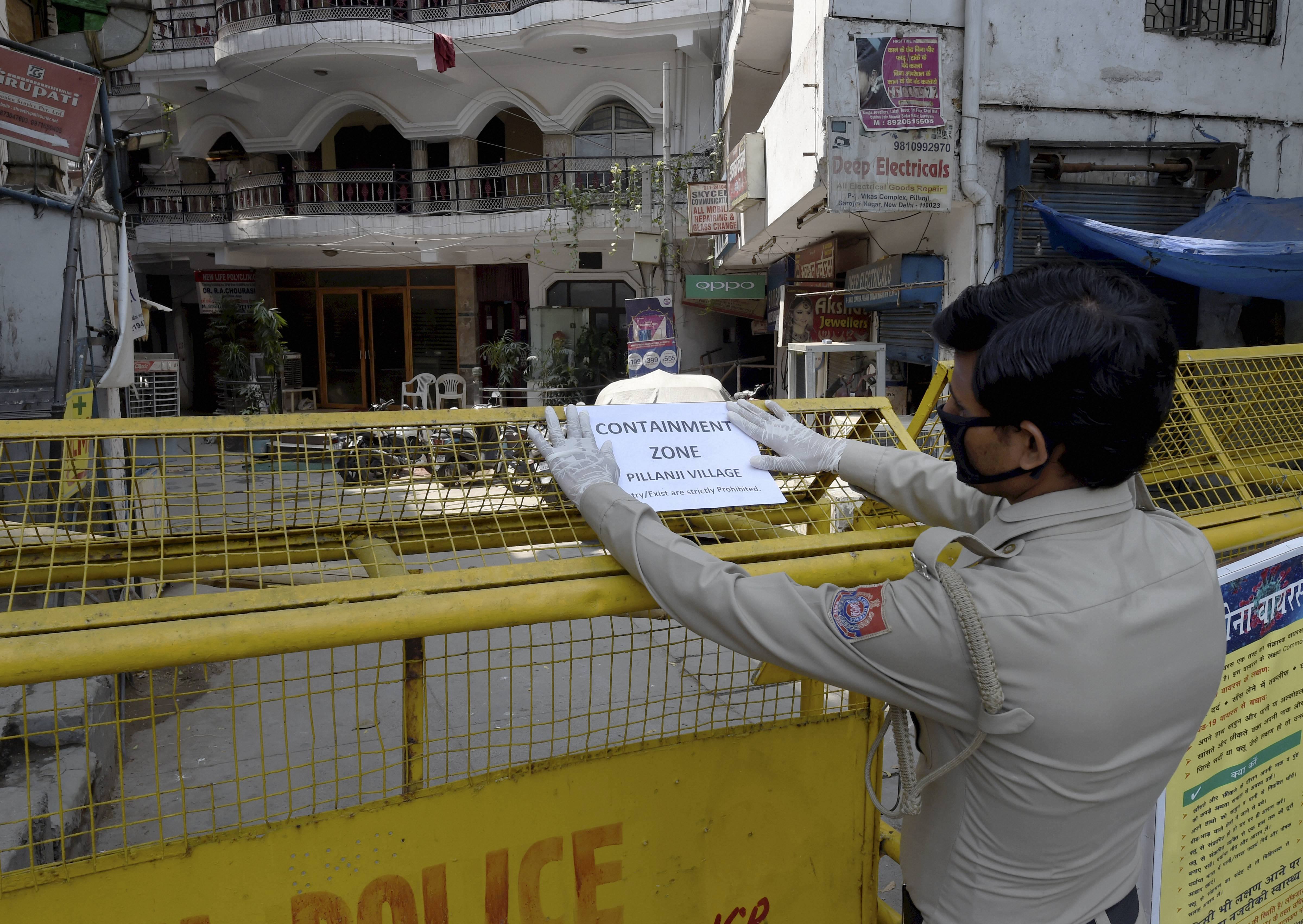 It is time for us to figure out how many of us locked in our homes are now carrying any infection from the SARS Cov-2 (severe acute respiratory syndrome coronavirus 2 that causes Covid-19) or have been previously infected by it before this lockdown can be effectively lifted.

This is necessary to identify both the infected as well as people among us who may have been asymptomatically infected by this virus without even knowing about it. This will also help in “contact tracing” of “who” could have infected “whom” as well as individuals they can potentially infect during this lockdown.

We need to appreciate that the very purpose of the present lockdown is not so much to ward off the virus than for restricting its human-to-human transmission to prevent a possible collapse of our limited healthcare resources.

More comprehensive long-term plans need to be adopted to test and eliminate this virus, especially with predictions of its possible re-emergence this winter.

Currently, the SARS Cov-2 virus is detected non-invasively in human nasal or oral exudates through a nucleic acid-based test in which the viral RNA is extracted from the samples and finally detected through a Polymerase Chain Reaction or PCR-based test. This allows for amplifying very low levels of the viral nucleic acid and thus the detection of the virus even at relatively low viral loads at very early stages of the infection.

But this test is expensive, equipment-intensive, time-consuming and requires developed skills of molecular biology for execution.

Since we have one of the largest communities in the world under lockdown that needs door-to-door surveillance for this viral infection right now, it will be challenging for us to accomplish this community testing using this cumbersome nucleic acid test.

Moreover, as many of the potentially infected may have within these days of lockdown successfully cleared the virus from their body, these viral detection kits may be of no use now in assessing infection history of such individuals to help us get an accurate picture of how the infection may have spread in our community.

Thus a different test that can assess signs of prior infection from the virus could be useful. This test can most fittingly be done by evaluating antibodies raised against this virus in our blood — since the virus might have been cleared by now by many of the infected.

Indeed, such serological tests which generally utilise antibodies against SARS-Cov-2-specific human antibodies are much simpler than the nucleic acid-based test for the virus and can be conducted rapidly on a door-to-door or point-of-care basis within a community — exactly what we need now.

However, one needs to be cautioned that these tests cannot indicate the presence of the virus in our body but can help assess possible history from infection from it. Individuals who no more harbour the virus in their body and qualify for community mixing may respond positively to this test as much as people who still have the virus in their body and are a potential risk for spreading infection within the community. Thus this test cannot also be used to differentiate between the presently infected and non-infected.

Moreover, if enough infected people in our community reach a stage where they becomes virus-free and immune to re-infection from the virus, they may serve to act as a “immunological barrier” for the rest from getting infected. This phenomenon is known as “herd immunity”. However, it is virtually impossible to predict whether we have attained the enabling level of productive immunity against the virus by measuring such viral antibodies through such rapid-antibody tests as they are not useful for providing “immunity passports” or evaluating the prospects of such herd immunity.

The Indian Council of Medical Research (ICMR), which is overseeing the clinical management of the Covid-19 outbreak in our country, had, however, recently decided to deploy such viral antibody detection tests to monitor possible community infection from the virus in Covid-19 “hot-spot” zones through a random sampling approach.

Seeking such information is indeed important for us to rapidly monitor existing viral outbreak “hot-spots” and also identify emerging ones. This exercise is imperative given the obvious risks of lifting this lockdown without proper evaluation of possible community infection. While the intention behind the ICMR’s move is laudable, there can be serious concerns on the possible efficacy of such hurriedly designed and largely unvalidated tests. (The ICMR on Monday asked all states and Union Territories to halt the rapid antibody tests using Chinese kits.)

The result of a test for such viral antibodies in our blood is adjudged as “false negative” when the test fails to detect these antibodies even when it is present in our body and as “false positive” when the test indicates the presence of the viral antibodies in our blood and possible infection from the virus, even when such antibodies or viral infections are absent. Thus it is important to understand the risks involved in using a test that has underlying risks of such “qualitative” failures.

This virus primarily enters our body through our respiratory tract, makes its way into our lung to grow and proliferate there for several days and slowly starts to trigger humoral immune response or antibody production against itself in our blood. This process can be very slow, allowing the virus to phenomenally grow and manifest its virulence in our body. As a consequence, it can take up to 10-15 days for an infected person to produce detectable levels of antibodies against this virus after manifesting symptoms, while some infected may not even produce any antibodies throughout the course of the viral infection.

In fact, individuals infected by the virus can get severely sick and even die before the antibody levels in their blood attain detectable levels for such tests. This opens up a fair chance for such antibody-based tests to fail in identifying a potentially infected, especially at the early stages of infection. Moreover, RNA viruses like the SARS Cov-2 are known to rapidly mutate and change the composition of their coat proteins that forms the primary immunological motifs against which we generate antibodies.

Thus a kit developed against such antibodies at the early stages of a pandemic may fail to detect the infection from the virus at later stages should its strain character and coat protein composition change significantly. These factors would result in such tests yielding significant “false negative” results in a large population.

If such tested individuals happen to be asymptomatic, a follow-up PCR-based nucleic acid test for the virus would probably not be recommended under the assumption that they carry no infection from the virus. This will result in such infected people getting a false guarantee and the licence to indulge in unrestricted social mixing and spreading community infection.

Several reports of the possible efficacy of several pre-existing vaccines against SARS Cov-2 has been emerging with suggestions that they might be effective against it along with proof of them interfering or cross-reacting in antibody-based tests for the virus. This is anticipated especially in individuals either having a history of such vaccinations or diseases associated with such vaccines.

This includes vaccines against dengue, measles, mumps, rubella (MMR) and perhaps tuberculosis. If these reports are true, a large number of people in our country who have either been administered such vaccines or have suffered from the associated diseases may well test positive for the SARS Cov-2 infection through such antibody-based rapid tests.

These “false-positive” responders would also test negative for the presence of the virus in their body, through a follow-up PCR-based test for the virus. Disturbingly, the same would be observed for the clinically important group in the “locked” community which has successfully cleared the virus through their robust immune response. Differentiating these two groups may thus become extremely challenging through such tests. Moreover, this entire exercise may also result in futile wastage of such kits as collateral damage.

Thus such antibody-based rapid tests with palpable risks of false results may not be useful for confirming or accurately detecting potential community infection from the virus or immunity status even if it is executed as a random test to assess “hot-spots” of Covid-19 without proper validation.

Countries like the UK, Italy, Spain and the US have already expressed similar concerns while relating their recent experience with such antibody-based rapid tests and have ultimately abandoned them. However, it is still possible to check how far such anticipated risks are valid for our population through prudently-designed pilot experiments and validations before embarking on large-scale community testing using such rapid testing tools.

This would also provide a prior understanding of the true limitations of such tests and precautions to be taken during data interpretation. Admittedly, all such disease detection tools have to mandatorily pass through such validations to yield accurate results, which can be time consuming.

Given the constraint of individually testing almost 1.35 billion people for possible infection from the virus and the undeniable benefit of conducting random antibody tests for monitoring the viral infection in our massive population, a properly executed serological test can indeed be useful. This will surely help us to mitigate potential risks of community infection and get out of this lock-down sooner.

However, it would be a clinical blunder to go ahead with such tests without proper validation as it may create more trouble for us to manage this pandemic than solve it. After all, a bad test can be worse than no tests at all.