Lockdown 4 details before May 18 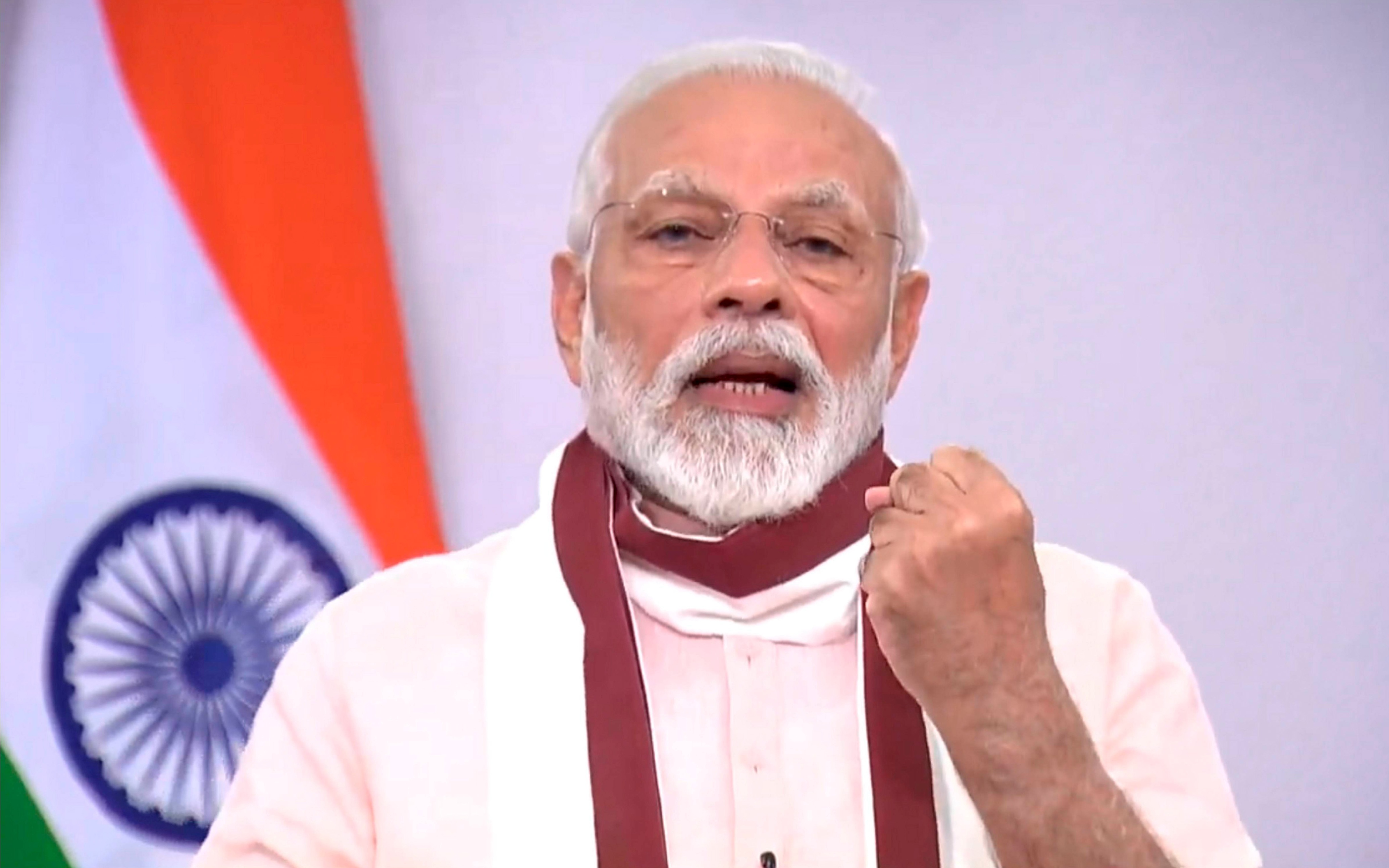 Prime Minister Narendra Modi announced a Rs 20 lakh crore economic package for a “self-reliant India” to combat the coronavirus epidemic on Tuesday, stressing that the fund will have something for everyone.

On the ongoing shutdown across the country, Modi said lockdown 4 would be vastly different, details of which would be announced by the government before May 18.

“This package is for migrants and farmers who work for the nation day and night, no matter the circumstances,' Modi said in a televised address to the nation, adding that the package was worth 10 per cent of India’s GDP.

The stimulus package, details of which would be announced by the finance ministry in the coming days, would focus on “land, labour, liquidity and law” and help small businesses, labourers and farmers.

“A virus has ravaged the world, we have never seen or heard a crisis like this,' he said.

Modi said the special economic package would be the main component of 'Atma-Nirbhar Bharat”, signalling a new India that would go back to the philosophy of self-reliance.

As an example, he pointed out that India did not make PPE (personal protection) kits or the superior-quality N95 masks when the pandemic began spreading across the globe. He added that Indian industry had responded quickly to the challenge and now makes 2 lakh PPE kits and 2 lakh N95 masks daily.

“We need a self-sufficient India/ We Indians have turned this crisis into an opportunity at every step,” he added.

The only way for India to triumph over the crisis, he added, was to 'strengthen our resolve so that our resolve is even greater than this crisis.'

Setting a road map for the future, Modi said the India’s march into the 21st century would be based on five pillars, namely, economy, infrastructure, systems, demographics, and demand..

PM Modi identified five pillars essential for the success of an Atmanribhar Bharat.

1. A robust Economy, that doesn't only effect 'incremental change', but introduces 'quantum jumps'

The Prime Minister spoke of an economy that is about quantum jumps as opposed to incremental change, infrastructure that will form the gateway to modern India, systems that can fulfil 21st century aspirations, a demography that was vibrant and demand that was based on a robust supply-chain network.

The Prime Minister’s address came after a virtual meet with chief ministers on Monday when he said that the challenges posed were two-fold: reduction of the transmission rate of the novel coronavirus and gradual increase in public activities while adhering to all guidelines.

“The Centre and states will have to work towards achieving the twin objectives,” he said.

Tuesday’s address to the nation was Modi’s fifth, including a video message, following the outbreak of Covid-19.

In his March 19 address, the Prime Minister announced a 'janata curfew' to be observed on March 22. On March 24, he announced a 21-day nationwide lockdown beginning he next day.

On April 3, in a video message, Modi asked the nation to light lamps for frontline corona warriors on April 5.

On April 14, he extended the lockdown period till May 3.