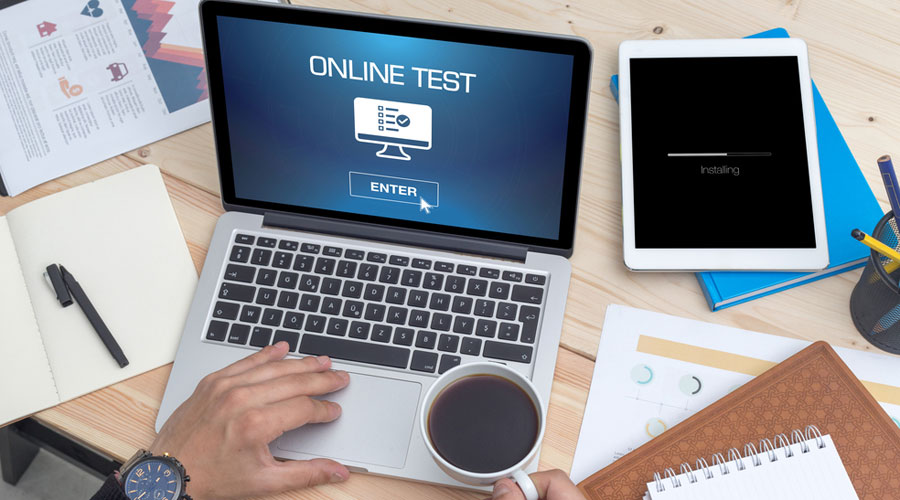 The feedback apparently came from some of those among whom the questions had been circulated second-hand.
Representational image from Shutterstock
Basant Mohanty   |   New Delhi   |   Published 11.07.20, 02:12 AM

Online “open-book” university exams are being compromised with the students seeking readymade answers from the Internet and teachers of other institutions, campus officials say, but the University Grants Commission is in no mood to relent.

As soon as the Netaji Subhas University of Technology, Delhi, started its mathematics exam at 10am on Friday, many candidates passed the questions on to friends and to teachers from other universities they knew, two officials of the institution said.

The feedback apparently came from some of those among whom the questions had been circulated second-hand. The officials added that of the eight questions in the paper, valid answers to seven could be found through a simple Internet search. The students were required to answer only five questions.

Academics have been insisting that the questions for the un-proctored, sit-from-home online tests must be framed in such a way that readymade answers cannot be found easily in books or even the Internet.

Many teachers and students have opposed the commission’s push for the conduct of final-year exams amid the Covid crisis, saying it would incentivise online tests that would exclude or handicap rural and impoverished students while also opening the door to large-scale malpractice.

In several of the papers in the DTU’s online exams, the percentage of students scoring over 90 per cent rose to 60 from 15 last year, raising concerns about possible malpractice.

Netaji Subhas University of Technology, however, has gone a step ahead and decided to hold online exams for students of all semesters. It kicked off the exercise on Friday with the second-semester mathematics paper.

The students were to download the questions from the university website, write the answers on sheets of paper, take pictures and upload them on the website between noon and 1pm.

As soon as feedback of malpractice arrived, vice-chancellor J.P. Saini was informed. But the exam was allowed to go on.

“What’s happening is fraud and malpractice in the name of online exams. This will damage the institution’s reputation and devalue the degrees,” a teacher at the university said.

The commission had this week prodded all universities to hold the final-year exams by September, online or offline. On Friday, Congress leader Rahul Gandhi opposed the move.

“It is unfair to conduct exam during Covid-19 pandemic. UGC must hear the voices of students and academics. Exams should be cancelled and students promoted on basis of past performances,” he tweeted.

Commission secretary Rajnish Jain admitted that many students lacked access to laptops or high-quality Internet services, and many institutions lacked the infrastructure to hold online tests. But he defended the push for exams as a way of protecting the students’ long-term interests.

“A limited number of universities may go for (online tests),” he told The Telegraph on Friday. The rest will have to hold pen-and-paper exams, abiding by government guidelines on social distancing and sanitisation, he said.

Jain said the commission’s decision was based on “an expectation that the Covid crisis may improve in the next two or three months to enable institutions to hold offline exams by September”. “Still, the situation is dynamic. It will be reassessed later,” he said.

He said that degrees awarded after “the conduct of proper examinations will have greater credibility and wider acceptability”.