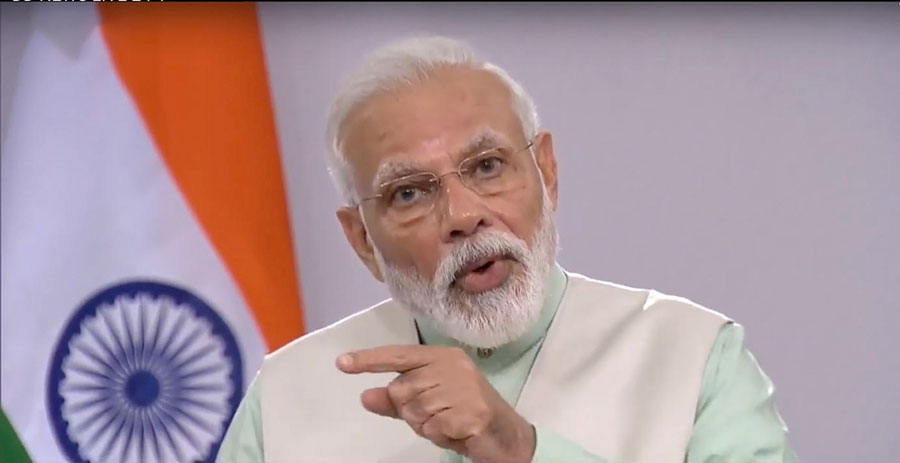 The Narendra Modi government on Friday tweeted a video message from a cardiologist who had plucked terminology from yoga, physics and biology to suggest that the Prime Minister’s call for candles being lit nationwide on Sunday would protect people from the coronavirus.

Indian scientists who have created a web page to bust the myriad hoaxes linked to the coronavirus were on Friday night preparing a response that would refute elements of the cardiologist’s claims that the government had described, albeit briefly, as “science”.

Agarwal’s message had said: “The call from Modi for us to pray for nine minutes with resolve and light candles is based on Yoga Vashishtha chapter six, the principle of collective consciousness. What 5 per cent of people think, 95 per cent will do.

The government soon deleted the tweet, but not before it had gained wide viewership.

Scientists said Agarwal’s message combines jargon from multiple areas of knowledge to create the false impression that a large collection of people simultaneously lighting candles can somehow prevent the coronavirus from attaching itself to the ace receptors, the molecular gateways it uses to enter cells.

“It is trying to use some language from science to gain (an appearance of) authenticity -– but it doesn’t mean anything,” said R. Ramanujam, professor of computer science at the Institute of Mathematical Sciences, Chennai, who is among scientists contributing to the web page that discusses hoaxes and explains the science of the outbreak.

“It is possible some people might draw comfort from lighting candles. Maybe some view the lighting of candles as an expression of solidarity,” he said.

“But this isn’t spontaneous solidarity; it comes top-down. Solidarity is also about caring for the millions now locked out of their livelihoods.”

The web page already has 16 hoax-busting points, clarifying that the coronavirus was not created in a lab; that eating non-vegetarian food does not cause coronavirus infections; and that cow urine or cow dung cannot protect people from the coronavirus.

Reeteka Sud, a researcher at the National Institute of Mental Health and Neurosciences, Bangalore, who is associated with the web page, said several scientists were crafting a response to the cardiologist’s claims. It is important that the correct message reaches the public, she said.

The scientists’ group, called IndSciCov, on Friday night posted a series of tweets on the proposed candlelight campaign. “Viruses interact with molecules, cells and tissues in the body in a purely physical and chemical manner. There is no evidence that shouting, singing or lighting will influence these reactions,” the group tweeted.

“The need of the hour is social solidarity, while maintaining physical distancing. Conscientious social engagement is needed to address both the disease and the acute socio-economic neglect faced by migrant workers and the country’s poor.”