The count of active patients rose in 19 of India’s 20 most populous states on Friday, with the country recording over 39,700 new cases nationwide 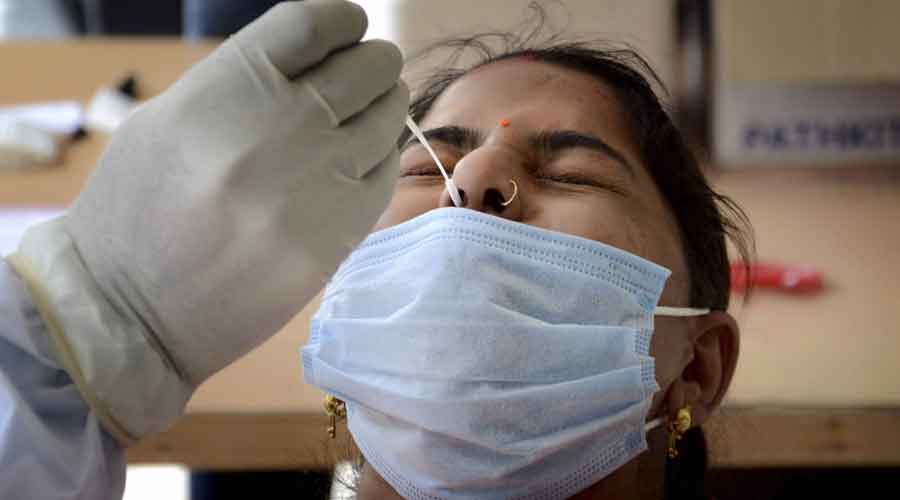 The resurgence of India’s Covid-19 epidemic and its spread into small towns may challenge the efforts to hold down the death rate, which is now 0.6 per cent or almost a third of the value during the first wave, experts said.

The counts of active Covid-19 patients rose in 19 of India’s 20 most populous states on Friday, with the country recording over 39,700 new cases nationwide, but the monthly mortality rate was the lowest since the start of the pandemic.

The case fatality rate (CFR) — the fraction of deaths among lab-confirmed Covid-19 cases — has steadily declined from about 1.7 per cent in July to 1.3 in December, 0.8 in February and 0.59 in March.

Health officials and doctors have attributed this month-by-month decline in the CFR to improvements in clinical management — aided by the falling counts of patients — since the epidemic’s first peak in mid-September.

But the past two weeks have revealed the sharpest increases in daily case counts in small towns — a 500 per cent increase at Ratlam in Madhya Pradesh, 385 per cent at Nanded in Maharashtra, and 300 per cent at Yamunanagar in Haryana.

“It’s not over. We’re now better prepared than last year but we need to really brace ourselves for another peak,” Nitin Gupta, assistant professor of infectious diseases at the Kasturba Medical College, Manipal, told The Telegraph.

Experts have predicted that the infection will grow fastest in the small towns, where the proportions of the population susceptible to the virus are higher than those in cities where large fractions of people have already been infected.

“The low CFR is encouraging, but health systems in small towns will need to have the capacity to manage the surges they are facing,” said Oommen John, a senior research fellow at The George Institute for Global Health, New Delhi.

Surajpur in Chhattisgarh, Karnal in Haryana, Mehsana in Gujrat, Bidar in Karnataka, and Solan and Una in Himachal Pradesh are among 70 districts across 16 states where the daily counts have increased by more than 150 per cent over the past two weeks.

Health officials say that in some of these districts, the baseline numbers are low and there are still opportunities to curb the spread through standard public health measures — aggressive testing and isolation of cases, quarantining of contacts and surveillance.

“But if the counts continue to grow unabated, local health systems in some places may not be equipped to (carry out) appropriate triage (identifying which patients are to be prioritised for urgent treatment) and manage cases,” John said. Health experts are worried that this might raise the CFR.

Medical researchers are also concerned that the CFR could increase if more infectious variants of the coronavirus circulate and drive the epidemic’s current growth, although there is no epidemiological evidence for this yet.

Genome-sequencing efforts have revealed a variant with a double mutation in about 20 per cent of the samples in Maharashtra — the state with the sharpest rise in cases. Lab studies suggest that one mutation may allow the virus to evade immune responses, while the other makes it more infectious.

“A more infectious variant — even if it does not increase the severity of the disease — can increase the number of deaths, simply by increasing the number of infected people,” said a senior medical researcher involved in the sequencing efforts.