1.51 lakh migrants not in isolation centres 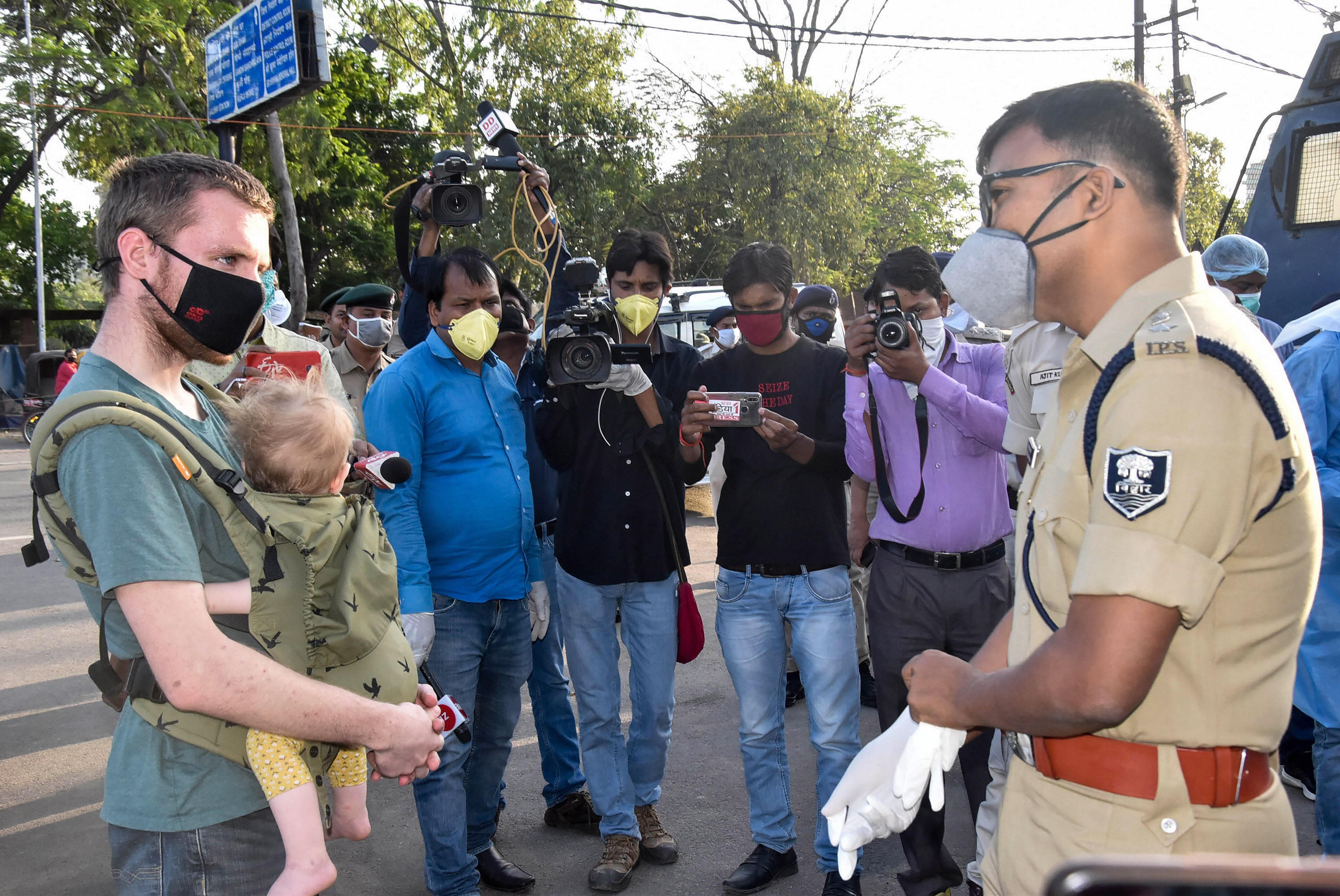 SSP Upendra Prasad Singh enquires from US tourists about their travel history during a nationwide lockdown in the wake of coronavirus outbreak, in Patna
(PTI)
Dev Raj   |   Patna   |   Published 04.04.20, 10:00 PM

More than 1.5 lakh migrants who have returned to Bihar never reported to the government quarantine centres established for them, figures show, with a senior government doctor warning the “fiasco” could seriously “compromise” the battle against the coronavirus.

Around 1.81 lakh migrants returned to Bihar amid the lockdown, according to the state government. But only 27,000 among them — less than 15 per cent — have been quarantined, official figures show.

When the migrant workers began arriving from Delhi and its neighbourhood, the Nitish Kumar government had set up screening camps at the state’s borders.

From there, the migrants were to be sent to their home districts and quarantined in government schools close to their villages for 14 days.

The disaster management department (DMD) was tasked with establishing and running the quarantine camps, where the inmates were to be provided free accommodation and food. Some 3,200 government schools were turned into quarantine centres.

The DMD was also assigned to set up the border camps, where health department teams did the screening.

That just 27,000 migrants ended up at the quarantine centres — at an average of less than nine per school — points towards serious lapses.

It also means that tens of thousands of the returned migrants, including suspected coronavirus carriers, may be mingling freely with others in the villages and towns.

Asked about the lapse, principal secretary (health) Sanjay Kumar told The Telegraph that establishing and operating the quarantine camps was the DMD’s responsibility.

“The 27,000 people quarantined are, I think, among those who arrived in the last wave,” he said, appearing to imply that the screening-and-quarantine arrangement had clicked into gear only towards the end.

He agreed that those migrant workers who directly went home without being quarantined could, if infected, spread the disease in their villages.

DMD minister Lakshmeshwar Roy said that those returned migrants who were not at the quarantine centres would have been in home quarantine. He, however, fumbled when reminded that most migrant workers live in small houses, packed with family members, where nobody could be properly isolated.

“I will check with my officers about what has happened and get back to you. They are working with full sincerity in the present situation,” Roy said. He had not got back to this correspondent till the time this report was filed.

Although the official figures say that 1.81 lakh migrants have returned, government sources conceded that thousands more may well have dodged the border checkpoints and gone straight to their villages.

Besides, sources said, the security was so poor at the quarantine centres that many inmates escaped in a day or two. Many ran away because of the poor living conditions and bad food.

A senior health department doctor, speaking on the condition of anonymity, described it as a “fiasco”. “How much it has compromised the war against the coronavirus will be known in the coming days. It’s a failure by all concerned — the state government and the Centre,” he said.