The institute is now conducting the second-stage trials, which are limited to 1,600 volunteers and monitoring antibodies 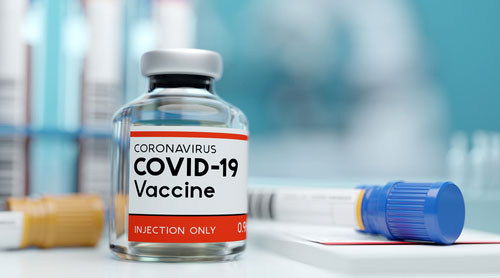 The third-stage trials will cover a significantly higher number of people and assess whether the vaccine actually offers protection from contracting the virus
Shutterstock
Amit Roy, G.S. Mudur   |   London, New Delhi   |   Published 10.09.20, 02:22 AM

The late-stage global trials of the Oxford vaccine for the coronavirus have been paused because of a serious suspected adverse reaction in a volunteer, pharma giant AstraZeneca has said.

It is not yet known whether the reaction was directly caused by the company’s vaccine or was coincidental. The Oxford vaccine is in the third and final stage of its trials, with some 100,000 volunteers, many of them elderly, in the UK, and 30,000 others in Brazil, South Africa and the US.

The Pune-based Serum Institute of India said on Wednesday it would continue with clinical trials (second stage) of the Oxford candidate vaccine in India although AstraZeneca has paused global trials.

Serum Institute posted on Twitter: “We (Serum Institute of India) can’t comment on reports of AstraZeneca pausing the trials in the UK other than that they have been paused for review and shall restart soon. The Indian trials are continuing and we have faced no issues at all.”

Serum Institute officials were not immediately available to explain how the Indian clinical trial would continue when AstraZeneca had paused global trials of the same vaccine. A company spokesperson said it had no additional information to provide other than that the trial in India will continue.

Samiran Panda, head of the epidemiology division in the Indian Council of Medical Research (ICMR) and a member of the national task force on Covid-19, told The Telegraph that Serum would need to elaborate what it meant when it said the trial would continue in India even after AstraZeneca’s announcement.

“But there is nothing surprising about the pause — when a vaccine is testedon thousands of patients, it is possible that some of the recipients might develop illness. But it may have nothing to do with the vaccine,” Panda added.

Serum Institute is now conducting the second-stage trials, which are limited to 1,600 volunteers and monitoring antibodies. The third-stage trials will cover a significantly higher number of people and assess whether the vaccine actually offers protection from contracting the virus.

The third-stage trials in the UK, Brazil, South Africa and the US are on hold.

AstraZeneca, which is developing the vaccine, described the halt as a “routine action which has to happen whenever there is a potentially unexplained illness in one of the trials, while it is investigated, ensuring we maintain the integrity of the trials”.

Officials in the US and Europe said that the pause was a sign that the process was working as designed, serving as reassurance that a vaccine that made it through the all the phases of the clinical trials would be safe.

A person familiar with the situation told The New York Times that the participant who experienced the suspected adverse reaction had been enrolled in a Phase 2/3 trial based in the UK. The individual also said that a volunteer in the UK trial had received a diagnosis of transverse myelitis, an inflammatory syndrome that affects the spinal cord and is often sparked by viral infections. However, the timing of this diagnosis, and whether it was directly linked to AstraZeneca’s vaccine, is still unknown.

Transverse myelitis can result from a number of causes that set off the body’s inflammatory responses, including viral infections, said Gabriella Garcia, a neurologist at Yale New Haven Hospital. But, she added, the condition is often treatable with steroids.

AstraZeneca declined to comment on the location of the participant and did not confirm the diagnosis of transverse myelitis.

The head of Cipla, Yusuf Hamied, who is keeping himself informed of vaccine trials because his firm will probably market the successful candidate in India, told this newspaper on Wednesday: “One should not rush into a vaccine until it is proven to be safe. One has to be very cautious. Instead of rushing it in October, it is better to wait until next year.”

Commenting on the halt, the BBC’s medical editor, Fergus Walsh, was not unduly pessimistic: “At first glance this may seem alarming. A vaccine trial — and not just any vaccine, but one receiving massive global attention — is put on hold due to a suspected serious adverse reaction. But such events are not unheard of.

“Indeed the Oxford team describe it as ‘routine’. Any time a volunteer is admitted to hospital and the cause of their illness is not immediately apparent, it triggers a study to be put on hold.”

Oxford Covid vaccine to roll out next year