Covid cluster detected after two from India attend US wedding

Genome sequencing from six patients, who attended the open-air event in Houston — all vaccinated — suggests the strain may be able to evade immune responses 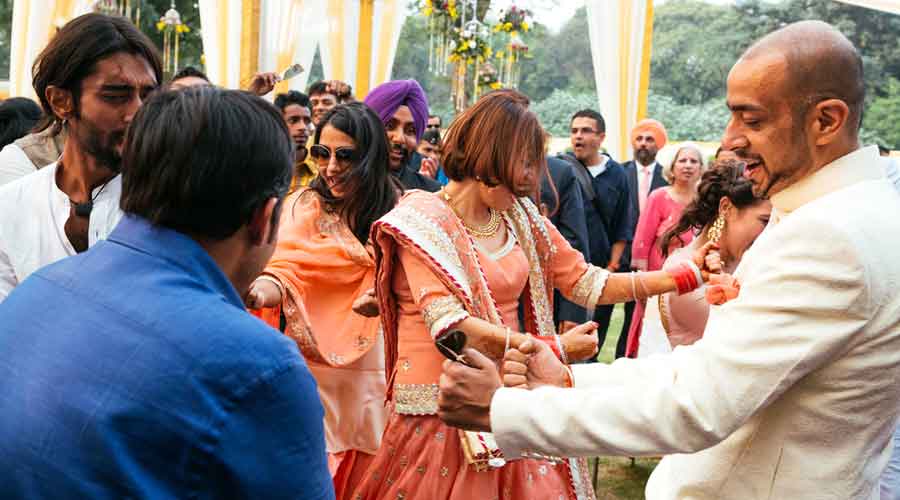 A cluster of four Covid-19 cases detected after two guests from India attended an open-air wedding near Houston, Texas, has underlined the capacity of the Delta coronavirus variant to cause infections in recipients of multiple vaccines.

Genome sequencing of viruses from the six patients — all vaccinated — suggests the Delta variant may be able to evade immune responses in patients who have received the Pfizer or Moderna vaccines or India’s Covaxin, researchers at the Baylor College of Medicine, Houston, said.

Joseph Petrosino, director of molecular virology, and his colleagues probed six Covid-19 cases in April that occurred soon after a wedding gathering in a large, open-air tent with 92 attendees, for which the guests required to be fully vaccinated.

Four other patients with breakthrough infections who tested positive confirmed having close encounters with patients 0a and 0b during the wedding. Two of them had received the Pfizer vaccine, while the other two had received the Moderna vaccine.

“Encounter timings and viral sequence similarities suggest that the strain containing the Delta variant was transmitted to wedding guests from two patients travelling from India,” the BCM researchers said in a research paper not peer-reviewed yet but posted on medRxiv, a pre-print server, on Sunday.

Their study suggests that antibodies elicited in patients who had received the Pfizer and Moderna vaccines and Covaxin may provide decreased immunity to the Delta variant. It is possible that some individuals in the study had failed to produce an effective immune response, the researchers said.

Patient 0a was admitted to a hospital where his symptoms continued to worsen and where he died a month later.

Medical researchers say the findings from both the Houston and Delhi studies highlight the importance of continuing precautions such as wearing a mask and avoiding crowds even after vaccination.

“These results should be eye-openers for fully vaccinated people that they cannot lower their guard,” said Chand Wattal, the chair of clinical microbiology and immunology at the Sir Ganga Ram Hospital, one of the three participating hospitals in Delhi.

But public health researchers say that despite the emergence of breakthrough infections, all observations to date show a strong protective effect of the vaccines against severe disease. Lab studies have shown that vaccine-elicited antibodies are effective against coronavirus variants.

“Partial efficacy of current vaccines (70 to 75 per cent coverage) is theoretically sufficient to stop a pandemic,” Petrosino and his colleagues said in their paper. “Slowing the spread could prevent the emergence of future variants, hastening the end of this pandemic.”