Migrant wonders if it was prudent to come back home 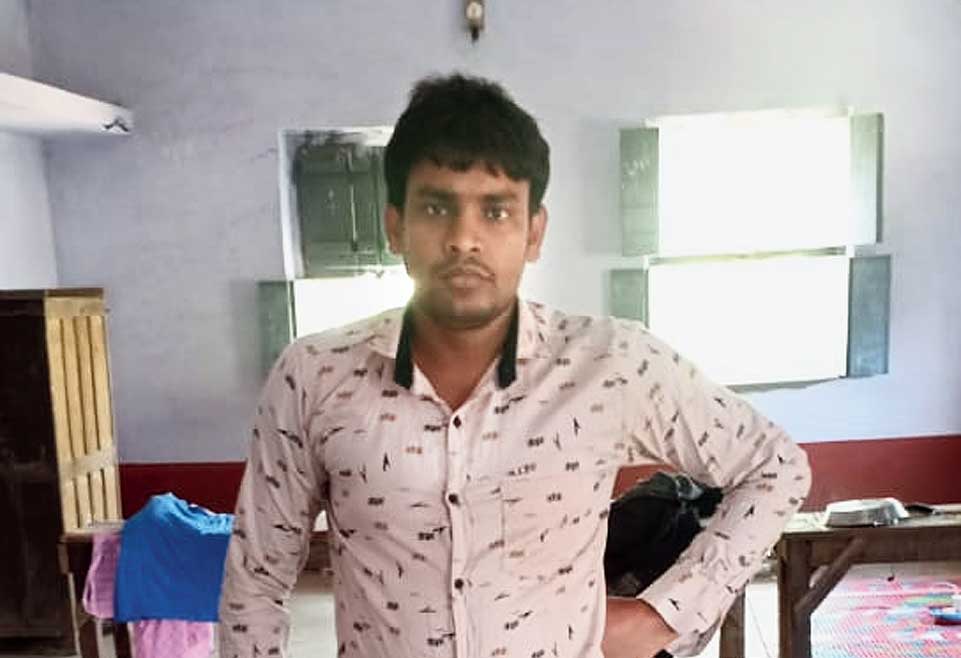 If the migrants were locked down at four hours’ notice, their return too appears to have been facilitated with little thought about the morning after.

Irshad Ali, 27, who was relieved to find a seat on a migrant special train from Tamil Nadu to Bengal on May 28, is now wondering whether it was prudent to return home when he did.

“I was under the impression that work at my factory will not start anytime soon, given that we were going through so many lockdown extensions,” Irshad said over the phone from the Palita High School quarantine centre in Birbhum on Saturday.

The rules require all passengers from five states, including Tamil Nadu, to be quarantined institutionally for 14 days whether they show Covid-19 symptoms or not.

Soon after Irshad arrived at the quarantine centre, word reached him that the leather plant in Ranipet, Tamil Nadu, was to reopen on June 1. The quarantine norms have ruled out Irshad’s departure before he finishes 14 days in isolation.

“I had not even been here for two days when the factory informed its workers that it would reopen on June 1. Police here are not going to pay any heed before I finish my quarantine, which means I’m stuck,” Irshad said.

“I fear that I will lose my job if I’m not back there in a week. I understand this is a first in the nation’s history, but people like me are going to suffer because of the lack of coordination.”

Irshad did not specifically blame anyone. If Prime Minister Narendra Modi abruptly announced the lockdown on March 24, the return was hurriedly pushed through by the Centre — often by maligning state administrations that had advised caution and sought breathing space in the middle of the Covid fight.

The Bengal government has assured migrants like Irshad of work under the Mahatma Gandhi National Rural Employment Guarantee Act (MGNREGA). But hard economics — and aspirations that the Centre had overlooked when it offered free food grain but little cash — come into play here. The migrant workers do not live by bread alone.

If Irshad is given 100 days of work guaranteed by the MGNREGA, he stands to earn a little over Rs 20,000 a year, which was the minimum salary he was paid every month by the leather factory in Tamil Nadu. The factory offered him free accommodation, too.

Irshad explained why he had left home seven years ago to work in Tamil Nadu: “It’s not for no reason that thousands of youths leave Bengal. The same work here earns us less than half what we are paid in the quicker-developing states of the south and the north.”

Even if the Centre heeds chief minister Mamata Banerjee’s plea for a cash handout of Rs 10,000 to each migrant worker, Irshad, who had carved a niche for himself above the subsistence category, shudders at the thought of living off charity.

“I want to have a family; I want to live comfortably; I want my children to rise out of this situation of dependency,” a harried Irshad said.

“I was getting used to a certain way of life. I had even bought a motorbike — and have several of the payments (EMI of Rs 4,000) left — but now I’m afraid this life is going to go away.”

A Class II dropout, Irshad had begun working with one of his relatives at a local leather factory and gradually acquired various skills, including painting and running machinery.

A return to agricultural life is the last thing he wants. “I saw my father raising us on an agricultural income. He is a senior citizen now and is still working on his three acres. He fed us and took care of us, but I don’t want that life for my family,” Irshad said.

Irshad’s younger brother is also a migrant worker in Tamil Nadu, but he desisted from returning home citing “exactly the uncertainties like the ones I am facing now”, the elder brother said.

Representatives of migrant welfare organisations said the onus of ensuring migrant workers’ standard of living was on both the state and central governments.

“Many migrants have returned home after taking big loans. The survival of their families is at stake. We demand the establishment of small and middle-scale industries in rural and urban areas to provide jobs to the returned migrants,” said Samirul Islam, president of the Bangla Sanskriti Mancha, a social organisation working for migrant workers.

Sheikh Sahirul, a mason who returned to Labhpur, Birbhum, with a large group on a truck in mid-May, too wants to go back to Mumbai despite the expenditure he had incurred on his homecoming.

Already Rs 30,000-plus in debt, he had to shell out nearly a third of that amount to secure his ticket home.

“My mother had to take a loan from local moneylenders to bring me back home,” Sahirul said.

“I have nothing to do here. I need to move back to Mumbai as soon as I can. Besides, a contractor owes me Rs 1 lakh --- he didn’t pay me back during the lockdown.”