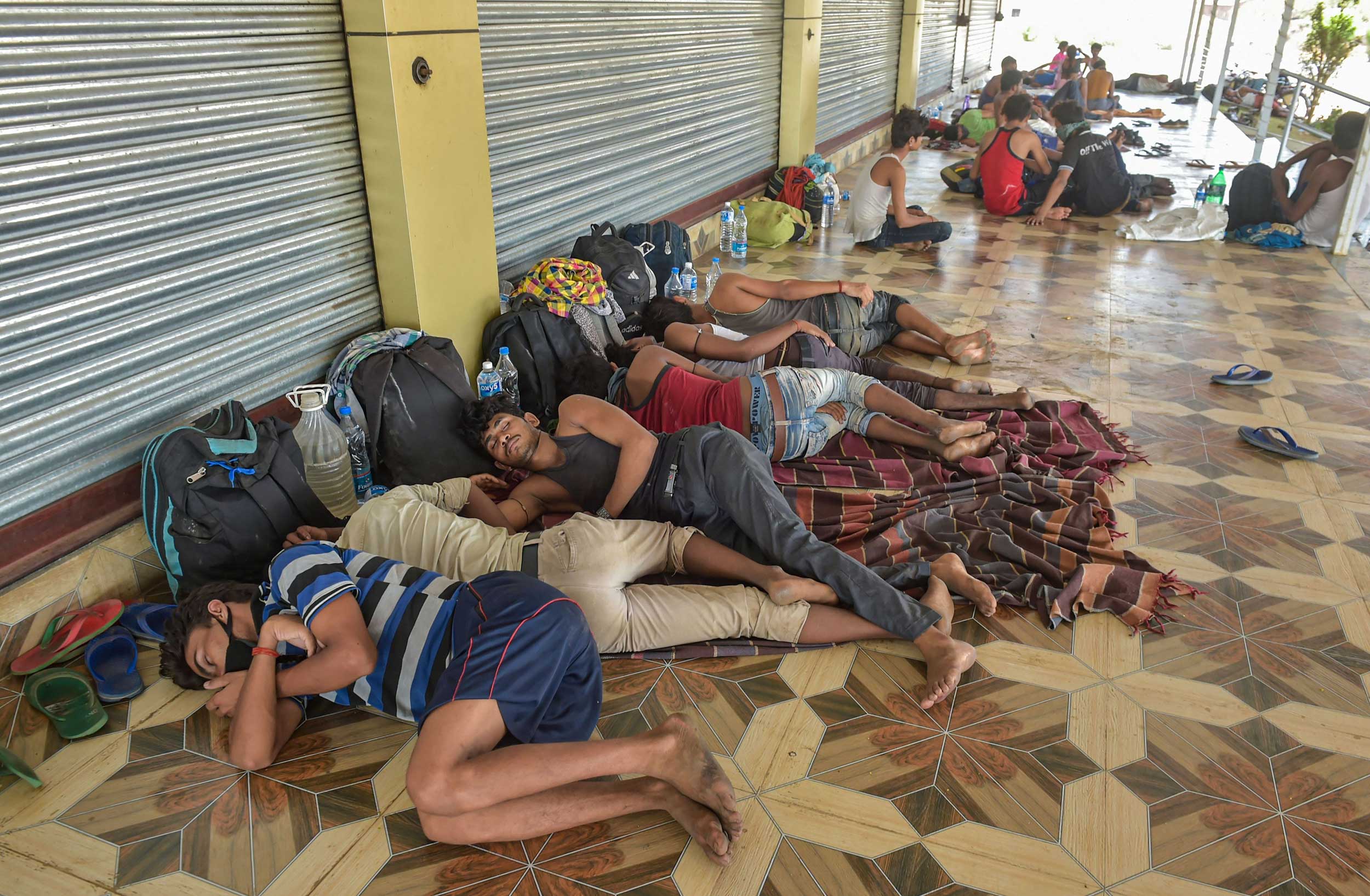 April witnessed the least work generated under the rural job scheme for any month in the past five years despite the lockdown leaving villagers unemployed and in desperate need of work, an academic said.

While 27 crore people have job cards under the Mahatma Gandhi National Rural Employment Guarantee Act, 12 crore are “active workers” who have regularly sought and found work in recent months and years.

In April, only 93 lakh people secured work, accounting for less than eight per cent of the active workers.

Reetika Khera, economics professor at IIM Ahmedabad, said April recorded just 2.4 crore person days under the scheme, which is between eight and 10 per cent of the month’s average of 25-30 crore person days.

“It’s the lowest for any month in the past five years,” she said.

The scheme was never officially halted during the lockdown. The Centre had nudged the states to encourage, for the first three weeks, projects for individual benefit that require a single worker and are therefore conducive to social distancing.

Since April 20, however, all kinds of projects including community projects were encouraged.

Yet the figures were dismal. Bengal, home to the largest pool of active job scheme workers — 1.37 crore — provided employment to only 8.5 lakh (just over six per cent) in April.

Laxmidhar Pradhan, a villager from Odisha’s Puri district, explained why the work generation had been so poor in his gram panchayat of Ambapada.

“People interested in working could not submit their applications because the panchayat office was not functional,” Pradhan said.

Under the scheme, which provides for up to 100 days’ unskilled work to every rural household in a year, the workers place their demand for work before the panchayat.

It’s the panchayat that plans projects such as the construction of embankments, check dams, godowns and water-harvesting structures, the cleaning of ponds and canals, and plantation or horticulture work. It also decides which individual-beneficiary projects such as the digging of ponds or wells on personal land — should be permitted. The panchayat has to provide employment within 15 days of the demand being made.

Khera, the IIM professor, said: “It’s likely that MGNREGA employment will pick up in May, but the government needs to take proactive measures to ensure the workers’ right to 100 days’ work is realised.”

She said the e-muster rolls that require prior registration of demand must be suspended. Every gram panchayat must have at least one public work site at all times where anyone who shows up to work must be given employment.

The government must reassure workers they will be paid on time and in a convenient manner, even if that means reverting to cash payment by the gram panchayat, she said.

Delayed payment of wages is a longstanding complaint about the job scheme.Khera said measures to ensure worker safety must also be put in place. “To compensate the workers for their losses in April, the government should consider giving 10 days’ wages (approximately Rs 2,000) per job card,” Khera said.

Several organisations working on rural employment and about 30 concerned citizens have written to rural development minister Narendra Singh Tomar suggesting the 100-day limit be waived to give willing workers employment for the entire year.

They have said that since large numbers of villagers lack job cards and getting new job cards can be time consuming, anyone looking for work under the rural job scheme should be given employment.

Activists such as Nikhil Dey and Aruna Roy have petitioned the Supreme Court to direct the government to pay the full wages to job scheme card holders for every day of the lockdown period.

They have cited the government’s own suggestion to all employers that any worker unable to report for work during the lockdown should be deemed to have worked and paid accordingly. The matter will come up for hearing next week.