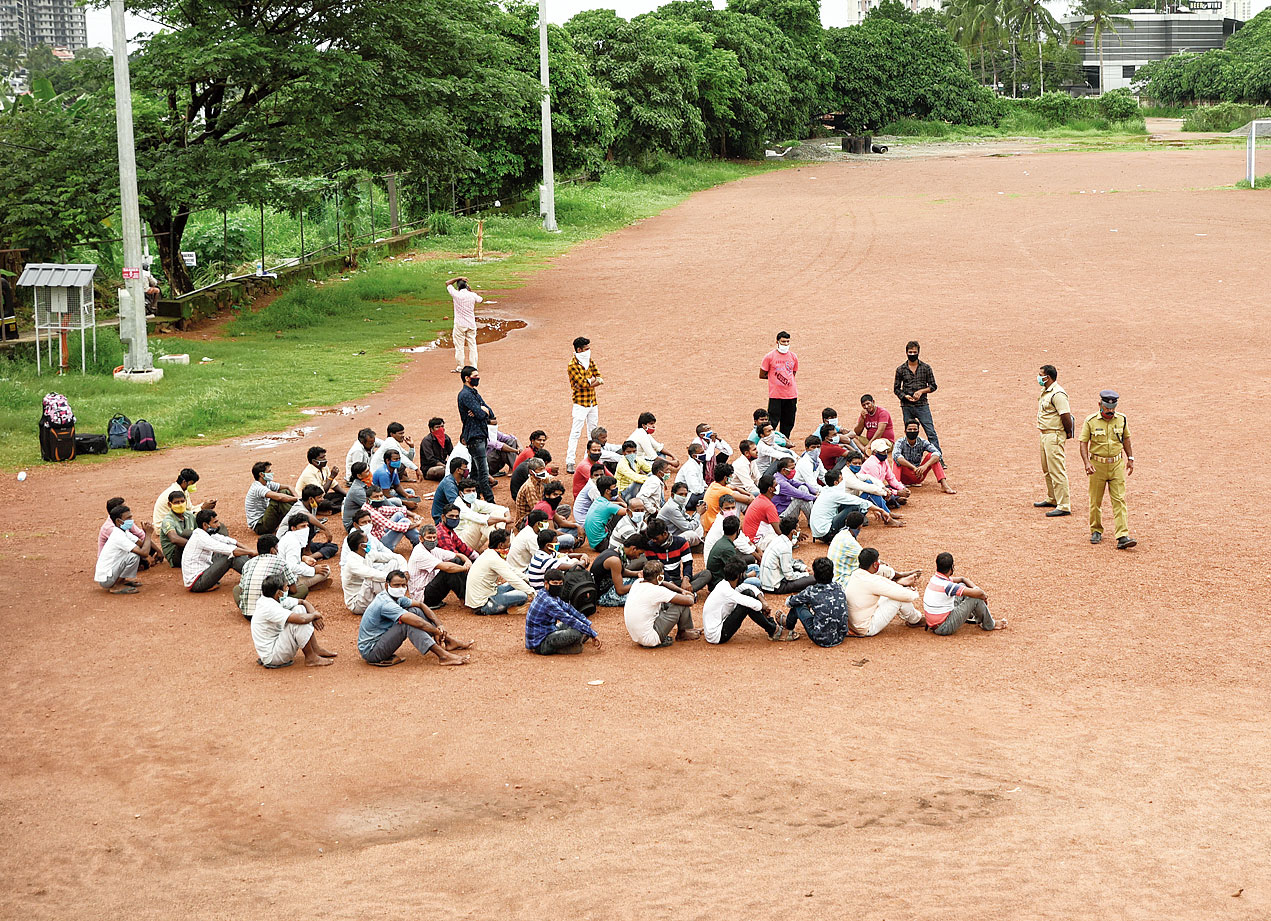 Job loss rates have been similar in rural and urban areas but the perceived “surety of losing work” is higher in the rural areas and the highest among Muslims among communities, a survey of 1,405 workers across nine Hindi-speaking states has found.

“The survey revealed that the perception of uncertainty about future of work was the highest among women and inter-state migrants, and certainty of job loss highest among Muslim workers,” says the study, titled “Labouring Lives: Hunger, Precarity and Despair amid Lockdown”.

“Discrimination against Muslim workers in connection with the Tablighi Jamaat issue came up in the interviews.”

The researchers have added: “Contrary to expectations, rural and urban areas have very little difference in terms of job loss. This indicates that without adequate state support, it would be extremely difficult for the poor to survive in the lockdown period, irrespective of location.”

Of those surveyed, 43 per cent felt uncertain about finding work after the lockdown, and a tenth felt sure they would not get their previous jobs back.

“This points towards the need for immediate attention to the countryside as it would be burdened with a load of return migrants.”

The government prod to employers to pay their workers through the lockdown has been largely ignored, says the study conducted by the Centre for Equity Studies (led by former bureaucrat Harsh Mander), Delhi Research Group and the NGO Karwaan-e-Mohabbat.

More than three in five respondents went hungry for at least an entire day during the lockdown, and casual labourers were the worst hit, especially the inter-state migrants, backward-class members and Muslims among them.

A little over half the respondents did not take loans to survive, mostly because credit was not available even from moneylenders.

Allowing workers to leave for home at the beginning of the lockdown could have reduced their distress with a much lower risk of spreading the infection in villages, the report says.

Also, rations for all who needed them and cash transfers of Rs 7,000 per household could have averted the widespread hunger and job losses, it adds.

The solutions it offers include an expanded and revamped rural job scheme, and an urban job scheme like the US implemented after the Great Depression of the 1930s.

“The 100-day limit per household has to go; work has to be provided on demand without any limit to all adults. And permissible work must include not just agricultural work but also work in rural enterprises and care work,” the report says.

“Panchayat-owned rural enterprises could be started whose wage bills should be covered, until they can stand on their own feet, by the central government through the MGNREGS (Mahatma Gandhi National Rural Employment Guarantee Scheme).

“Growth in India in the coming days will have to be sustained by domestic markets. Since the most important determinant of growth of the home market is agricultural growth, this must be urgently boosted.

“The MGNREGS can be used for this, paying wages for land development and farm work for small and medium farmers; apart from government support through remunerative procurement prices, subsidised institutional credit, other input subsidies, and redistribution of unused land with plantations.”

For this, and for critical investments in health and education that would be imperative after the pandemic, the researchers have proposed taxing the rich.

“A 2 per cent wealth tax on the top 1 per cent of the population, together with a 33 per cent inheritance tax on the wealth they bequeath every year to their progeny, can finance an increase in government expenditure to the tune of 10 per cent of GDP.”

The study was carried out between May 25 and June 10, and was funded by the Rosa Luxemburg Foundation, a think tank of Germany’s The Left party.

Workers who had earlier contacted the civil society group Aman Biradari in Delhi or other groups in Solan, Himachal Pradesh, for food relief were the respondents. The researchers obtained their responses over the phone after they had reached their home states across northern and eastern India.