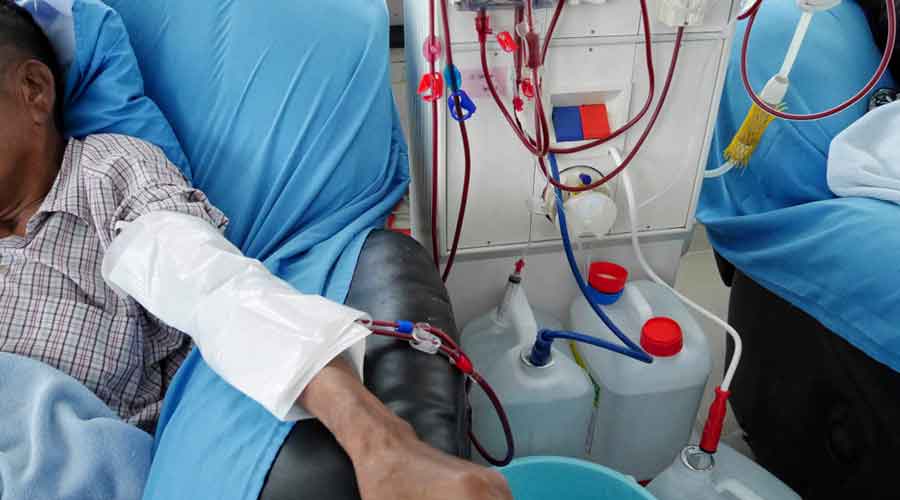 Patients in India undergoing dialysis under government health insurance cover faced 25 per cent excess mortality during the nationwide lockdown, a study to assess the lockdown’s impact on health outcomes among kidney patients has suggested.

The study by Stanford University researchers has found that mortality among dialysis patients increased sharply from 2.72 per cent during March to 4.56 per cent during May, an increase never seen over the previous year.

The mortality levels reduced to 3.42 per cent in June and 2.96 per cent in July, leading to an overall death rate between April and July 2020 that was 25 per cent higher than the mortality during the same months in 2019, the researchers said.

“We see this sharp spike in the death rate in May; it falls over the next two months but remains higher than it was in March,” Radhika Jain, a post-doctoral fellow studying health policy at Stanford, told The Telegraph over the telephone. “These are the unintended consequences of the lockdown,” she said.

The Stanford study is among the first to assess how the death rates among dialysis patients changed during India’s lockdown. An earlier study by medical researchers had tracked a reduction in demand for dialysis services across eight government and 11 private hospitals in India.

They picked a sample of 2,110 patients on dialysis in Rajasthan and called their households during and after the lockdown. They found that 63 per cent patients had experienced a disruption to their dialysis care services because of the lockdown.

About 17 per cent of the patients could not obtain the necessary medicines and 11 per cent had to pay extra hospital charges. The study found that monthly dialysis visits decreased by 6 per cent between March and April — the same level of decrease reported by the National Health Authority, the government agency implementing the nationwide government-paid health insurance programme.

“We looked at a sample population in Rajasthan, but we believe our findings are indicative of the likely effects of the lockdown across India,” Jain said.

The findings, the researchers said, corroborate concerns that a universal lockdown of the kind India had imposed abruptly at four hours’ notice can have large and adverse impacts on healthcare-seeking behaviour, hitting vulnerable populations the hardest.

“These results look quite realistic,” said Vivekanand Jha, senior nephrologist and executive director of The George Institute for Global Health, New Delhi, who was not associated with the Stanford study but was part of the independent 19-hospital survey two months ago.

Jha and his colleagues from the Sanjay Gandhi Postgraduate Institute of Medical Sciences, Lucknow, and other hospitals had found that 704 (28 per cent) of a group of 2,517 dialysis patients had experienced one or more disruptions in dialysis during the lockdown. About 4 per cent (104 of the 2,517 patients) had stopped reporting for dialysis.

“We had found large-scale disruptions in hospital-based care in multiple centres – the Stanford group has gone beyond and confirmed the impact on mortality,” Jha said.