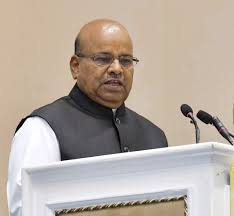 Civil society groups on Friday opposed a reported recommendation by a Group of Ministers to reroute a part of the rural job scheme funds to private enterprises to subsidise their wage payments.

They said the Mahatma Gandhi National Rural Employment Guarantee Act (MGNREGA) was meant to benefit workers, not employers, and that its funds should be enhanced rather than diverted during the Covid-19 crisis.

Media reports have said a GoM headed by social justice minister Thaawar Chand Gehlot has proposed the transfer of a part of the job scheme’s funds to enterprises like factories, construction firms and shops to hire and pay workers.

The GoM has reportedly recommended a merger of the rural job scheme, during the coronavirus crisis, with skill development programmes that allow the extension of government funds to private enterprises. Such a move, the GoM has apparently argued, will make industry competitive and create more employment.

Officials in the rural development ministry, which monitors the job scheme, remained tight-lipped on the reported GoM recommendations.

The job scheme provides for paid, unskilled work for up to 100 days a year to every rural household. The reported GoM recommendation comes at a time researchers and activists have demanded more funds for the job scheme so the number of work days can be raised from 100 to 150 a year.

The Mazdoor Kisan Shakti Sangathan (MKSS), an influential civil society group in Rajasthan, opposed the idea of redirecting job scheme funds, saying the entitlements under the scheme must be protected and honoured.

“We strongly believe that industry, particularly MSMEs, construction work and other livelihoods of the unorganised workers, particularly in the urban areas, have been gutted by the economic crisis and need meaningful support from the State to recover,” said a statement from the MKSS, which is led by social activists Aruna Roy and Nikhil Dey.

“However, we strongly oppose the move to use MGNREGA as a means of a wage subsidy for other programmes, when the details of the same are not open to the public.”

It argued that the rural job scheme could instead be expanded to provide work to many more people.

“The MGNREGA should be provided more funds. The 100 days of work should be increased to 150 days so that rural people can get more work during the Covid-19 crisis,” he said.

A rural development ministry official said the idea of redirecting job scheme funds to private firms, which are located mainly in urban and semi-urban areas, would defeat the purpose behind the MGNREGA.

“Rural workers may not be available in urban pockets to work under these enterprises,” he said.

Social activist Kamayani Swamy, who works with MGNREGA workers in Bihar to monitor the scheme’s proper implementation, said: “Workers don’t run enterprises. The government can’t give away money meant for workers to those with control over the means of production.”

She said she was not against subsidies for the entrepreneurs in times of crisis, but the subsidies should not come at the expense of the rural job scheme.

An email this newspaper sent to rural development ministry secretary Nagendra Nath Sinha seeking comments on the reported GoM recommendations and the opposition to it has failed to evoke any response.