Advertisement
Home / India / Dispur to pay May salary to employees

Dispur to pay May salary to employees 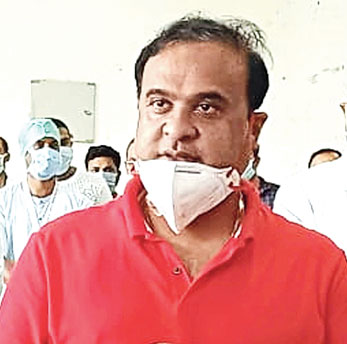 Government employees in Assam on Thursday heaved a huge sigh of relief as finance minister Himanta Biswa Sarma announced Dispur’s decision to disburse salary and pension for May.

There are about 4.5 lakh government employees. The state exchequer needs nearly Rs 3,500 crore a month for salary and pension, of which Rs 2,250 crore goes towards the salary of serving employees.

Sarma tweeted the decision: “Assam Govt has decided to disburse full salaries & pensions for the month of May. This is possible due to the release of devolution grant by union govt. My deep gratitude to PM Sri@narendramodi FM@nsitharaman. Our own revenue has also shown gradual improvement.”

He said the state’s revenue collection, which had dipped by almost 80 per cent in April since the lockdown began on March 24 midnight, has shown gradual improvement after restrictions were eased.

“We are hugely relieved because there was a fear that we may not get salaries for May because of the lockdown, which has impacted the economy. Allowing vehicular movement and sale of liquor has seen improvement in revenue collection,” said Basab Kalita, chief adviser to the Sadou Asom Karmachari Parishad, the apex body of state government employees, while thanking the government.

Dispur had received Rs 1,441.48 crore from the Centre on April 20 as devolution of central taxes, which Sarma said was a “big relief at this hour”.

He had also said that Sitharaman had assured them of all financial help to the states to tide over the crisis triggered by coronavirus, that has affected over 800 people in the state.