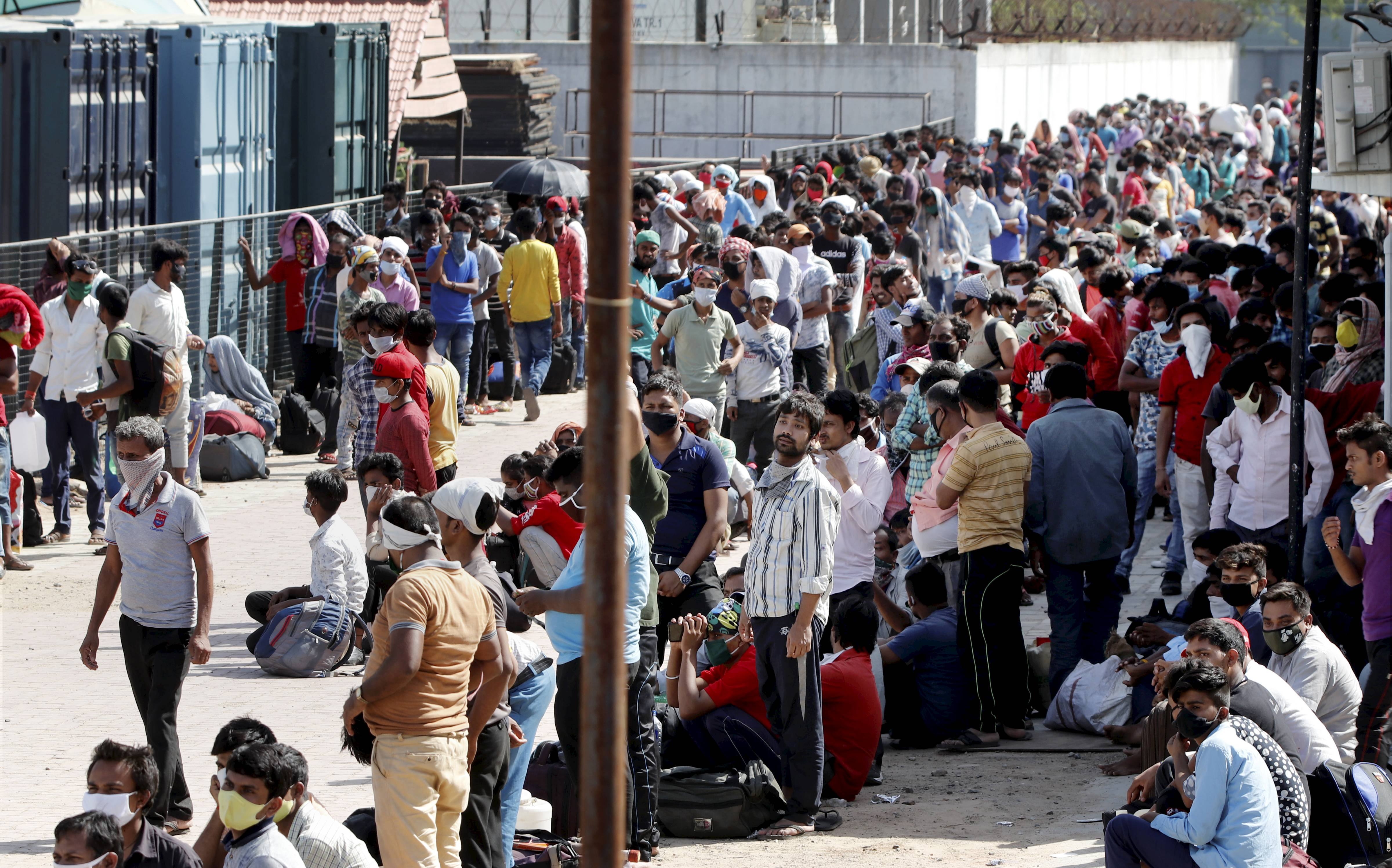 Many states like Kerala, Rajasthan and Chhattisgarh have won accolades for good work during the Covid-19 fight but Gujarat, which Prime Minister Narendra Modi had presented as the best model of development to bolster his national ambitions in 2014, has come unstuck.

While some states have excelled in controlling the spread of the coronavirus infection and managing the outbreak, others came up with remarkable responses to the ensuing humanitarian crisis. But Gujarat not only attracted criticism for mismanagement of the migrant worker issue, horrible stories cropped up on the health front to expose the worth of the much-hyped “Gujarat model”.

Although videos of doctors and nurses complaining of unavailability of PPEs, inadequate testing facilities and pathetic quarantine facilities came from many states other than Gujarat, the most shocking was the racket of fake ventilators that a local Gujarati newspaper busted. Artificial manual breathing machines, or Ambu bags, were sold as ventilators, prompting the Opposition Congress to accuse the state government of playing with the lives of patients.

Gujarat Congress chief Amit Chavda said: “The high rate of death of Covid-infected patients in Gujarat is because of the dependence on Dhaman-I machines, produced by the Rajkot company Jyoti CNC, which are not ventilators. This is a brazen act of crony capitalism as the chief minister purchased it to help his friend. There should be a judicial probe into this criminal negligence.”

The news portal Wire has reported that the company has links with an industrialist who had gifted Modi a monogrammed suit that reportedly cost Rs 10 lakh.

Gujarat chief minister Vijay Rupani had himself launched the “ventilator” in the middle of the pandemic, expressing happiness at the perceived breakthrough by a local industrialist. While the Congress alleged the machines were purchased without clinical trial, Rupani had told the media: “This is certified and is working well on patients. We will supply these ventilators to other states as well.”

Gujarat health secretary Jayanti Ravi had claimed that the machines had met the criteria finalised by the high-powered committee of the central government on ventilators.

Gujarat is among the states worst affected by the pandemic, along with neighbouring Maharashtra and Tamil Nadu.

Senior Congress leader and former health minister of Gujarat Shaktisinh Gohil told The Telegraph: “The situation is very grave, far worse than the official figures show. There is complete chaos in government hospitals. I asked the municipal commissioner of Ahmedabad to give comparative figures of death in April-May for the last few years and this year but he refused. Reports that I am receiving point to a grim picture.”

Former Union minister Jairam Ramesh tweeted: “Since the nineties, I have said that Kerala is the best example in India on social development and Tamil Nadu on both industrial and social development. Covid-19 has exposed the bogus nature of Modi’s so-called Gujarat model, peddled by him and his drumbeaters in India and the US. Gujarat with 773 deaths as of yesterday has a Covid-19 fatality rate of approx 6%, which is almost twice the national average (3.1%), and is among the highest.”

The Congress veteran added: “In all social indicators, it has always fared worse than the south Indian states. The roots of Gujarat’s success in industry lie in its great spirit of trade, commerce and enterprise, along with major public sector investments made during the 60s, 70s and 80s.”

The Congress had contested Modi’s hype of the “Gujarat model” in 2014 but its arguments had fallen on deaf ears. Ramesh himself had run a campaign to expose Modi’s false claims on the Gujarat State Petroleum Corporation finding gas worth Rs 2.20 lakh crore in the KG river basin. Modi’s plan to build smart cities in Gujarat also failed to deliver.

Gohil explained why the so-called Gujarat model is under such scrutiny now: “Gujarat was already a developed state. We used to have 24x7 electricity in 1991. The industrial corridor and the largest refineries came to Gujarat before Modi. Even the health infrastructure was the best in Asia. We had been giving 289 life-saving drugs free to patients at Ahmedabad Civil Hospital. But Modi destroyed the public health infrastructure to promote private sector in health. That was his model, which has failed today. It was ‘Modi model’, which was a lie, not ‘Gujarat model’.”

Gohil added: “Modi introduced the Ma Card for the treatment of citizens in private hospitals. Hospitals belonging to his friends were earmarked as they earned huge profits from the government and the public health infrastructure collapsed. Even Covid patients are mostly opting for private hospitals now because the situation in government hospitals is pathetic. Modi succeeded in hiding the truth of his model — not only in health but every sphere of governance, but the truth has come out now. Economically.”

The Congress leader went on: “Gujarat has a debt burden of Rs 2.5 lakh crore, almost the size of the state’s budget. The Modi model of governance was such that the election of the law minister of the state was cancelled because of the use of corrupt practices. Even now, the chief minister and the deputy chief minister don’t talk; they have an antagonistic relation. Less said the better about the farmers’ plight. The state is Bhagwan bharose

The Congress leader went on: “Gujarat has a debt burden of Rs 2.5 lakh crore, almost the size of the state’s budget.

The Modi model of governance was such that the election of the law minister of the state was cancelled because of the use of corrupt practices. Even now, the chief minister and the deputy chief minister don’t talk; they have an antagonistic relation. Less said the better about the farmers’ plight. The state is Bhagwan bharose (in the hands of God). But yes, the BJP can sell a fake ventilator as an innovation even now. That is the Modi model.”