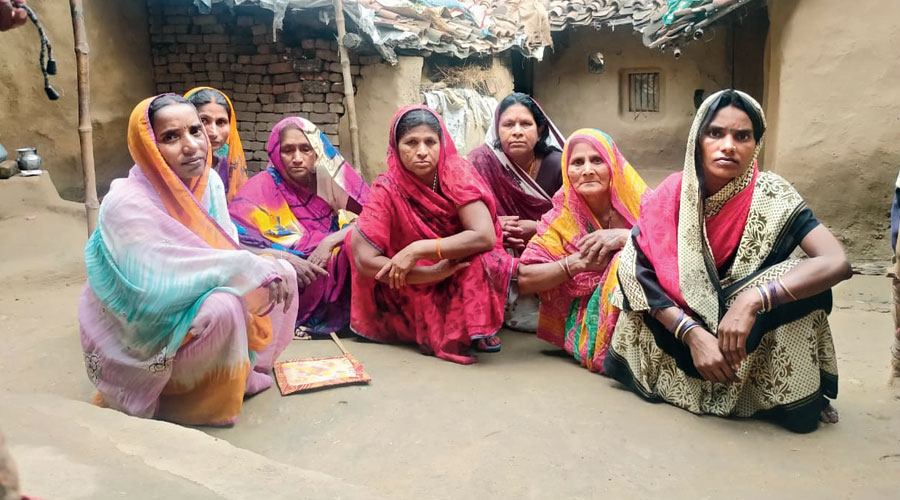 It was the will to live that had spurred migrant worker Sikandar Yadav, 32, to walk under a scorching sun and thumb truck rides to make the 1,000km journey from Delhi to his home in Bihar amid the lockdown.

That spirit had endured through the 14-day institutional quarantine, when he protested over poor food and accommodation strongly enough for the police and residents at Mednipur village, Rohtas district, to recall it on Wednesday.

But his pluck seems to have ebbed away under the daily disappointments that Sikandar faced back home in finding a job while watching his aged mother and other family members battle with hunger.

On Monday, he was found hanging from a tree near an unused college building outside the village.

“He came home on May 31 after his 14-day quarantine at Basant High School in our panchayat. With almost no money left, he began looking for jobs,” Sikandar’s uncle Akshay Lal Yadav told The Telegraph.

“He used to work as a machine operator at a jeans factory in Delhi, and couldn’t find anything suitable to do here. He was unable to work as a labourer with a spade because he had never done such hard physical work.”

Akshay added: “He wanted to return to Delhi but there were no jobs there, either, and going back would have meant another spell in quarantine. He would tell me about his frustration at being unable to care for his old mother.”

Nasriganj station house officer Rajesh Kumar said: “It looks like suicide but we have to wait for the post-mortem report.”

The unmarried Sikandar and his mother Deonti Kunwar lived with his eldest brother, Satyendra, his wife and their four children. There were eight mouths to feed but their ration card had just three names: those of Sikandar, Satyendra and their mother.

Updating a ration card can be a nightmare in Bihar, entailing substantial paperwork, frequent visits to the block office and likely demands for bribes from touts.

The eight of them shared a three-room thatched mud house with another brother, Upendra, his wife and three children. The family is landless and Sikandar’s brothers, who worked as day labourers, had been left jobless by the lockdown.

“The virus didn’t kill my brother; the lockdown and the government’s failure to provide work and food did,” Satyendra said.

He said his mother was repeatedly falling unconscious since Monday.

Akshay said: “I have a wife and three children and I too am struggling. But I at least have a patch of land. Sikandar hadn’t.”

He added that there’s only so much that people who have troubles of their own can do to help others.

Bihar’s Nitish Kumar government claims to be conducting “skill mapping” for the around 18 lakh returned migrants to provide them with suitable work. The state industries department has after a survey said around 6.37 lakh public and private jobs could be available.

There’s no information whether any job has been given or when the process might start.

The state government also claims to have issued 2 lakh new NREGA job cards but, on the ground, even those with old job cards say they are finding it difficult to get work.

The only respite is that paddy sowing is on, giving some of the able-bodied among the returned migrants the chance to earn some money.