Some 'misunderstanding' due to which Centre objected to state govt's relaxation of norms: Tourism minister 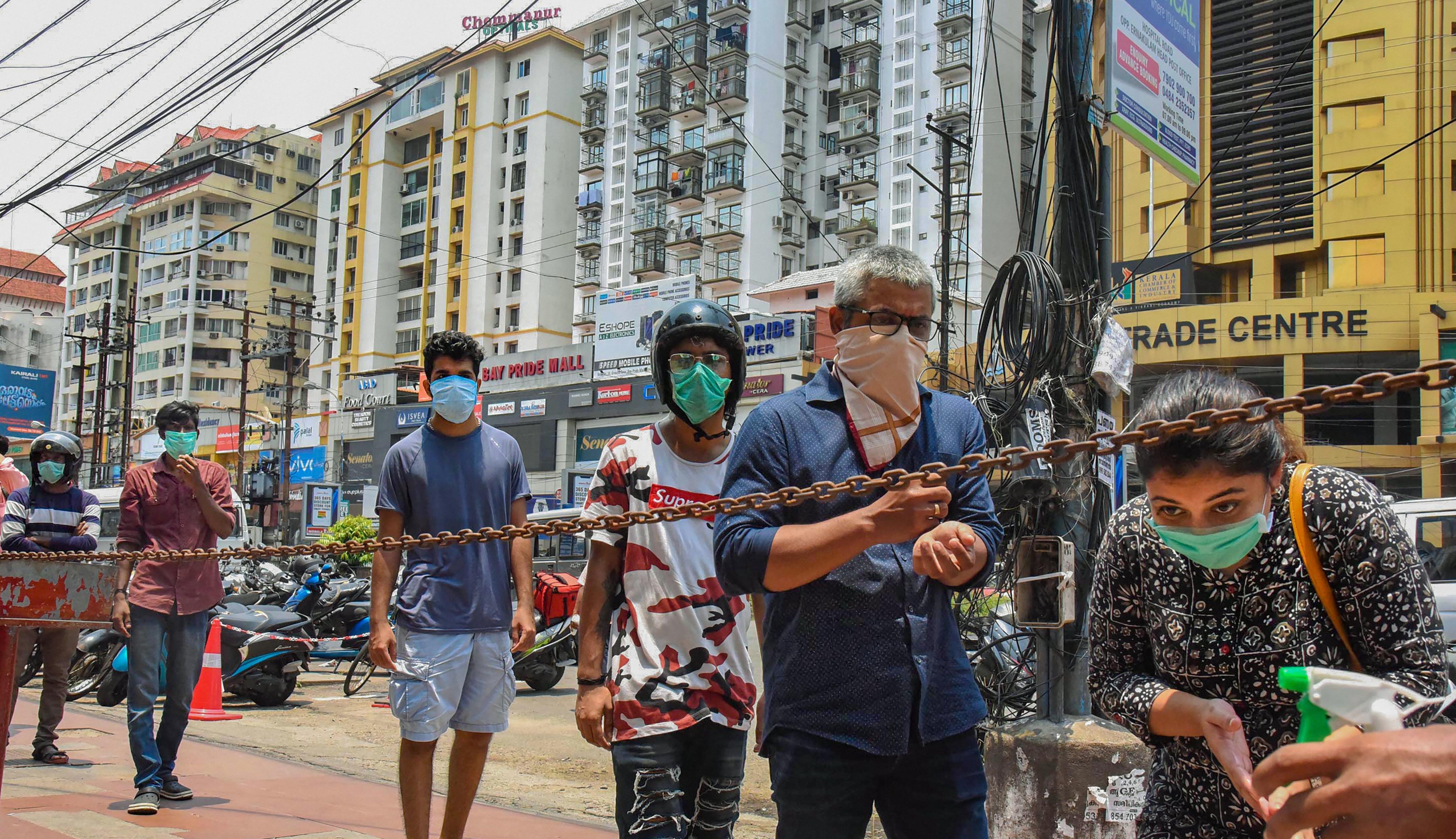 People stand in a queue at a mobile phone shopping complex to purchase and repair mobile phones during the nationwide lockdown in the wake of coronavirus pandemic, in Kochi, Sunday, April 19, 2020. The mobile shops open every Sunday in Kochi.
PTI
PTI   |   Thiruvananthapuram   |   Published 20.04.20, 09:56 AM

The Kerala government on Monday said there was some 'misunderstanding', due to which the Centre had objected to dilution of the lockdown protocol after the state had allowed opening of restaurants and MSME industries in municipal areas among others.

The Union home ministry has taken strong objection to Kerala government's decision to allow opening of restaurants, bus travel in cities and opening of MSME industries in municipal areas, saying it amounts to dilution of its lockdown guidelines.

State tourism minister Kadakampally Surendran denied there was dilution of the lockdown guidelines.

'We have given relaxations in accordance with the Centre's guidelines. I think there is some misunderstanding based on which the Centre has sought an explanation. Once we give an explanation, it will all be sorted out. The Centre and the state have the same stand with regard to fight the pandemic. There is no contradiction in the stand taken. It's just a misunderstanding we will clear it,' Surendran told media persons.

He also said the lockdown and easing the protocol was a new thing for the state and the country and the state government will clear the doubts in a few hours.

The additional activities allowed by the government of Kerala, include opening of local workshops, barber shops, restaurants, book stores, MSMEs in municipal limits, bus travel in cities and towns for shorter distance, two passengers in the back seat of four-wheelers and pillion riding on scooters.

Hundreds ventured into the streets on Monday after the state government diluted the lockdown protocol.

The Kerala government has announced relaxation of Covid-19 lockdown restrictions in two zones, allowing among others private vehicles movement in an odd-even basis and dine-in services at hotels from Monday.

The Left government had colour-coded 14 districts of the state into four zones—Red, Green, Orange-A and Orange-B—for containing the Covid-19 pandemic.

Four-wheelers are permitted to carry two passengers besides the driver and in case of a two-wheeler, only the driver will be allowed while the pillion rider is allowed in case the person is a family member.

On dine-in services, a government order said it is allowed at hotels and restaurants until 7pm in the Green and Orange-B zones from Monday and in Orange-A zone from April 24.

However, take-away counters can function until 8pm, the state government had said.

Meanwhile, the Centre has asked states and Union territories to strictly comply with the lockdown measures and not to dilute them at any level.

In a communication to chief secretaries of state governments and Union territory administrations, Union home secretary Ajay Bhalla said some states and UTs are issuing orders allowing activities, which have not been allowed as per the guidelines issued by the home ministry under the Disaster Management Act, 2005.

'I would again urge you to ensure compliance of the revised consolidated guidelines, and direct all authorities concerned for their strict implementation in letter and spirit without any dilution and to ensure strict compliance of lockdown measures,' he said.

The home secretary also drew the attention of the chief secretaries to the guidelines which categorically say that state and Union territory governments will not dilute them in any manner and strictly enforce the same.

They can, however, impose stricter measures than the guidelines as per the requirement of local areas.

Bhalla also pointed out to a recent Supreme Court observation that all state governments, public authorities and citizens will faithfully comply with the directives and orders issued by the Union of India in letter and spirit in the interest of public safety.

The observations, which must be treated as the directions of the apex court, was conveyed in 'my letter dated April 1 to all states and UTs (Union territories)', he said.