Advertisement
Home / India / Flying back from India, Trump fumed at his team

Flying back from India, Trump fumed at his team

The US surpassed Italy as the country with the highest reported coronavirus death toll, recording more than 20,000 deaths 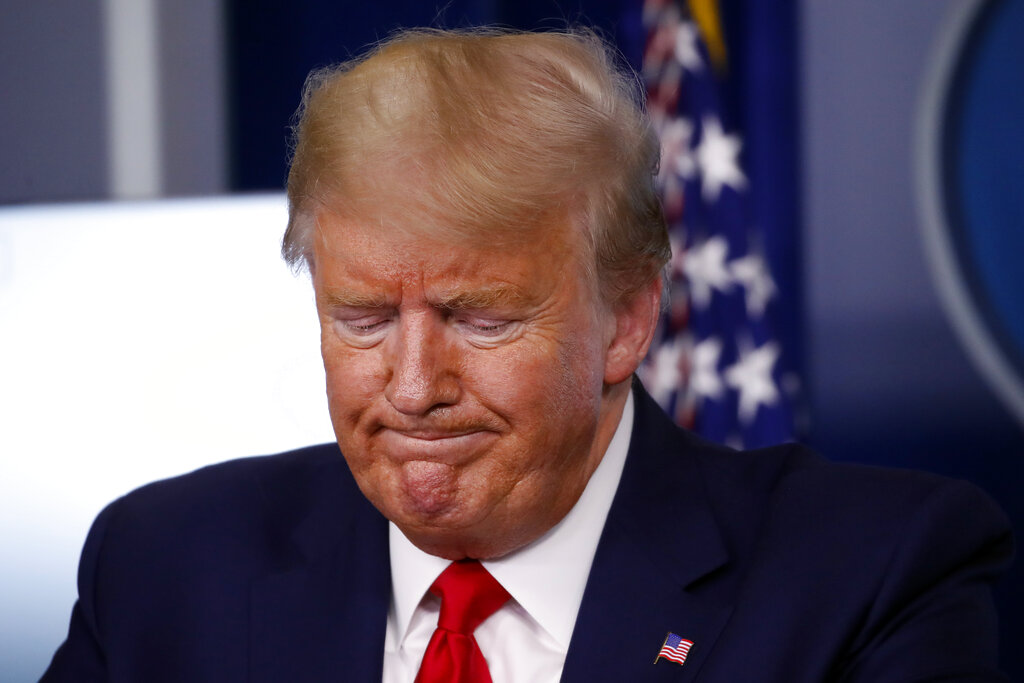 Some of the significant moments that illustrated Donald Trump’s inability or unwillingness to absorb warnings about the coronavirus threat to the US unfolded in the middle of or just when the President was wrapping up his India visit in the last week of February, The New York Times has reported.

Trump had landed in India on February 24 and left the following day, his tour marked by a public reception in Ahmedabad that was attended by Prime Minister Narendra Modi. The tour involved a visit to the Taj Mahal.

An examination by The New York Times revealed that the President was warned about the potential for a pandemic but internal divisions, lack of planning and his faith in his own instincts led to a halting response.

On Saturday, the US surpassed Italy as the country with the highest reported coronavirus death toll, recording more than 20,000 deaths since the outbreak began.

The New York Times report said the “final days of February, perhaps more than any other moment during his tenure in the White House, illustrated Trump’s inability or unwillingness to absorb warnings coming at him.

“He instead reverted to his traditional political playbook in the midst of a public health calamity, squandering vital time as the coronavirus spread silently across the country”.

When a group led by Dr Robert Kadlec, the top disaster response official at the US health and human services department, wanted to meet the President urgently, Trump was on the trip to India. So they agreed to make the case to him in person as soon as he returned two days later.

If they could convince him of the need to shift strategy, they could immediately begin a national education campaign aimed at preparing the public for the new reality, The New York Times reported.

A memo dated February 14, prepared in coordination with the National Security Council and titled “US Government Response to the 2019 Novel Coronavirus”, documented what more drastic measures would look like, including: “significantly limiting public gatherings and cancellation of almost all sporting events, performances, and public and private meetings that cannot be convened by phone. Consider school closures. Widespread ‘stay at home’ directives from public and private organisations with nearly 100% telework for some”, the newspaper reported.

The memo did not advocate an immediate national shutdown, but said the targeted use of “quarantine and isolation measures” could be used to slow the spread in places where “sustained human-to-human transmission” is evident, the report said.

Within 24 hours, before they got a chance to make their presentation to the President, the plan went awry.

Trump was walking up the steps of Air Force One to head home from India on February 25 when Dr Nancy Messonnier, the director of the National Centre for Immunisation and Respiratory Diseases, publicly issued the blunt warning they had all agreed was necessary, the newspaper said.

But Dr Messonnier had jumped the gun. They had not told the President yet, much less got his consent.

On the 18-hour plane ride home, Trump fumed as he watched the stock market crash after Dr Messonnier’s comments. Furious, he called Azar when he landed around 6am on February 26, raging that Messonnier had scared people unnecessarily. Already on thin ice with the President over a variety of issues and having overseen the failure to quickly produce an effective and widely available test, Azar would soon find his authority reduced.

The meeting that evening with Trump to advocate social distancing was cancelled, replaced by a news conference in which the President announced that the White House response would be put under the command of Vice-President Mike Pence.

The push to convince Trump of the need for more assertive action stalled. With Pence and his staff in charge, the focus was clear: no more alarmist messages, the Times reported.

It would be more than three weeks before Trump would announce serious social distancing efforts, a lost period during which the spread of the virus accelerated rapidly.

Over nearly three weeks from February 26 to March 16, the number of confirmed coronavirus cases in the US grew from 15 to 4,226. Since then, nearly half a million Americans have tested positive for the virus and authorities say hundreds of thousands more are likely infected.