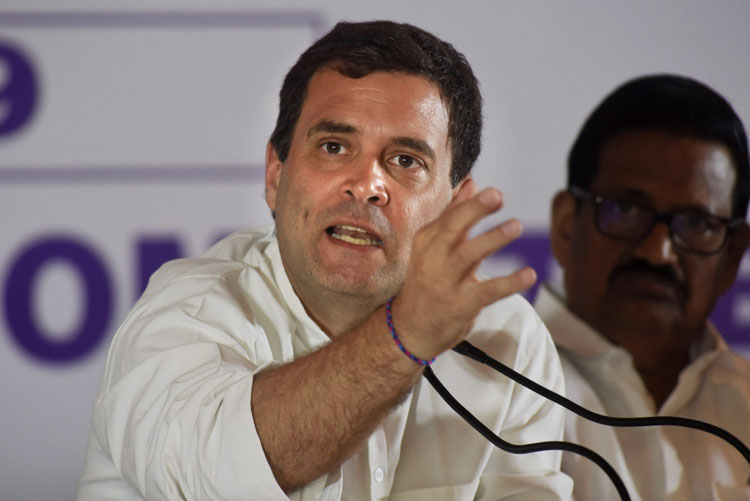 The Congress has declared 16 more candidates for Uttar Pradesh, leaving little room for further speculation on the possibility of an alliance and setting the stage for a three-way contest.

The selection of candidates, which includes erstwhile leaders of the Samajwadi Party and the BSP and constituencies which are considered to be SP-BSP strongholds, indicate the Congress leadership is spoiling for a no-holds-barred fight.

The Congress has also announced five candidates for Maharashtra where the alliance with the NCP has been finalised.

While another SP leader and former MP Ramshankar Bhargava will contest from Mohanlalganj, BJP leader Omvati Devi was given ticket from Nagina. Both leaders joined the Congress two days ago.

Congress state unit chief Raj Babbar has shifted to Moradabad and veteran Sriprakash Jaiswal will contest from his traditional seat Kanpur. Rajya Sabha MP and Amethi royal Sanjay Singh has been fielded from neighbouring Sultanpur while Savitri Phule, who defected from the BJP, will contest in Bahraich.

In Maharashtra, Congress veteran Sushil Lumar Shinde will contest from Solapur. Former BJP leader Nana Patole has been accommodated from Nagpur instead of the veteran Vilas Muttemwar. Priya Dutt will contest Mumbai North Central while Milind Deora has been fielded from Mumbai South.

From the Maoist-affected Gadchiroli-Chemur, Namdev Dalluji Usendi has been given a ticket.