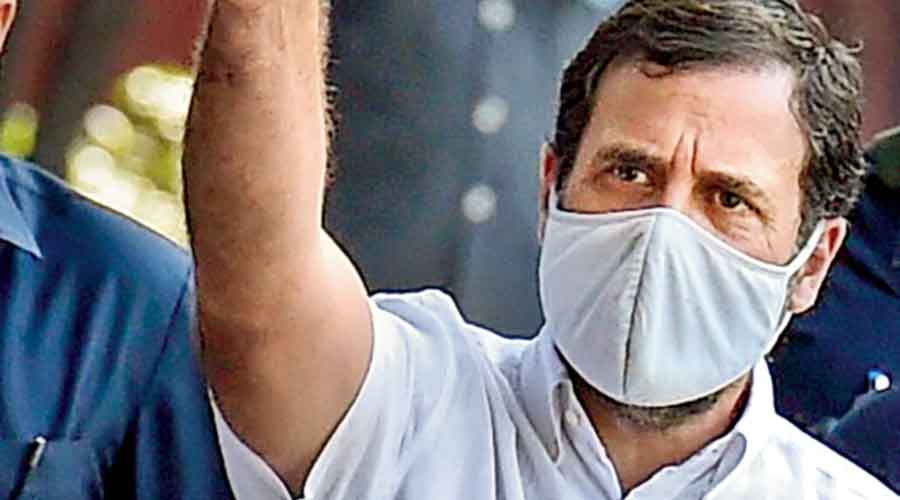 The Congress will hold a brainstorming session soon after the budget session of Parliament, with the top leadership acknowledging the gravity of the crisis and the need to take urgent corrective measures.

While no immediate change will be made on the leadership front as the organisational elections are scheduled to elect a new party president in August, Sonia Gandhi has been asked to take necessary steps to strengthen the organisation.

Realising the need for unity at this critical juncture, every member of the Congress Working Committee (CWC) dwelt on the challenges with maturity, without resorting to a blame game or factional barbs.

There were fears about expressions of bitterness and possible sniping because most leaders were upset at the endless electoral setbacks and the refusal of the top functionaries to undertake an immediate overhaul of the organisational set-up.

But Sonia managed to defuse the tension by announcing at the outset that she was ready to withdraw herself if anybody had problems with her leadership. This triggered a chorus of denial of any misgivings. Everybody reaffirmed their complete faith in her leadership and asked her to continue till the organisational elections were over.

Discordant voices could have come from members of the G-23, the group that first raised questions about organisational infirmities in a letter to Sonia last year, but they chose not to unsheathe the knife at Sunday’s meeting.

The leader of the group, Ghulam Nabi Azad, said they had never questioned the leadership but the media had portrayed them as dissenters and created an impression of division in the party.

Asserting that he could never act against the Nehru-Gandhi family, Azad recalled how he had worked with several generations, including Indira Gandhi, Rajiv Gandhi, Sonia Gandhi and Rahul Gandhi.

Sources said Azad had asserted that there was no truth to the propaganda questioning their loyalty to the party leadership, and contended that they only wanted a stronger Congress. He stressed that the party organisation required an overhaul to be able to effectively confront the BJP’s powerful machinery.

Anand Sharma, another key member of the G-23, sang the same tune, saying their concern was the organisational weakness, borne out by serial election defeats.

All the members at the meeting supported the calls for drastic measures to strengthen the organisation. The contours of the changes will be finalised at the chintan shivir, likely to be held in April.

The second part of the budget session of Parliament resumes on Monday and concludes on April 8. Another CWC meeting is expected to be called this month to decide the date and agenda for the brainstorming session.

Primary reports on the party’s pitiable performance were presented at Sunday’s CWC meeting by the states-in-charge and central observers.

Some leaders insisted there was no reason to be pessimistic about the future because of the defeats in Assembly elections as the battle against the RSS-BJP was ideological and success did not come easily under such circumstances.

The leaders highlighted how the BJP had struggled for decades to gain acceptability for its ideology, and said the Congress must not lose heart in the struggle to protect democracy in India.

A resolution adopted unanimously at the meeting said: “The recent Assembly election results of five states are a cause of serious concern for the Congress. The party accepts that due to shortcomings in our strategy, we could not effectively expose the misrule of BJP governments in four states and overcome the anti-incumbency in Punjab in the short time after effecting a change of leadership.

“Congress party represents the hopes of millions of Indians against political authoritarianism prevailing in the country today and the party is fully conscious of its immense responsibility.”

It added: “While humbly accepting the electoral verdict, the Congress assures its workers and the people of India that it will continue to remain a vigilant and vibrant Opposition. The Congress will be fully prepared to face the electoral challenges in the election-going states in 2022 and 2023 as well as in the Lok Sabha elections 2024. The CWC unanimously reaffirms its faith in the leadership of Sonia Gandhi and requests the Congress president to lead from the front, address the organisational weaknesses, effect necessary & comprehensive organisational changes in order to take on the political challenges.”