Raising serious concerns about shortage of jabs in many states, the party also criticised the execution strategy that could lead to catastrophic consequences 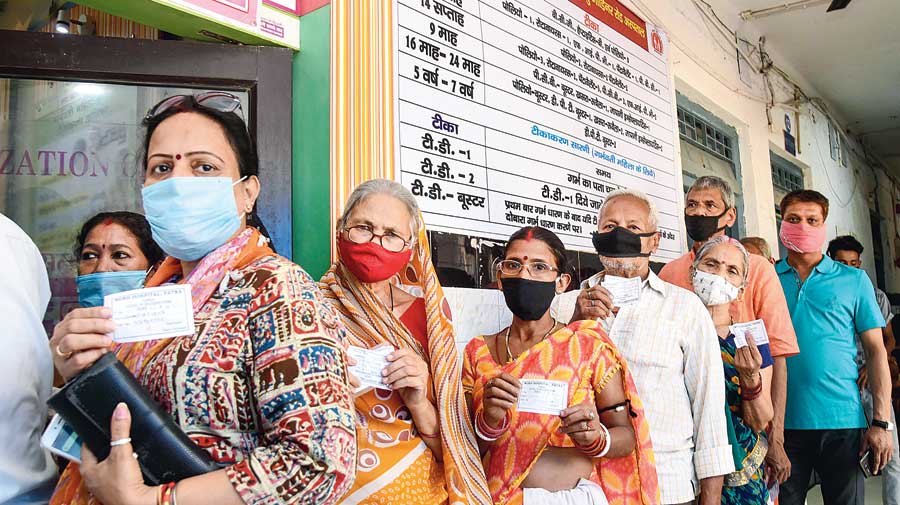 The Congress on Wednesday said the Narendra Modi government was callous about the management of the second wave of the Covid-19 pandemic, raising questions about its attitude, preparedness and strategy.

Raising serious concerns about shortage of vaccines in many states, the Congress also criticised the execution strategy that could lead to catastrophic consequences.

It said the government became so engrossed in credit hunting for finishing off the coronavirus that it failed to make correct assessment of the lurking threat which is now manifesting throughout the country and has made India a global hotspot.

Rahul Gandhi tweeted: “It’s ridiculous to debate needs & wants. Every Indian deserves the chance to a safe life.” He was commenting on  Union health secretary Rajesh Bhushan’s assertion on Tuesday that vaccines would be given to the people who need it, not to those who want it.

The Congress has been critical of the slow vaccination drive, arguing that covering around 70 per cent of population may take more than a decade at this pace. 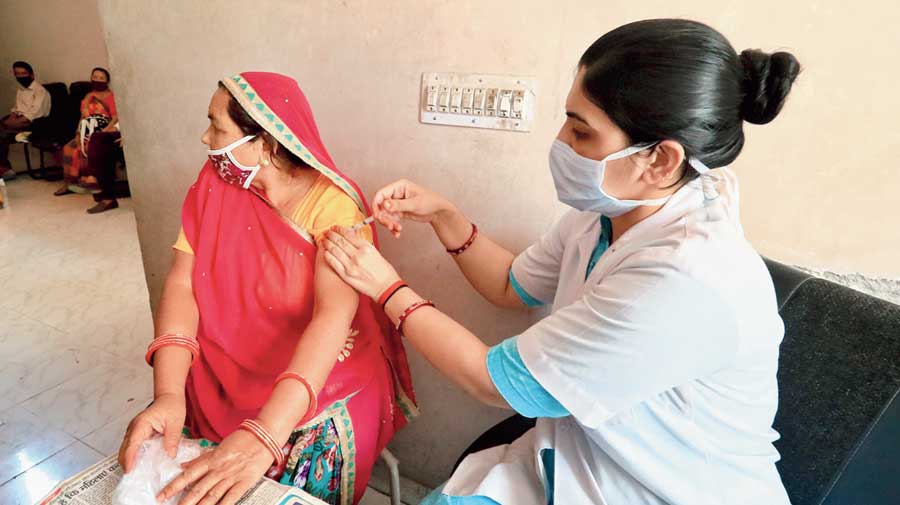 A woman receives a dose of Covid-19 vaccine in Jaipur on Wednesday.
PTI

“Because of its unscientific and stubborn stance, the Government has allowed the number of infections to gallop every day. A grave catastrophe awaits the country.”

On the need-and-want debate, Congress spokesperson Pawan Khera said: “It was a very insensitive remark. Whenever the crisis is at its peak, suddenly the political leadership disappears and bureaucrats take charge.

Pointing out deficiencies in planning and execution, Khera said: “Why are we hearing reports that vaccination centres are getting closed because of shortage of vaccines in many states? Why is the wastage as high as 6 per cent? In states like Telangana, wastage is 17 per cent and 9 per cent in Uttar Pradesh. We are slipping behind even developing countries; some countries have vaccinated over 50 per cent of the population. We have covered barely 5 per cent.”