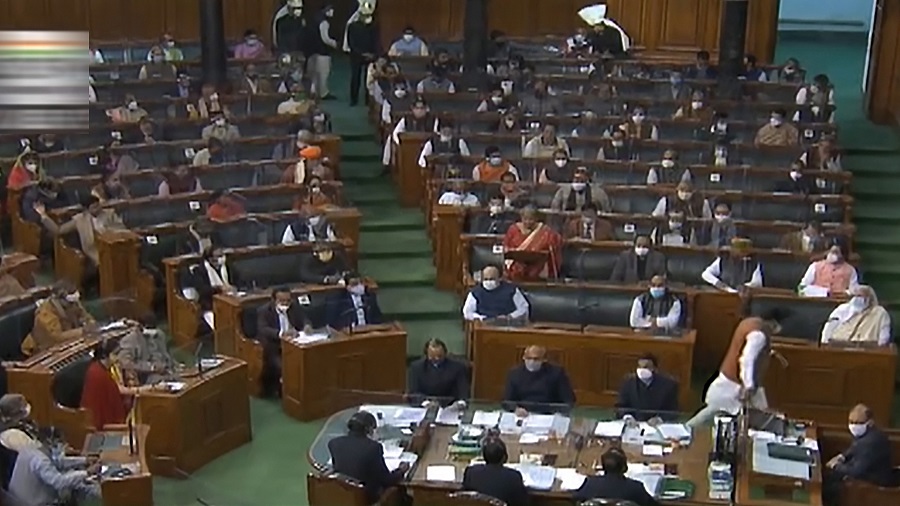 The Congress on Monday strongly criticised the Union budget, saying Finance Minister Nirmala Sitharaman's speech was oblivious to the declining GDP and the budget was a case of "wrong diagnosis and prescription".

"The FM could have been brave but chose to be timid. The nation needed a bold budget and more direct transfers to the weaker sections to revive demand, restart job creation," senior Congress leader and Deputy leader of Opposition in Rajya Sabha Anand Sharma tweeted.

The budget is "disappointing" and without a roadmap for accelerating growth and revival of consumer demand, he said.

The FM could have been bold and extended help to the poor and the working class. She chose to be timid and continued with the government's rhetoric.

Congress spokesperson Manish Tewari also alleged that the budget was a "national monetisation plan -- short hand for National Sell out" and there was "no central focus in Budget".

"FM's Talkthorn (sic) oblivious that growth rate of GDP is in a record 37th month decline.Worst Crisis since 1991. Except for a National Monetisation Plan - short hand for National Sell out no Central Focus in Budget. Bottom line-Will not grow economy but sell the family silver," he tweeted.

Senior Congress leader Shashi Tharoor also took a dig at the Centre over the budget, saying "this BJP government reminds me of the garage mechanic who told his client, 'I couldn't fix your brakes, so I made your horn louder'."

This BJP government reminds me of the garage mechanic who told his client, “I couldn’t fix your brakes, so I made your horn louder.” #Budget2021

Another Congress spokesperson Jaiveer Shergill said the budget has left the middle class "bruised and wounded" by not changing tax slabs, not increasing deductions, not making new deduction slots like home loans, not bringing fuel under GST, not sharing Rs 19 Lakh crore gain from fuel taxes, not reducing GST rates.

"After promising a century, FM is out hit wicket at Zero !! Instead of calling it as 'budget of the century' it will be remembered as 'blunder of the century' by BJP Govt #Budget2021," he tweeted.

"Budget case of 'wrong diagnosis and wrong prescription' by BJP government which instead of healing, reforming and rejuvenating has chosen to adopt a damaging, disappointing and destroying approach to push the economy further into vortex of recession," he tweeted.

The TMC also lashed out at the Centre over the Union Budget on Monday, saying it was 100 per cent "visionless" and its theme was "sell India".

India’s first paperless budget is also a 100% visionless budget.Theme of the fake budget is Sell India!

O'Brien claimed common people and farmers were ignored, adding that the Budget would make the rich richer and the poor poorer, while the middle class got "nothing".