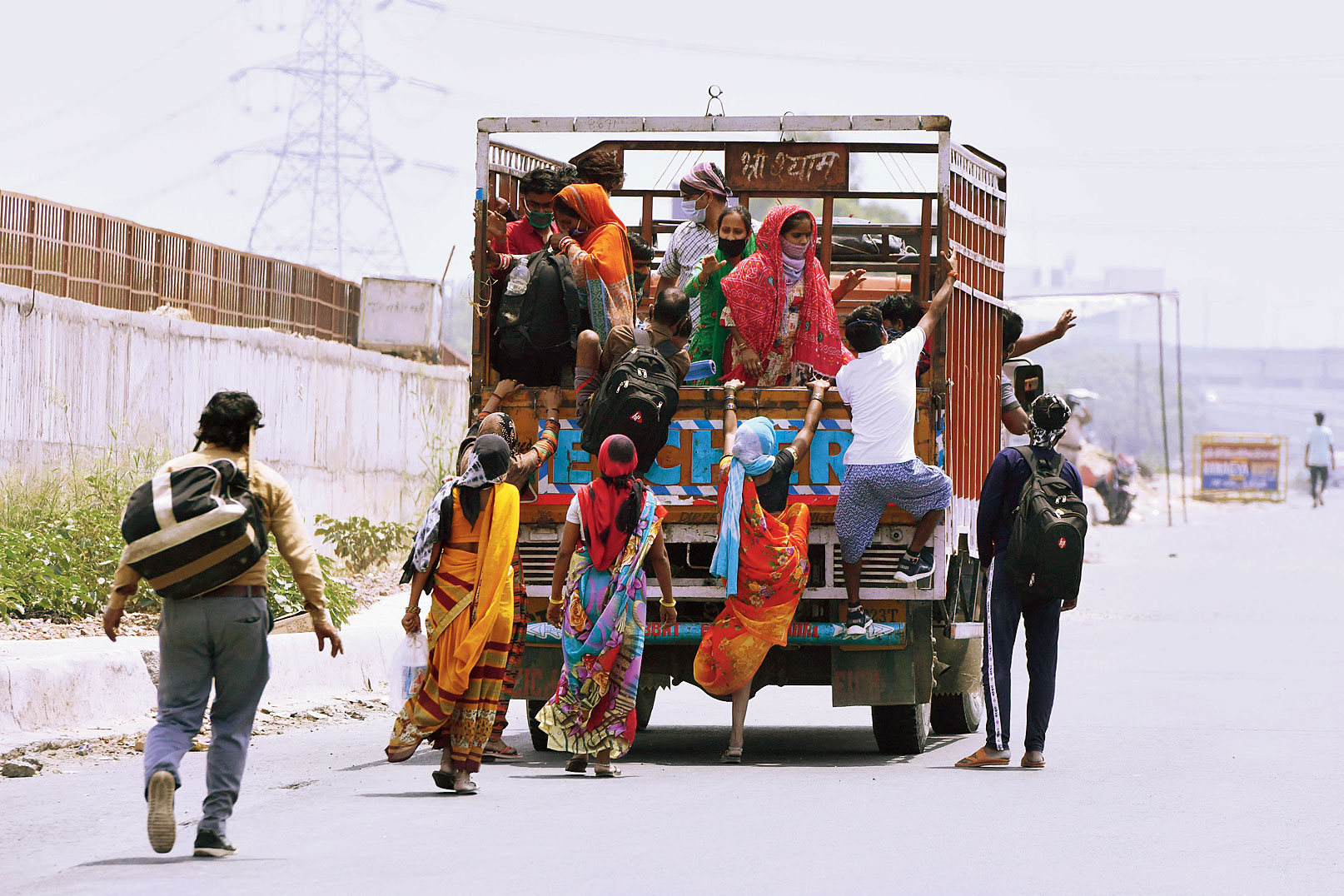 The Congress on Thursday warned the government against trying to “bluff its way out” of the humanitarian crisis the country is faced with, expressing disappointment at the second tranche of the relief package unveiled by finance minister Nirmala Sitharaman.

The party said it had hoped Sitharaman would try to salvage the situation with something substantive after offering a “loan mela” on Wednesday as the first set of proposals under the Rs 20 lakh crore package announced by Prime Minister Narendra Modi.

However, it said, she had ended up demonstrating the government’s “cruelty” towards the poor by offering them just Rs 3,500 crore and selling them “pipe dreams” and “castles in the air”.

Rahul Gandhi tweeted a message for the poor and migrant workers, sensing the dismay the government’s failure to extend immediate help would cause the millions desperately walking hundreds of miles home.

“Darkness is dense. These are difficult times. Keep courage — we are standing for your safety. We will force the government to hear your screams, will force them to give you what is your right,” he posted.

“These are not ordinary people… they are the flag of India’s self-esteem. We won’t allow it to go down.”

Party spokesperson Manish Tewari said: “It (the Rs 3,500-crore package) is a slap in the face of those who have borne the brunt (of the lockdown). God help this country.”

He added: “The crux of the matter is, the government is telling the distraught workers, ‘Beta, agar ghar pahunch gaye chalte chalte, toh chawal-chana taiyyar hai (Son, if you manage to reach home walking, you’ll find rice and gram ready for you)’.”

Fellow spokesperson Supriya Shrinate, who too addressed the media conference, said: “The government is trying to bluff its way out of this crisis; we won’t allow that. The treatment of workers can be described as anti-humanity.

“Yesterday, it was a loan mela. Today’s Rs 3,500 crore displayed the government’s cruelty as well as mental bankruptcy. It appears the Prime Minister and the finance minister are either not aware of the extent of the crisis, or they are not interested in the poor.”

Shrinate said the government had changed the definition of fiscal stimulus as understood the world over.

“The migrant workers are in crisis today and the government is talking of a rental scheme for the future. It’s a life-and-death question for them now and they are being sold dreams. Who takes loans when there is no certainty of livelihood and life itself?” she said.

“And the big businesses, with profits gone, will not share the additional burden of the rental scheme. It will be a pipe dream, which it is intended to be. The government is doing lip service, building castles in the air.”

“The finance minister’s press conferences are a classical display of ignorance, arrogance and insensitivity. The sight of workers walking thousands of kilometres will haunt the nation forever,” he said.

“The lockdown actually collapsed on March 28 when the migrant workers ventured out. They understood the consequences better than the government — that it meant their destruction — and preferred to reach the safety of their homes.”

“Their (migrant workers’) trust was broken because the government wasn’t ready with a plan to help them. Why was Rs 7,500 not transferred to their accounts right away? Had we been in government, we would have directly provided a financial assistance of Rs 10 lakh crore to the vulnerable sections of society.”

Tewari accused the Centre of a lack of planning or policy.

“What kind of a country are we? We give four hours’ notice to the poor while announcing the lockdown when the number of infections is 381. Now we are relaxing and opening up when the number is crossing 80,000,” he said.

“On one hand there is a policy paralysis, on the other we are playing with the lives of people. After seeing what the migrant workers have gone through, the Prime Minister should have started his speech with an apology. Then he should have ordered buses for them. Thousands of buses are there in every state. The first priority should have been to take the walking, stranded workers home safely.”