‘Outrage over phone tapping points to an admission of guilt’ 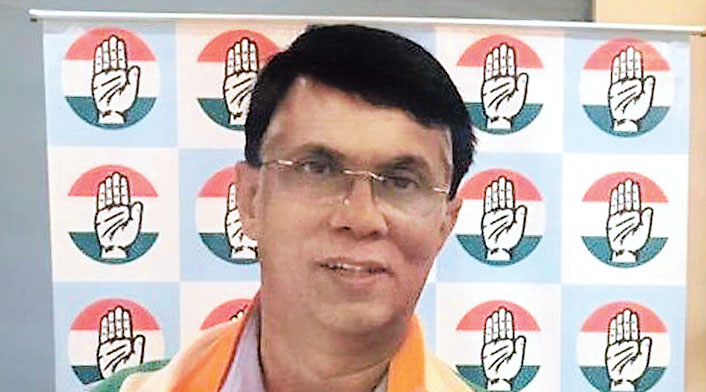 The Congress on Saturday expressed surprise that the BJP was concerned about phone tapping in Rajasthan but not the alleged purchase of legislators that has a direct bearing on the survival of democracy in the country.

Congress leaders find it curious that the BJP is disturbed that the phones of Congress MLAs may have been tapped and wonder whether the exposure of a conspiracy to buy MLAs to destabilise an elected government isn’t a welcome development. They also argue that the outrage over the recordings points to an admission of guilt.

Audio clips made available by the Congress suggest that some of the party rebels who have sided with sacked deputy chief minister Sachin Pilot had been in touch over phone with the BJP in connection with the alleged conspiracy to overthrow the government. The Congress has lodged an FIR against Union minister Gajendra Singh Shekhawat accusing him of involvement in the horse-trading conspiracy. Shekhawat has denied that the voice in the tapes is his.

Responding to the BJP’s demand for a CBI probe into “illegal” phone tapping, Congress spokesperson Pawan Khera said: “The BJP’s track record in so many states, recently in Madhya Pradesh and Karnataka, shows that they conspire to destabilise governments; they use money power to subvert the people’s mandate. We have a legitimate right to protect our government. They are asking whether phone tapping was legitimate. Was the crime of buying MLAs legitimate?”

The BJP held media conferences in both Delhi and Jaipur to question phone tapping and wondered whether an emergency had been imposed in Rajasthan.

The BJP also lodged an FIR in Jaipur demanding a CBI probe into the alleged use of fake audiotapes to malign their leaders.

Khera said: “It is like the criminal objecting to being caught red-handed; saying his privacy was breached by recording his act of murder.”

Asked who had done the recording, Khera said: “The audio tapes were in circulation on social media.” However, he added: “Should we allow the BJP to buy our MLAs? Shouldn’t we protect our government?”

Arguing that the BJP was speaking out of fear of a larger expose, Khera said: “It is interesting that the (rebel) Congress MLAs are not complaining about phone tapping. The BJP’s national spokesperson is protesting. They are scared that one central minister is already in the net and many bigger leaders and government functionaries could get exposed.”

Congress leaders such as Avinash Pande, Randeep Surjewala and Khera also asked why Haryana police obstructed Rajasthan police’s Special Operations Group (SOG) when they went to Manesar, where the rebel MLAs are holed up in a hotel, seeing this as direct involvement of the BJP in the conspiracy.

Khera said: “This has happened for the first time that the BJP is openly using government machinery to execute a political conspiracy to destabilise a government. Haryana police blocked the SOG officials to ensure that the Congress MLAs are allowed to flee through the back door.”

The Congress spokesperson added: “And Sachin Pilot’s lawyers claim in the high court that there is no anti-party activity. The Congress MLAs are in the protection of Haryana police under instructions of the BJP government, the investigative officers of Rajasthan are obstructed and the celebrated lawyers (of the Pilot camp) say it (the rebels’ actions) is merely raising a concern with the central leadership.”

Rajasthan Congress chief Govind Dotasara and two senior cabinet ministers, Pratap Singh Khachariwas and Raghu Sharma, issued a statement saying: “Haryana police ensured that Rajasthan police do not reach the MLAs whose voice samples had to be taken. The norm is that the police of different states cooperate in probing a crime.

“We want to ask Sachin Pilot why he trusts Haryana police more than Rajasthan police? The dissenting MLAs should explain why they are hiding under the patronage of the BJP? Why is the BJP disturbed by the revelation of the conspiracy to buy MLAs?”