The Opposition party set the stage for a bitter confrontation in the upcoming Uttar Pradesh election, which has the potential to define India’s future politics 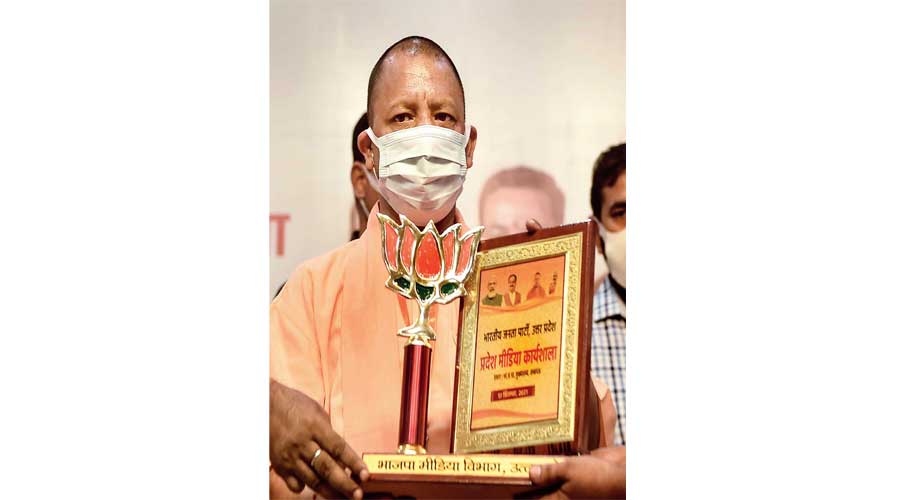 The Congress on Monday said there is nobody in Indian politics who has “such cheap, vulgar and low-grade mentality” as Yogi Adityanath, setting the stage for a bitter confrontation in the upcoming Uttar Pradesh election, which has the potential to define India’s future politics.

The sharp reaction follows the Uttar Pradesh chief minister’s statement at a public event on Sunday where he said: “Congress is the mother of terrorism in India. There is no need to tolerate those who inflicted wounds on the country. Only the BJP can ensure respect for everybody, respect for faith.”

This left the Congress leaders furious, triggering acerbic responses from many.

The official response was the harshest with party spokesperson Gourav Vallabh saying: “I am pained to say this about the chief minister of India’s largest state. But I feel compelled to say this. Yogi Adityanath se sasti, ghatiya aur ochhi mansikta wala vyakti Bharatiya rajniti mein nahin hai.”

The BJP does not have the credentials to question the Congress on terrorism, he said, pointing out that the Opposition party had lost Mahatma Gandhi, Indira Gandhi, Rajiv Gandhi, Beant Singh, V.C. Shukla, Mahendra Karma and many others to terrorism.

Asking the RSS-BJP whether they had shed a single drop of blood in the fight against terror, Vallabh said: “Sitting in the lap of the British when the Congress was fighting for freedom was a compromise with terror. Nathuram

Godse was the terrorist of independent India. Who patronised Godse? Who escorted Masood Azhar to Kandahar? Who made Asia Andrabi (an extremist Kashmiri) the poster girl?”

The Congress spokesperson then raised a point that will hurt the BJP. “What is the Modi government’s compromise with the Taliban? Why was Narendra Modi silent at the recent Brics summit when Russian President (Vladimir) Putin raised the Taliban issue?”

Modi had earlier said there is nothing like good Taliban and bad Taliban, but his government has shown willingness to work with the new regime in Afghanistan.

Adityanath did not elaborate on why he described the Congress as the mother of terrorism.

Senior Congress leader Digvijaya Singh on Monday dared the Prime Minister to a debate on terrorism on facts and asserted that organisations that fomented bigotry and religious fanaticism were responsible for terror.

While the Congress leadership has decided to stick to real concerns like Covid mismanagement, unemployment, agrarian distress and rising crimes in the Uttar Pradesh election, they haven’t been able to avoid getting sucked into emotive discourse despite the firm belief that the BJP intends to escape from governance failures.

There is always a dilemma whether the party should respond to the BJP’s propaganda on religious issues, nationalism and terrorism.

The Congress ridiculed Adityanath for using the photographs from Bengal and the US to show fake development in the state. The party ran a campaign on social media on Adityanath’s Covid mismanagement, crime against women in Uttar Pradesh, infrastructural mess and healthcare crisis to counter his publicity blitz.

Priyanka Gandhi, who is leading the Congress campaign in Uttar Pradesh, has asked the party workers to give voice to the people’s concerns and stand with them in their struggles instead of responding to the BJP’s demagoguery.

Senior Congress leaders are touring the state to feel the pulse on the ground before finalising the manifesto. Priyanka who wrapped up her two-day visit to the state on Sunday, will return in a week and finally shift to Lucknow by next month.