Advertisement
Home / India / Cong on RSS ‘prop’ for AAP: We told you so

Cong on RSS ‘prop’ for AAP: We told you so

The Opposition found creditibility in Prashant Bhushan's unambiguous charge, hoping that the suspicion about Kejriwal's ideological commitments will restrict his party's acceptability among secular voters 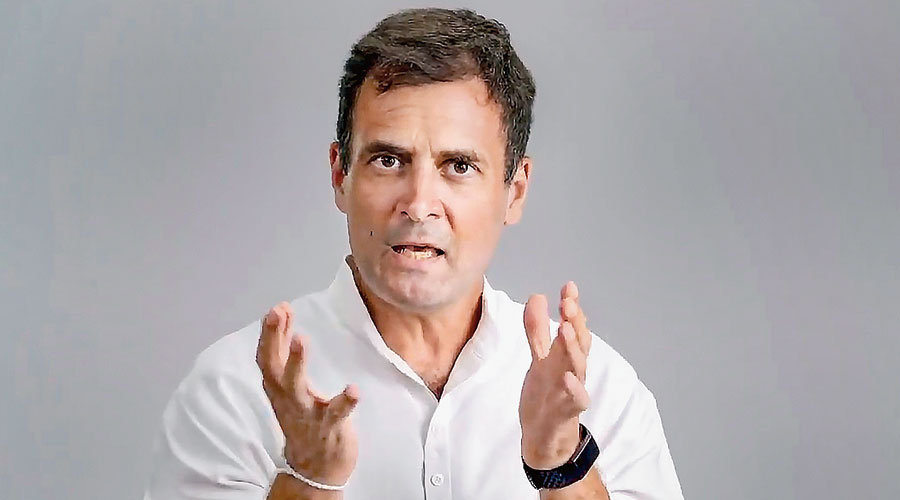 The Congress has lapped up lawyer Prashant Bhushan’s accusation of Arvind Kejriwal’s links with the RSS, hoping that the suspicion about his ideological commitments will restrict Aam Aadmi Party’s acceptability among secular voters.

Congress leader Rahul Gandhi tweeted on Tuesday: “What was known to us has been confirmed by a founding AAP member. The IAC (India Against Corruption) movement and AAP were propped up by the RSS/BJP to subvert democracy and bring down the UPA Government.”

Though the Congress has often talked of AAP’s hidden axis with the RSS-BJP, Bhushan’s unambiguous charge lends credibility to its position because he was not only a founder member of both the India Against Corruption and the AAP but played a key role in sustaining the movement in the initial period.

Bhushan was in the core team along with current Delhi chief minister Kejriwal and former IPS officer Kiran Bedi who built the Lokpal campaign with the help of social activist Anna Hazare.

Bhushan recently said in an interview that he regretted not having seen that the movement was supported and propped up by the RSS-BJP “for their own political purposes to bring down the Congress government and bring themselves to power”.

Bhushan, who unlike other members of the IAC, did not have any admiration for Sangh parivar’s philosophy, asserted that he had absolutely no doubt that Kejriwal knew of the RSS role and even described him as “unscrupulous, dictatorial and a Frankenstein monster”.

Many RSS-BJP leaders have been talking about their involvement in the Anna movement. RSS chief Mohan Bhagwat also claimed that Sangh workers were active in “anti-corruption” movements before 2014.

Kejriwal, who attracted a large number of anti-BJP votes, including secular intelligentsia, did lose some credibility by refusing to take stance on ideological issues and remaining aloof amid the raging violence in Delhi earlier this year. His decision to give permission to prosecute youth activist Kanhaiya Kumar also raised eyebrows in the secular camp.

Though the Congress vacillations on the AAP have been bewildering — it first propped up the Kejriwal government in Delhi, then fought viciously against him and again contemplated alignment before 2019 parliamentary election — there is greater clarity in the minds of senior leaders now after the recent events.

Congress leaders say Kejriwal’s attitude during the anti-CAA protests, his support to the scrapping of Article 370 and the subsequent crackdown on Kashmir and finally the negative role during Delhi riots stamped out whatever doubts they had about the hidden nexus.

While Shashi Tharoor described him as “the un-ideological Kejriwal,” Randeep Surjewala tweeted: “The truth has come out. Prashant Bhushan showed the courage of revealing the truth. The Anna Hazare agitation was a RSS-BJP conspiracy to pull down the UPA Government to facilitate Narendra Modi’s accession to power.”

Spokesperson Supriya Shrinate said: “All the misconceptions have ended now. The UPA government was defamed by RSS-BJP using money power. This is how democracy was subverted.”

Veterans like Digvijaya Singh, who never had any doubt about the AAP being an RSS tool, tweeted: “What I used to say has yet again been proven correct. When I said this, people made fun of me. The innocent Anna Hazare was used as a pawn by the RSS and Kejriwal and then dumped. Will see how effective an agency Lokpal becomes in fighting corruption.” While Hazare has gone into hiding, nobody even talks of Lokpal whose role in fighting high-level corruption is fictional till now.

Though Kejriwal himself has chosen not to react, his lieutenant Sanjay Singh responded to Rahul’s tweet saying: “For how long will you hide your failures making false excuses? Stop crying now and accept the truth that the country has lost hope from both the BJP and the Congress. Today only the AAP is concerned about the country and solves problems of school, hospital, electricity and water. Only the AAP will be the nation’s choice in future.”

The Congress desperation to bring Kejriwal’s secular commitment into disrepute can be understood by his political expansion plan. While the AAP has started work in Uttar Pradesh, triggering fears of vote split in the Congress, it has become active in states such as Bihar and Madhya Pradesh as well after encroaching upon the Congress space in states like Punjab and Goa.

The faith of leaders like Bengal chief minister Mamata Banerjee in Kejriwal has also been a nagging concern for the Congress which hopes to tackle this problem by highlighting the RSS factor.

Regret not having recognised that the campaign in 2014 was propped up by the RSS: Prashant Bhushan