Will abide by whatever the party leadership decides, says one leader 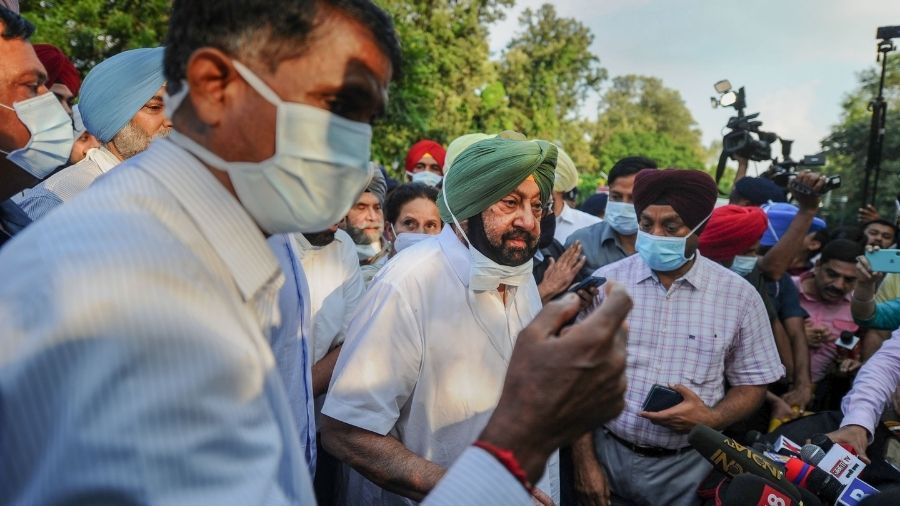 Amarinder Singh had put in his papers after speaking to the party president and shortly before a crucial meeting of the CLP on Satruday.
PTI
Our Bureau, PTI   |   Chandigarh   |   Published 19.09.21, 11:27 AM

A meeting of the Punjab Congress Legislative Party, which was slated for 11 am on Sunday, has been deferred, with party sources saying that a consensus is yet to be made on the name of the new CLP leader.

A party leader said the Congress Legislative Party (CLP) meeting has been deferred.

Party sources said a consensus is yet to be made on the name of the new CLP leader, who will be the new chief minister of Punjab after the resignation of Amarinder Singh on Saturday.

Congress veteran Capt. Amarinder Singh resigned as chief minister of Punjab with less than five months to go for the Assembly polls after a bruising power struggle with state party chief Navjot Singh Sidhu, and had said that he felt "humiliated" over the way the party handled the protracted crisis.

The 79-year-old Amarinder Singh, one of the Congress' powerful regional satraps, had put in his papers after speaking to the party president and shortly before a crucial meeting of the CLP here on Satruday evening.

He had later launched a no-holds-barred attack against Sidhu, describing his bete noire, a cricketer-turned-politician, as a "total disaster".

Congress sources had said the party -- also battling dissensions in Rajasthan and Chhattisgarh where its governments are in power -- is trying to balance equations in the poll-bound state and is likely to appoint a Hindu face like Jakhar to the top post. Jakhar, who is not an MLA, is believed to be close to the top Congress leadership.