Ashok Gehlot is likely to contest for the party chief's post 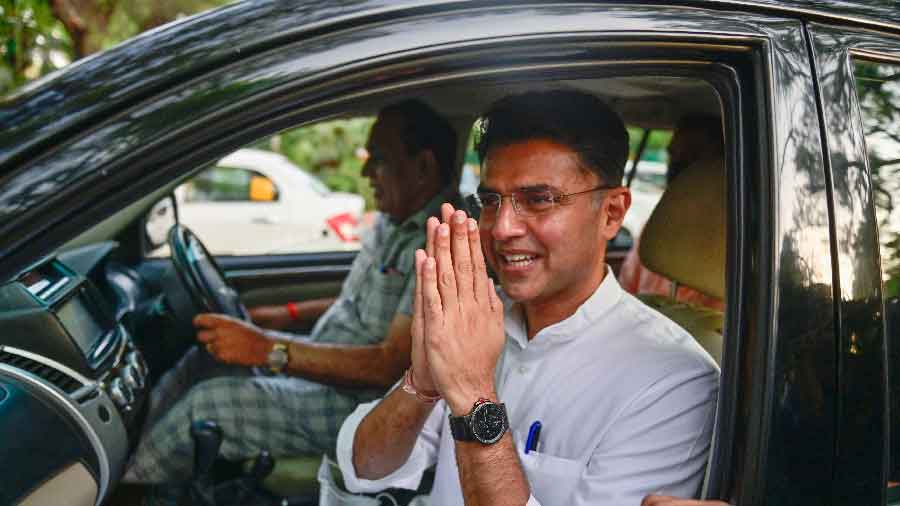 Pilot, "has the blessings of the Gandhis to take over as Rajasthan CM," ndtv.com reports.

Incidentally the incumbent CM Ashok Gehlot is likely to contest for the party president's post and with Rahul Gandhi advocating one-man, one-post formula, the former would have to relinquish the CM's post in favour of the coveted party job.

Gehlot in fact has made it clear that he was ready to resign as CM.

Earlier, responding to queries during a press conference held between the first and second leg of the day's Bharat Jodo Yatra, Gandhi said the Congress president was not just an organisational position, it is an ideological post and a belief system.

"What we decided at Udaipur, we expect that commitment to be maintained," Gandhi said on being asked whether he would stand by the Udaipur chintan shivir decision on one-man, one-post.

Rahul, also the MP from Wayanad, said he would advise whosoever becomes the president of the party that they should remember that the post represents a set of ideas, a belief system and a vision of India.

Another piece of advice he had for the contestants in the party's presidential polls was that "you are taking a historic position. A position that defines and has defined a particular view of India."