JDS sought 12 of 28 Lok Sabha seats in Karnataka and presented constituencies where it wished to contest: Siddaramaiah 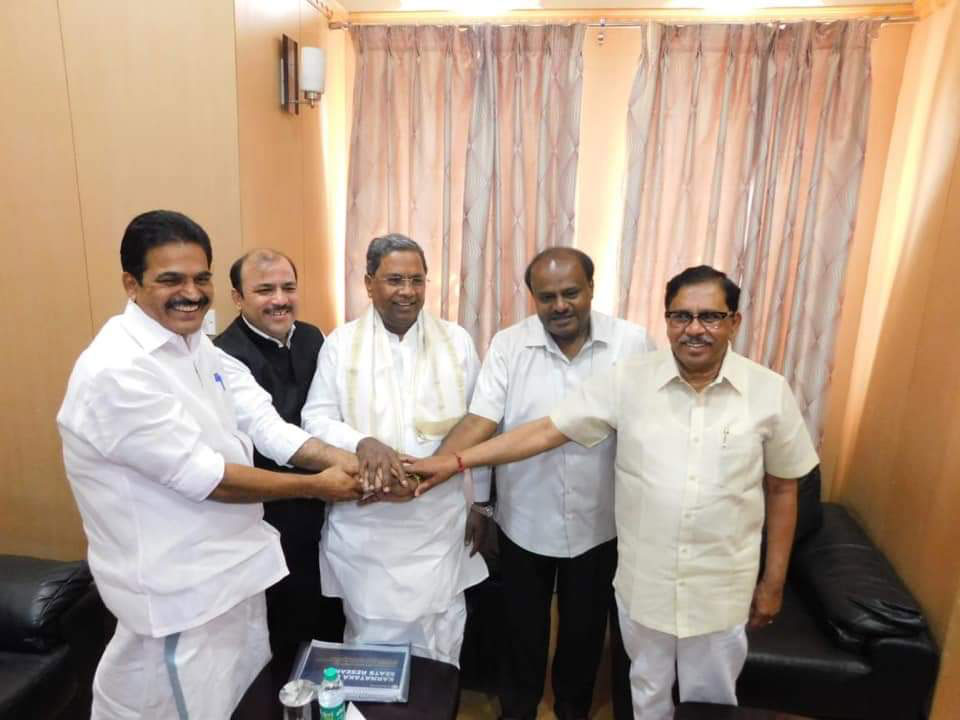 Karnataka’s ruling partners Congress and the Janata Dal Secular would finalise their seat-share arrangement for the upcoming parliamentary elections by March 10 with the sole aim of defeating the BJP, the allies said on Monday.

Former chief minister P.C. Siddaramaiah, who spoke to reporters after a meeting of the coalition coordination committee, said the discussions were held in a “cordial” atmosphere.

“We want to win the Lok Sabha polls and win the majority of the seats in Karnataka. We are moving in the right direction and hope to give the final shape latest by March 10,” Siddaramaiah, the chairman of the coordination committee, said. He said the JDS had sought 12 of the 28 Lok Sabha seats in the state and presented a list of constituencies where it wished to contest. “We have discussed the possibilities in every single seat in the state,” the Congress leader said.

Chief minister H.D. Kumaraswamy, deputy chief minister G. Parameshwara, Siddaramaiah, state JDS president H. Vishwanath and JDS national general secretary Danish Ali were those who met for a couple of hours. A few of them had met last week for a preliminary discussion.

“Some more discussions are needed before we finalise the number of seats each side would contest,” Ali said.

He said a meeting would be held between JDS national president and former Prime Minister H.D. Deve Gowda and Congress chief Rahul Gandhi.

“Once we finalise the seats we will go together for the campaign with the sole aim of defeating the BJP,” Ali added.

A JDS functionary told The Telegraph the party could settle for fewer seats. “In every negotiation there will be adjustments. But we hope to get between eight and ten seats,” said the official who did not want to be named.

“Ours will be a formidable alliance in Karnataka, as we can beat the BJP even in their strongholds,” the JDS official said.

Jadhav was one of the five rebels who had given the ruling alliance a headache following his dalliances with the BJP. He is likely to join the BJP soon.

Siddaramaiah played down the development and said Jadhav had won from Chincholi, a Congress stronghold. “I have submitted a request to the Speaker seeking to disqualify Jadhav,” he said.