Congress asks Narendra Modi to talk to farmers, listen to their demands

Government is trying to paint peasants as enemies of the country, says party 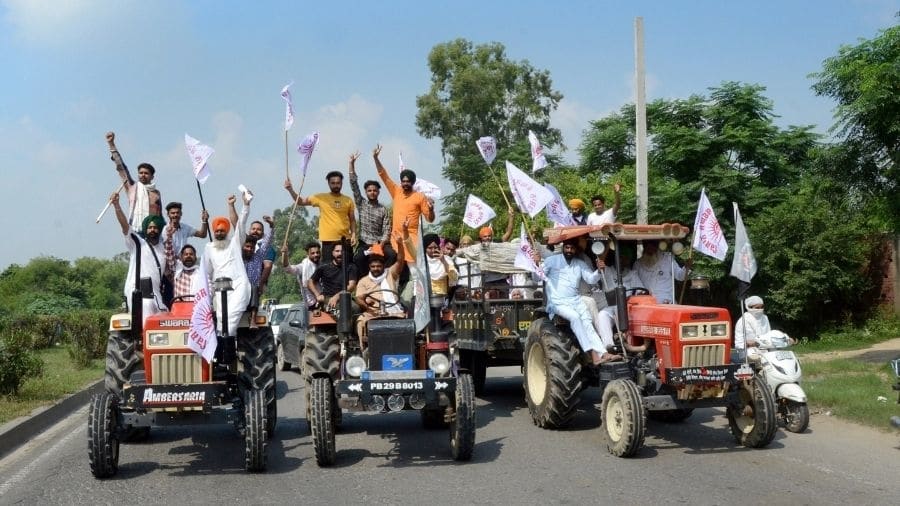 As farmers across the country held protests as part of the Bharat Bandh, the Congress on Monday urged Prime Minister Narendra Modi to talk to agitating farmers and listen to their legitimate grievances.

The Congress also alleged that instead of redressing the grievances of farmers, the government is trying to paint them as enemies of the country and that is why the farmers are protesting on the roads.

The Bharat Bandh was called by the Samyukta Kisan Morcha, an umbrella body of 40 farm unions, to demand repeal of three agri laws enacted by the Centre.

Expressing support for protesting farmers, Congress leader Rahul Gandhi said the farmers' non-violent 'satyagraha' is still resolute but the "exploitative" government does not like this and that is why a 'Bharat Bandh' has been called.

Congress spokesperson Pawan Khera said farmers are facing angst and helplessness, based on which they have called for the Bandh which his party whole-heartedly supports.

"We have to stand unitedly with the farmers, otherwise the future of our nation is dark," he told reporters.

Noting that the country has seen many prime ministers and will see many more after Modi, Khera said "You cannot be arrogant when you are the prime minister."

"You have to listen to your country and when 60 per cent of your country speaks, please speak to them," he said.

"You have a strange confidence and a strange belief in your diversionary tactics and you are very confident that come elections and you will be able to distract the attention of the country again from the basic fundamental critical issues that the farmers face today. But, I am sorry this would not happen again," the Congress leader claimed.

He alleged that the government has imposed GST on agri equipment and as if this was not enough, it went ahead without due process of consultations with stakeholders and "bulldozed all democratic norms and parliamentary practices" and brought these three "black" laws, which the farmers are protesting against.

Khera said the prime minister made a loud announcement and people took him seriously when he said on January 22, 2021 that he is still a phone call away.

Khera said each one of us irrespective of our occupation and political affiliation, needs to support the farmers and only then will this government perhaps yield.

He also said that it is a pity that the country, which is a civilisation and a civilisation which is the mother of democracies, is given a lecture on democracy when we travel abroad.

"It is shameful for all of us," he noted.

The government and farmer unions have held 11 rounds of talks so far, the last being on January 22, to break the deadlock and end the farmers' protest.

Talks have not resumed following widespread violence during a tractor rally by protesting farmers on January 26.