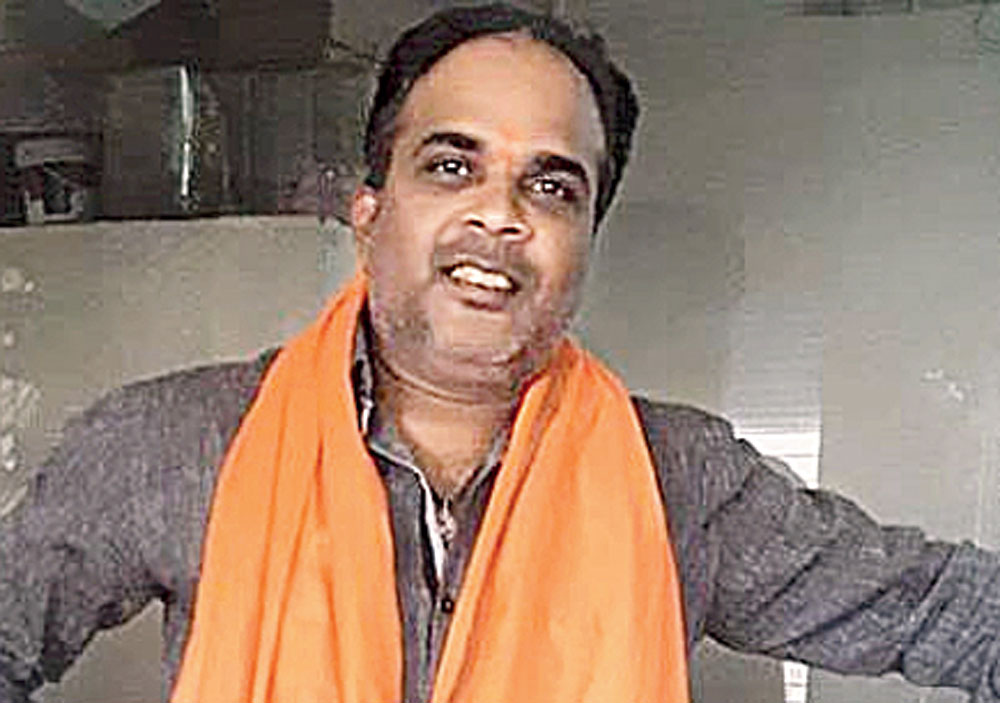 Manoj Dubey was stabbed to death after an altercation that started over a Facebook post
Sourced by the Telegraph
Our Special Correspondent   |   Mumbai   |   Published 22.10.18, 09:17 PM

A Congress worker in the Mumbai suburb of Ghatkopar was stabbed to death late on Sunday night near a Metro station after an altercation that started over a Facebook post and later spilled on to the street.

“We are yet to ascertain the reasons behind the murder. Those detained are being interrogated and we will arrest the main culprit soon,” said an officer at Sakinaka police station where the murder complaint was lodged.

Congress sources said Dubey had objected to a post against the party MLA from Chandivali, Arif Naseem Khan, with whom the victim had close ties. The slain Congress worker had asked the user, reportedly a BJP supporter, who had shared the post to take it down. Suraj got involved in the spat, which escalated into a war of words.

Later on Sunday evening, Dubey went to Suraj’s house and a heated argument started. Singh’s mother and Dubey both filed counter-complaints against each other with Ghatkopar police station.

“There was a spat between the two on social media over a post. We are trying to find out more details,” Navinchandra Reddy, deputy commissioner of police (Zone X), said.

Around 2.30am Dubey was riding his bike when he collided with a stationary vehicle near Asalpha Metro station. A fight broke out and Dubey was attacked with swords.

“He was stabbed multiple times in the stomach. He succumbed soon after being brought to hospital,” said a police officer.

It was not clear if Singh was at the spot but three BJP youth wing workers said to be close to him were picked up for questioning. The police are also examining footage from CCTV cameras installed in the locality to identify the attackers.

“We have got several witnesses who saw Dubey hitting the vehicle and then getting into a fight. Whether the people who attacked him are the same with whom he had a spat earlier in the evening is being verified,” a police officer said.

Chavan, the former chief minister, blamed the ruling party. “BJP workers have brutally killed a Congressman,” he said. “The ruling party is wiping out every political opponent before the Lok Sabha polls and is giving a free hand to goons.”