Cong + BJP versus Vijayan on Sabarimala

Vijayan blasted the leader of Opposition, Ramesh Chennithala of the Congress, for changing his stand within days of the Supreme Court verdict 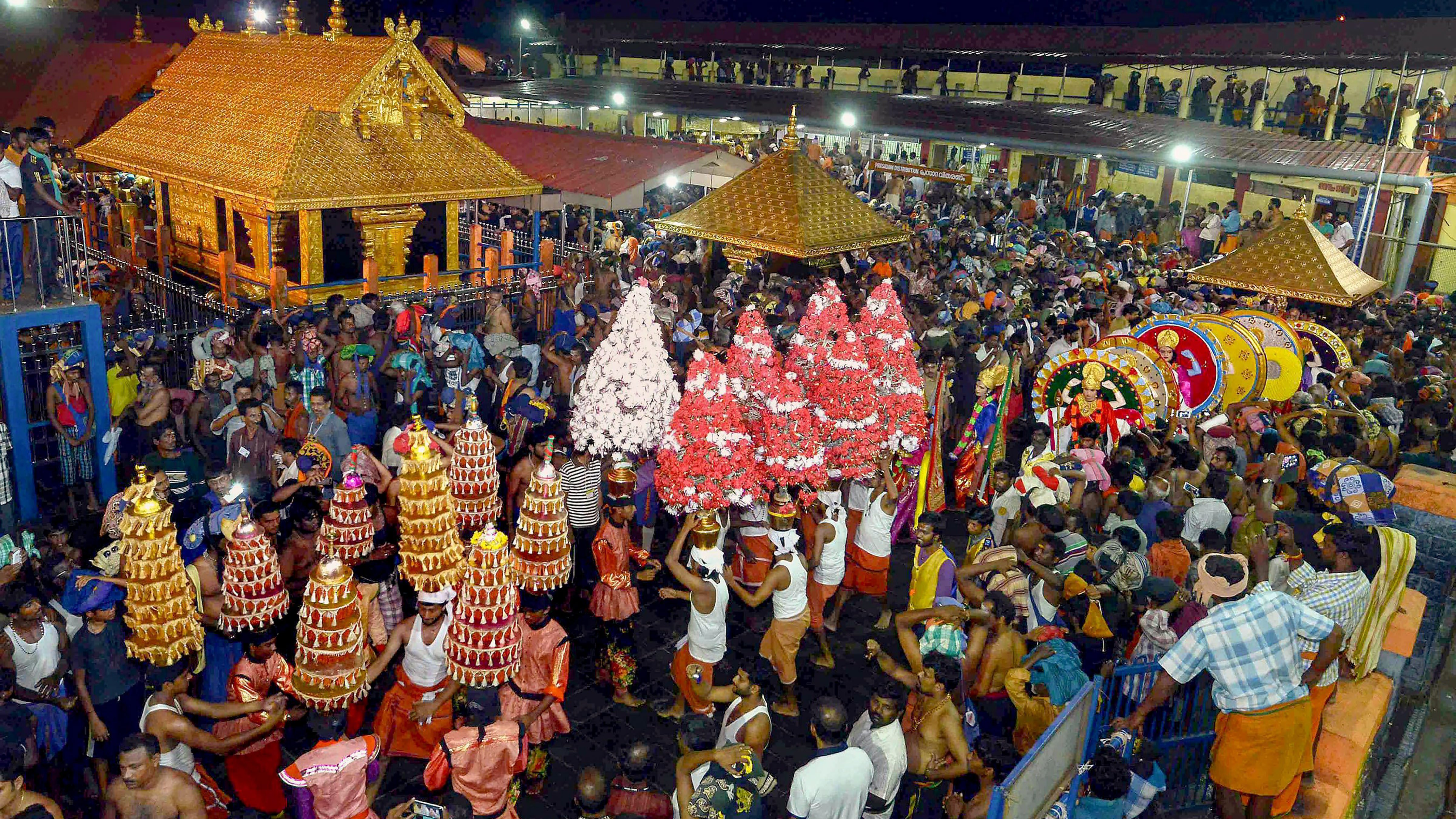 Kerala chief minister Pinarayi Vijayan on Monday slammed the Congress and the BJP for their “double standard” on the Sabarimala controversy that has been raging in the state over the past week.

Vijayan blasted the leader of the Opposition, Ramesh Chennithala of the Congress, for changing his stand within days of the September 28 Supreme Court verdict that allowed the entry of women of all ages to the Sabarimala hill shrine of Lord Ayyappa.

“Both the Congress and the BJP had initially welcomed the verdict and then made a U-turn to lead a vicious campaign against the government,” Vijayan told a media conference in Thiruvananthapuram.

The top court has lifted the bar on the entry of women in the menstrual age of 10 to 50 years to the Sabarimala temple.

Vijayan said the Congress high command, former chief minister Oommen Chandy and Chennithala had all welcomed the verdict. “The Opposition leader had even said the affidavit filed by the UDF (United Democratic Front) government was not relevant anymore.”

Vijayan said the BJP too had displayed “double standard” by initially “welcoming” the verdict and later siding with the protesters.

Gauging the public mood in Kerala, the Congress and the BJP are supporting the protests, where women are participating in large numbers, against the Supreme Court verdict.

The Left government too had initially opposed the appeal in the Supreme Court against the bar at the Sabarimala temple before supporting it.

Vijayan clarified that the Left government had nothing to do with the 1991 Kerala High Court verdict prohibiting women in the menstrual age from entering the temple and the recent Supreme Court judgment.

The 1991 high court verdict was the result of a letter sent by a man named S. Mahendran to one of the judges, seeking a ban on women of reproductive age entering the temple.

“It was his letter sent to a high court judge that was treated as a PIL. The petitioner had alleged that young women were entering the temple for praying and various rituals,” Vijayan said.

“During the arguments it had emerged that for 20 years women of all ages were allowed entry to the temple during the first of all Malayalam months, except Vishu (in mid-April) and the (main pilgrimage season of) Mandala and Makara puja,” the chief minister said.

That case had led to the high court judgment in April 1991 that barred the entry of women between 10 and 50 years into the Sabarimala temple.

Another highlight of that case was a letter by then Hindu Munnani state secretary Kummanam Rajashekaran — now the Mizoram governor — to the Sabarimala chief priest, drawing his attention to weddings, classical dances and a film shoot being held at the temple.

“This letter is significant because it shows that women had freely entered the temple those days,” Vijayan said, offering a historical perspective to his government defending women’s rights in the apex court.

The recent Supreme Court verdict was based on a petition filed by the Indian Young Lawyers Association. “The Left governments had no role in either case. But we are duty-bound to implement the verdict. If there is a contrarian verdict tomorrow, we will implement that,” he said.

He reminded those who are now encouraging street protests against the implementation of the verdict that Kerala had transformed from a “lunatic asylum”, as Swami Vivekananda once called it, to a progressive and modern state.

At the end of an epoch-making tour of the country, Swami Vivekananda had arrived in Kerala in 1892 and learnt about the rigid caste system and extreme untouchability followed by the upper classes.

“That was a time when the rights of the downtrodden majority were trampled by the feudal lords. Women (including the upper caste Nairs) were not allowed to cover their chest. People of other castes were not allowed to even be in the path of the ruling class,” Vijayan said.

“From that ‘lunatic asylum’ Kerala is today the most progressive state, thanks to the efforts of social reformers and later the land reforms for the landless, and women’s education and employment,” he added.

Vijayan reminded the Nair Service Society, which filed a review petition before the Supreme Court on Monday, about how the community was part of the struggle to throw open temples to people from all castes.

On the contrary, Vijayan said, the same NSS was now working against the entry of women of all ages to the Sabarimala temple.

The CPM on Monday called out the Congress for its “double standard” on Sabarimala, saying the Grand Old Party’s alleged flip-flops on the issue was only helping the RSS-BJP’s campaign against secular-democratic values and the Constitution.

Pointing out that the Kerala Congress was going against its central leadership’s decision to welcome the verdict by opposing it, the central committee said this duality would only help the BJP.