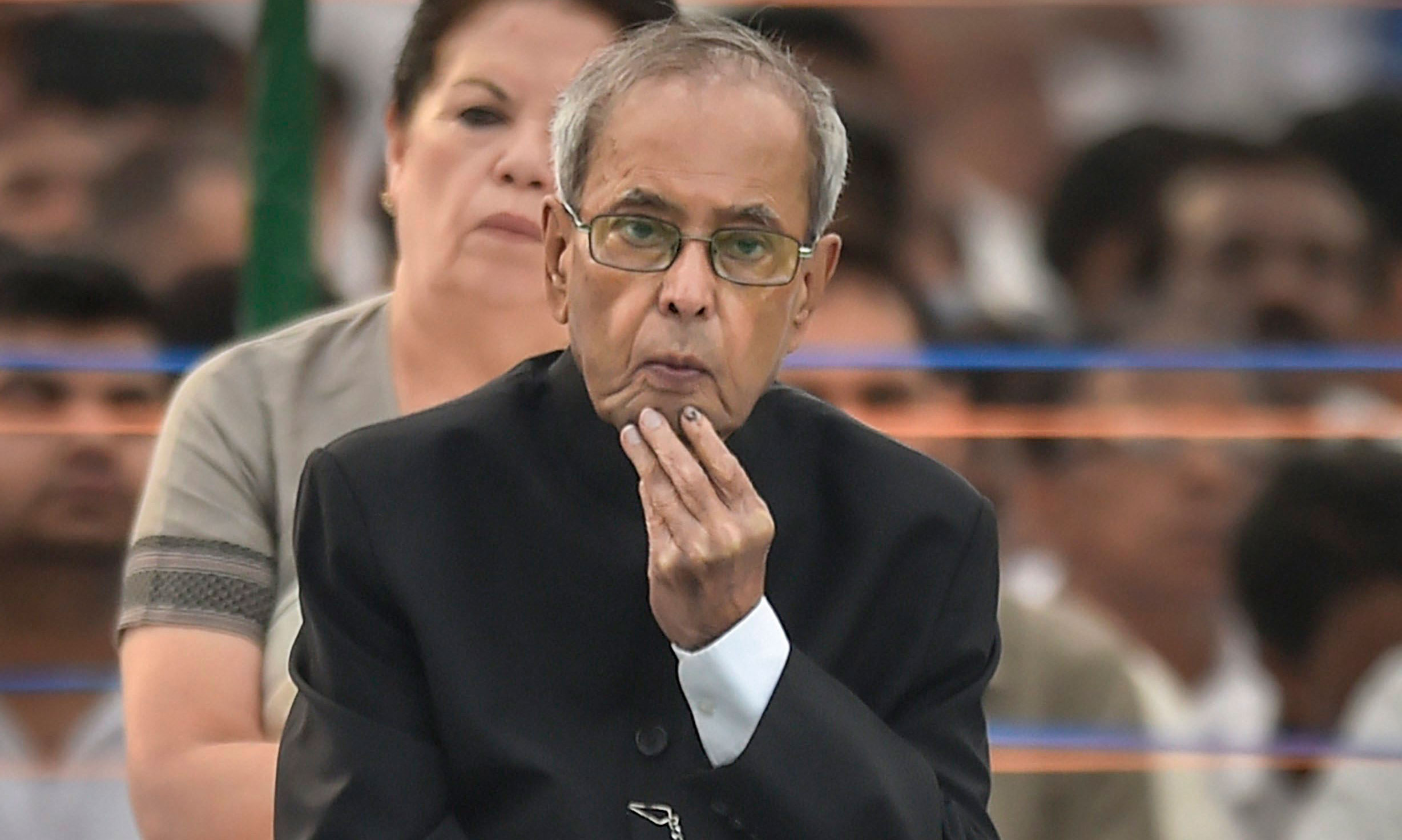 Joining the controversy over EVMs, former President Pranab Mukherjee on Tuesday expressed concern over the alleged tampering of voters' verdict, saying the onus of ensuring institutional integrity lies with the Election Commission, which should put all speculation to rest.

He said there can be no room for speculation that challenge the very basis of Indian democracy.

'I am concerned at reports of alleged tampering of voters' verdict. The safety and security of EVMs which are in the custody of ECI is the responsibility of the Commission,' he said in a statement posted on his Twitter handle.

People's mandate is sacrosanct and has to be above any iota of reasonable doubt, he said.

'The onus of ensuring institutional integrity in this case lies with the Election Commission of India. They must do so and put all speculation to rest,' he said.

Mukherjee said as a firm believer in the country's institutions, it is his considered opinion that it is the 'workmen' who decide how the institutional 'tools' perform.

Protests broke out in some parts of Uttar Pradesh on Tuesday after videos of alleged movement and tampering of EVMs went viral on social media, a charge dismissed by the EC as 'frivolous' and 'unfounded'.

The Congress said the commission should take immediate and effective steps to address the complaints of movement of EVMs from strongrooms from various parts of the country.

Top opposition leaders, who met here on Tuesday, also decided to move the election commission to press for their demand of tallying the VVPATs with the EVM figures.