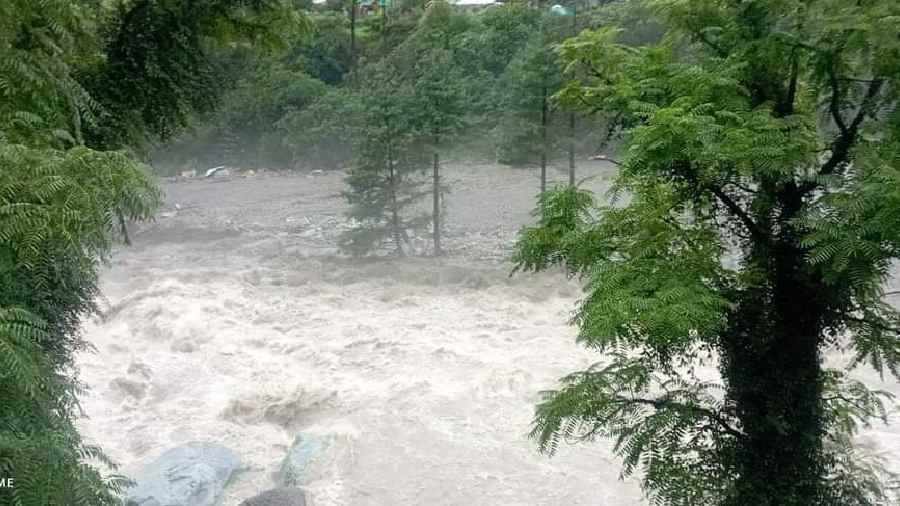 Over 25 employees working at the Malana power project in the district were also rescued from a building that was damaged by flash floods.

At Manikaran in the district, at least four people have been feared washed away and the bridge across Parvati River damaged in flash floods triggered by a cloud burst, they said.

Besides three persons are feared drowned in separate parts of Kullu district amid heavy rains.

State Disaster Management Director Sudesh Mokhta stated that four to six people have been missing after the cloudburst occurred at Chojh village in Challal panchayat of Kullu district at around 6 am.

Kullu Superintendent of Police Gurdev Sharma said the bridge across Parvati River was also damaged in the cloudburst at Chojh.

Four persons have been reported missing, he said, adding, a search operation in progress.

The floodgates of Larje and Pandoh dams are being opened and the people living in downstream areas have been put on a high alert.

Relief and rescue operations are underway.