He accused the BJP of crossing the limits of 'shamelessness' 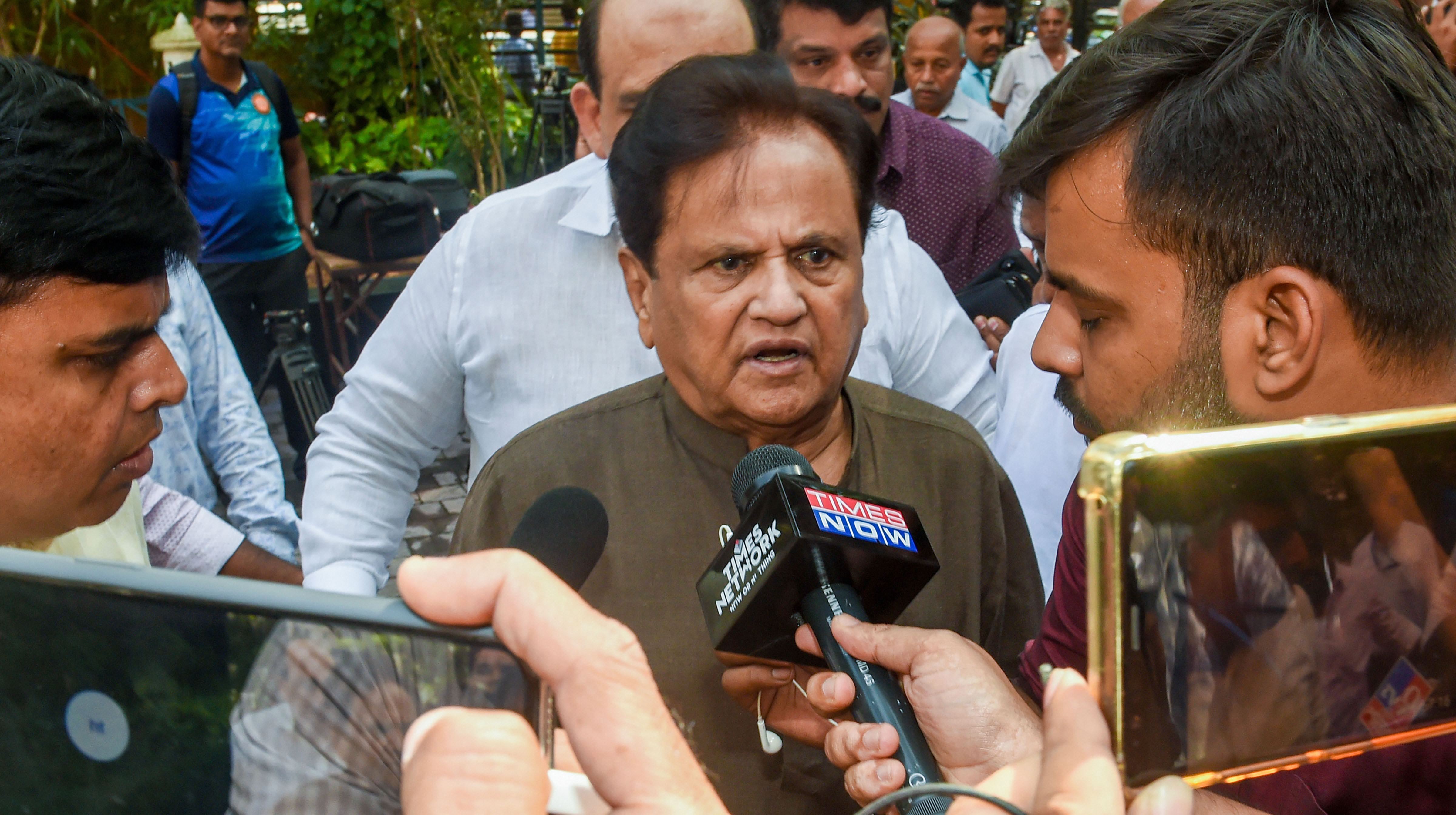 The 'clandestine' manner in which Devendra Fadnavis was sworn in as the chief minister of Maharashtra will be written in black ink in the history of the state, senior Congress leader Ahmed Patel said on Saturday.

He accused the BJP of crossing the limits of 'shamelessness', adding democracy stands 'shattered' after the it formed the government by joining hands with NCP president Sharad Pawar's nephew Ajit Pawar.

Patel recalled that governor Bhagat Singh Koshyari had not invited the Congress to stake claim to form the government in the state after the BJP, Shiv Sena and NCP were asked to do so earlier this month.

'There was neither band-baja (celebration) nor a procession as the chief minister was sworn-in in a clandestine manner...the incident will be written in black ink in Maharashtra's history,' Patel told reporters here.

He also said that the list of MLAs submitted to the governor by Ajit Pawar was 'not verified' and the Governor did not speak to anyone else.

'I can smell something is wrong the way oath was administered discretely...They have crossed limits of shamelessness,' Patel said.

He also dismissed charges that there was delay on part of the Congress to form government in the state with the Shiv Sena and NCP.

'These allegations are baseless,' he said.

Patel also said that the three parties will fight out on both political and legal front.